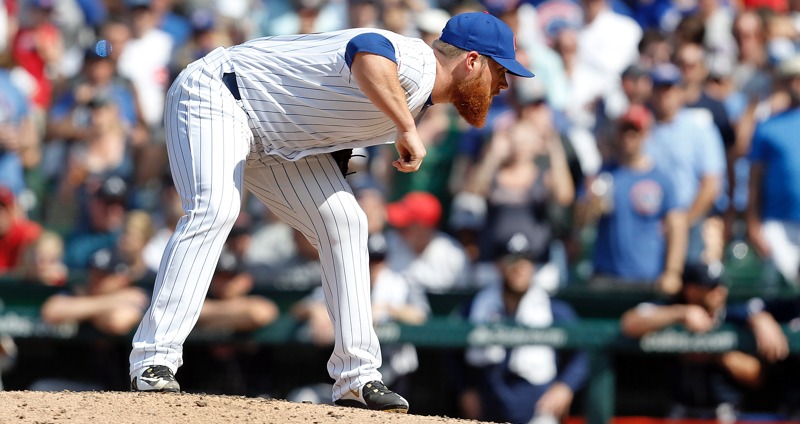 It’s never a *bad* thing to have a whole bunch of usable pitches – ask Yu Darvish – but the reality is that most pitchers are able to successfully deploy only a small number of pitches. Think about everything that goes into throwing a pitch well enough to compete with it at the big league level: velocity, arm angle, release point, grip, spin rate, spin axis, control, command, tunneling, conviction, health. Every big league pitcher knows how to throw a curveball. But not every big leaguer can throw one well enough, consistently enough, hard enough, etc. enough to actually use it in the big leagues.

A lot of that is why former starting pitchers transition into the bullpen. Succeeding as a starter usually requires at least three solid pitches, otherwise it’s just too easy to get on you after a trip through the lineup/you get crushed by other-handed batters. But in relief, with shorter outings that are often match-up optimized, you can easily get by with just two pitches. And if focusing on those two pitches actually makes them even more effective? All the better.

So that’s how a guy like Craig Kimbrel could be so dominant for so long with just two pitches (four-seam fastball, knuckle curve), and you’d never even need to seriously entertain adding a third pitch. Have two plus-plus pitches was plenty for his role.

But as we’ve discussed, it’s possible that Kimbrel, 32, is being forced to transition into a new phase of his career, where the four-seamer is no longer going to feature that super elite velocity, and maybe the location is evading him more often, too. To regain his footing if the velocity isn’t coming back, well that’s going to require improved command, improved movement, and even more success with his knuckle curve.

It would probably also help him if he added a third pitch.

While a reliever never needs to add a third pitch to have success, it certainly couldn’t hurt to have it available in the back pocket to reduce a hitter’s ability to key on only one of two pitches and only one part of the zone. For Kimbrel, it would be particularly helpful if he had a changeup to pair with the fastball, which could not only induce its own issues (whiffs and weak contact), but might also “speed up” the fastball a bit for hitters who were wanting to sit back on it.

The changeup has always been that third pitch Kimbrel kinda held back in reserve, but never actually deployed. Brooks Baseball has logged just four changeups thrown by Kimbrel in his entire career. Not much usage for a third pitch. But Kimbrel is still thinking about busting it out.

“(The) changeup is definitely a pitch I’ve been working on,” Kimbrel said after his intrasquad appearance this week, per The Athletic. “I’ve been working on it for a long time, but recently I’ve been throwing it a lot more. It’s definitely a pitch I’m getting more feel with. If it presents itself and I feel confident enough to throw it in a game, I will. If it’s a pitch I can get somebody to swing and miss or get somebody to hit a groundball with, I’m definitely going to try it out and use it in the game. I’m trying to get outs any way I can.”

Obviously a guy has to believe in a pitch enough to use it in a big league game, and it’s a little hard to imagine Kimbrel going from zero usage to totally busting the changeup out as a third pitch he’s throwing in every appearance. That said, I do remember chatter about Kimbrel playing around with it more this past Spring Training than he has in the past, so maybe the plan already  was for him to start integrating it more on the regular? And we just didn’t get a chance to see it because Spring Training shut down?

Here’s hoping. Obviously the fastball and the curve are still going to be Kimbrel’s bread and butter if he’s going to succeed this year. And hey, I’m still hoping he can get back to cranking it up to 97/98 mph. But if he could add a changeup here and there – just enough that the batter does at least have to consider the possibility that the juicy 95 mph fastball he thinks he’s seeing is actually an 83 mph changeup that’s about to drop – that would be enormous for whatever transition Kimbrel may be working through.