It was wild enough when MLB released its new 2020 schedules this week, but now they’ve gone nuts and already dropped their *2021* schedules.

This early on, the schedules are tentative, but the league is planning to play a full slate of 162 games next year. The Chicago Cubs open up on April 1 (no joke), at home against the Pirates. Interleague play features the AL Central again, and the Cubs wrap things up in St. Louis on October 1-3.

I’d offer more analysis about the timing of the Central match-ups, the nice accumulation of off-days in the final month of the season, etc., but it just seems crazy early to get into all that before the 2020 season has even happened. So, instead, I mostly just wanted to share the schedule since it just came out. I’m guessing there are planning/logistical/broadcasting reasons this is coming out so early. 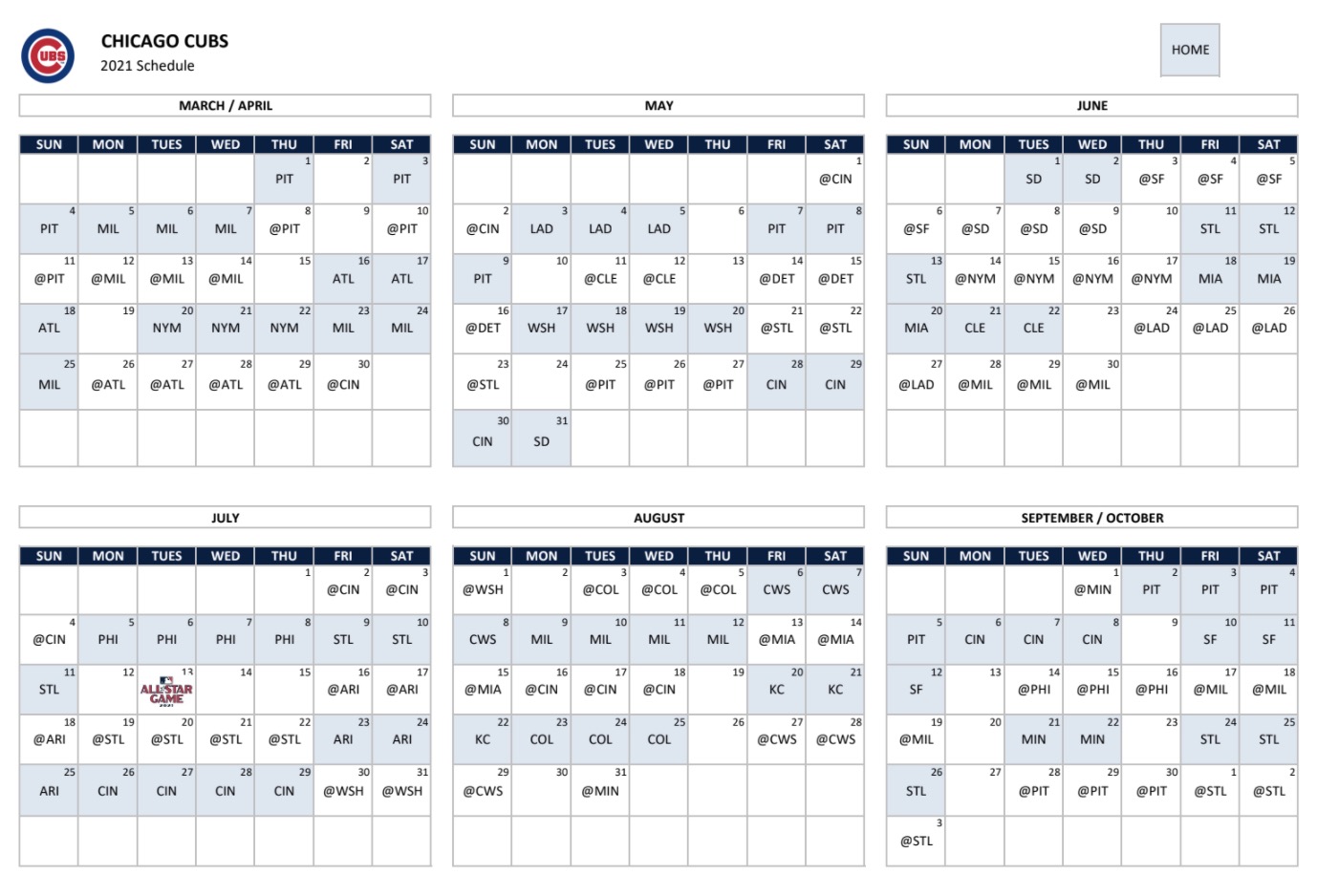