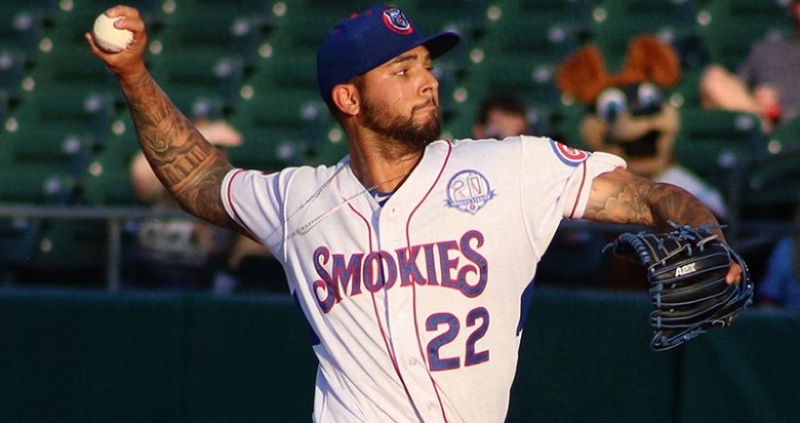 Although there are no official announcements yet, there are some roster reports worth sharing on some of the players who will head to South Bend to be the latest additions to the Cubs’ official 60-man player pool. Bryan has heard that lefty pitching prospect Jack Patterson is headed to South Bend, he scoped an IG hint that Tyson Miller was coming, and Cubs Insider reports that they’ll be joining pitching prospects Cory Abbott and Justin Steele.

These moves are not official, and there is presumably an intake process first. Moreover, Theo Epstein just told the media that there’s nothing to announce right now:

Theo has no announcement on additions to South Bend roster. "We've had extension conversation about internal options," but may have news next week.

(Steele, for one, appears to have confirmed the news on his IG story, and ditto on Miller.)

So, let’s say it’s not official, but it’s likely.

Each of the four is among the Cubs’ most upper-level, big-league-adjacent pitching prospects, and all four were among the names we expected eventually to find his way to South Bend. Each could contribute at the big league level this year if necessary, but also each is important enough to the organization that they need this development time. Very glad to hear this news.

Abbott, 24, was the Cubs’ minor league pitcher of the year in 2019, having owned at AA, particularly in the second half. The Cubs’ 2nd rounder from 2017 was set to start at AAA Iowa this year, where we would have gotten a better gauge on just how soon he could compete for a big league rotation job. As things stand, it’s a lot less likely that he’d get a serious look for the Opening Day rotation in 2021 (even though it might have several openings), but he’s right there in a group of starters who’ll be in the depth mix next year and beyond. And he’s got the talent to break out.

Miller, 24, got even better results than Abbott at AA, earning a midseason bump to AAA, where he struggled to adjust (as pretty much all pitching prospects did in 2019 thanks to the juiced ball). Miller, the Cubs’ 4th rounder in 2016, is already on the 40-man roster, and is with Abbott in that group of could-be-a-Cubs-starter-in-2021+. The Cubs really need this development time with Miller.

Steele, 24, is another year removed from Tommy John surgery, and quite clearly features a big-league-caliber fastball and curveball. The questions are whether he can command them well enough to have consistent success, and whether the changeup will allow him to keep starting, or if he’ll need to move into the bullpen. If the command were consistently there, he’s a big league contributor immediately out of the bullpen, in my view. But the Cubs don’t have to make that leap just yet, especially if they can be patient in the post-TJS window.

Patterson, 24 (hey, they’re all 24!), was a breakout lefty for the Cubs in 2019, putting up obscene numbers in his run from Low-A to High-A to AA, all in one season. Patterson, a 32nd rounder in 2018, throws his fastball in the low-90s, but pairs it well with a good curveball and a nasty slider. Nobody could hit him for boop last year. Not unlike Steele, you could see a future near-term reliever there, but you also kinda want to give him a little more time to see what he could be as a starter.

If and when the group of pitchers is added to the 60-man, it will be up to 55 players.