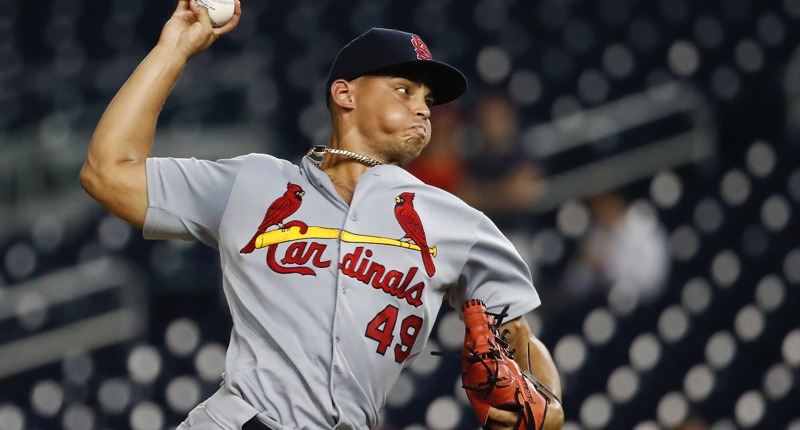 St. Louis Cardinals closer Jordan Hicks, who was due to come back this year from Tommy John surgery, is instead opting out of the season.

Jordan Hicks has opted out of the 2020 season, citing pre-existing health concerns. pic.twitter.com/WjNhHaDqHy

This is the first time I’ve seen an opt-out decision phrased as including the “pre-existing health concerns,” which would mean Hicks can opt out while still receiving his salary and service time. Hicks has Type 1 diabetes, which is a risk factor for a COVID-19 infection. All the best to him and his family.

Hicks, 23, was coming back from Tommy John surgery, and although he likely would have been able to pitch this year – in terms of his recovery timeline – there’s no telling whether he would have been back at max effectiveness. That first partial season back from Tommy John seems to be a little more hit-and-miss for guys than the years thereafter. That is to say, maybe this will ultimately be for the best for Hicks in any case. Whatever he needs to do, he’s going to supported for the decision.

As for the Cardinals, the questions in their bullpen only grow larger. There are questions about Andrew Miller’s health and effectiveness, John Brebbia had Tommy John surgery, and all of Giovanny Gallegos, Alex Reyes, and Genesis Cabrera are out of camp right now.