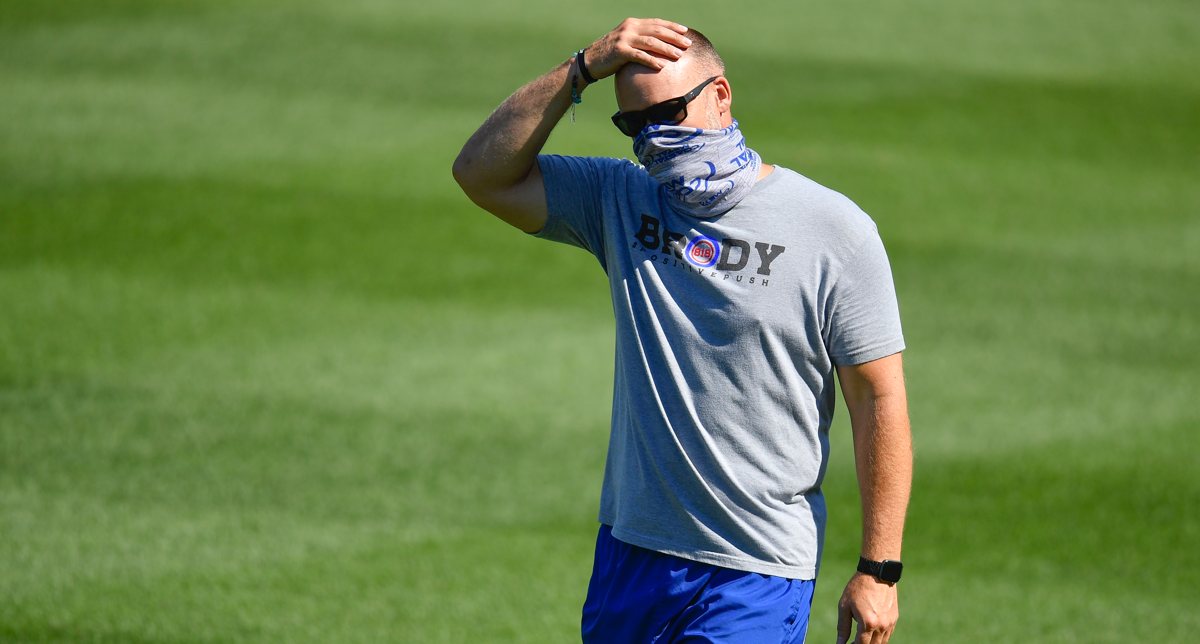 Updating on the weird situation from earlier today with some of the Cubs’ tests not coming back in time for the early portion of today’s workouts, which meant that David Ross and five other individuals sat out because they weren’t certain they were cleared. It was also notable that David Ross’s message expressly cautioned that it didn’t necessarily mean anything bad.

Now we know why he said it like that, and we know more on the tests themselves. First, here’s why the delay for only a portion of the Cubs’ tests:

#Cubs Hottovy: my understanding on pending tests means those tests were in a batch where there was a positive test(s) so they have to rerun them all. HOWEVER, batch is a mixture of tests from all teams.

That makes sense. Using this kind of batch processing is a way to speed up testing and make it more efficient. You test together in large groups, since you expect most tests to be negative, and if they’re all negative you’re good to go. If there’s a positive in a group, then you have to do specific tests only for that particular group.

As for the results, five of six came back clear:

The Cubs received five negatives back for the six Tier 1 individuals who skipped today’s workout as a precaution while waiting for COVID-19 test results. The sixth pending test, which does not involve a player or manager David Ross, had been compromised and requires a redo.

So, then, the conclusion here – so far – is that the players all remain negative, and the one outstanding test does not necessarily mean it’s a positive. The delay was also not too far outside the bounds of what the league is supposed to be doing (48 hours), but you can see how this kind of delay would cause huge problems during the season: you could have groups of players having to sit out a day while they wait back on the results of a group re-check (lest they show up and risk infecting others while not knowing the results of their latest test).