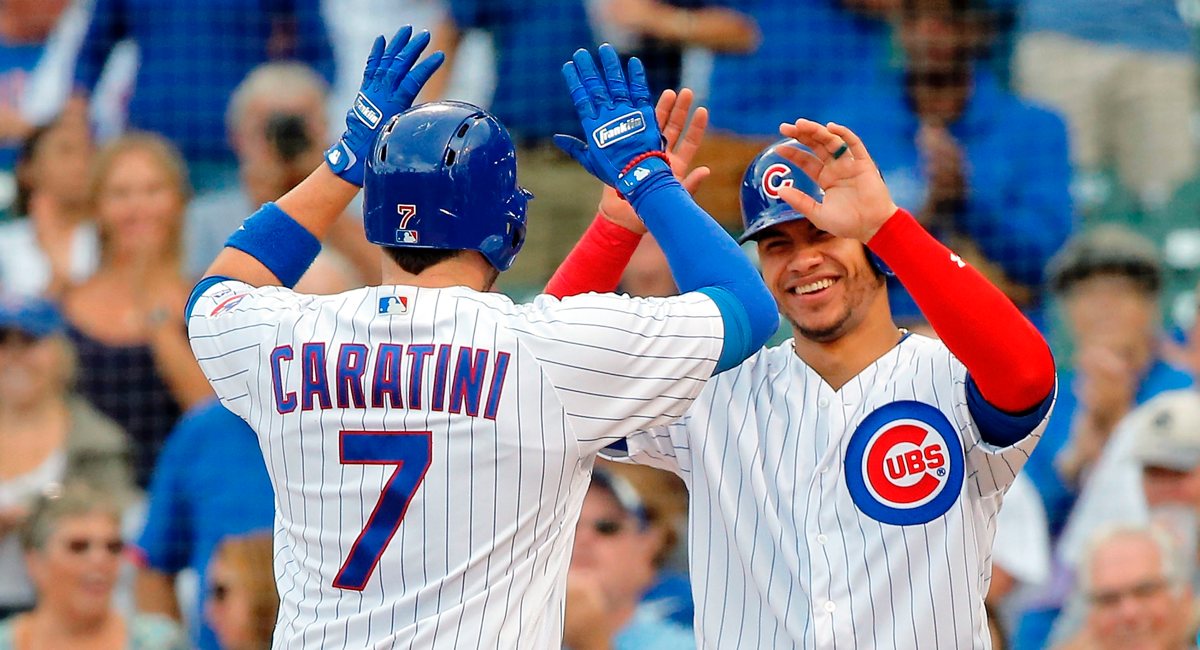 If you were wondering whether some previous pitcher-catcher pairings would carry forward this year, you can now have that information confirmed.

In the recent past, we’ve seen Jon Lester almost exclusively caught by Willson Contreras in the post-David Ross era, and we’ve seen Yu Darvish increasingly caught by Victor Caratini. According to Contreras and Pitching Coach Tommy Hottovy, those two duos will continue this season and start right out of the gate. And Contreras, by the way, takes no offense at the Caratini-Darvish pairing, because he just wants to win.

You don’t want to create too many “personal catcher” situations if you can avoid it, but the reality is that, in addition to overall defense, game-calling, etc., what you want most from your catcher is an ability to get the most out of that day’s starting pitcher. That means a relationship where the pitcher feels most comfortable. That means a keen understanding of what the pitcher wants to do and how his stuff is playing that particular day. It means knowing how and when to push this button or that button. For guys like Darvish and Lester, I’m extremely comfortable with them wanting their guy, and that’s that.

Plus, the setup doesn’t necessarily create any potential offensive deficits for the Cubs.

The Cubs are extremely fortunate to have two catchers who, individually, are not guys you worry too much about the platoon split. Caratini is a switch-hitter whose wRC+ is nearly identical against lefties and righties. And although Contreras has hit lefties better in his career (136 wRC+), he’s also a solidly above-average hitter against righties (110 wRC+ career, 118 last year). It’s not like either catcher is someone you’d be annoyed to start on a given day because his pitcher is pitching – you’d want to start them any day anyway.

Moreover, with the designated hitter available this season, there will never be a day that the Cubs *have* to sit down one of these two solely because of the starting pitcher. If they’re both raking and Yu Darvish is on the mound, well, then, groovy. Willson Contreras is your DH that day. Boom. This setup doesn’t have to take away at bats from Contreras.

I suppose the only “issue” I can think of – and I hesitate to even call it an issue – is that when Lester is starting and Contreras is catching, you might be slightly less inclined to want Caratini DH’ing instead of Kyle Schwarber. Why? Well, as Lester has given up more and more hard contact in the air in recent years, you see more difficult/important plays out to left field from an opposing lineup that’s full up on righties. That means more chances for Schwarber, who is absolutely not unplayable out there or anything like that, but he’s likely much less effective defensively than, say, Ian Happ. So you might want Schwarber DH’ing on those days, and you just give Caratini the day off. Or you let him start at first base, where he’s perfectly fine, and give Anthony Rizzo the day off. See? It’s all fine in any case. Not really an “issue.”