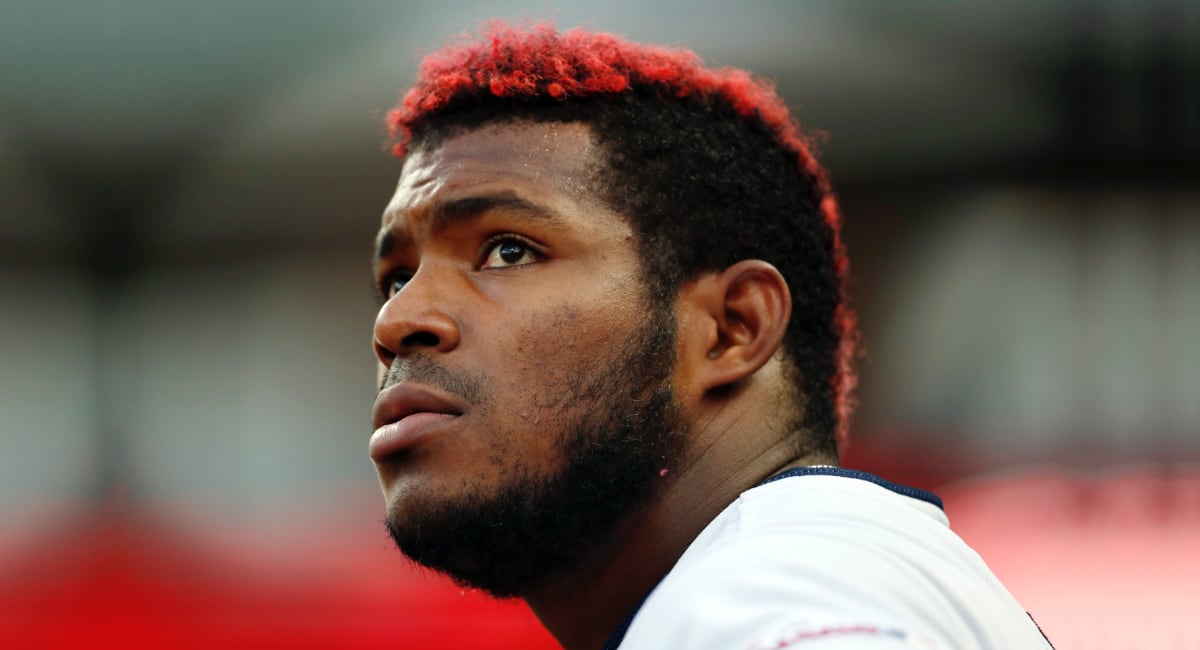 When Jon Lester signed his six-year, $155M deal with the Chicago Cubs back in 2015, the 2021 season felt about as far away as 2050. And for the most part, given how well the deal has gone for both sides, there’s been very little discussion on his $25M mutual option ($10M buyout) in 2020. However, thanks to COVID-19, that conversation has snuck up on us, with a mildly important new wrinkle on the vesting option.

Earlier today, Brett discussed what it would take for Lester to get his (now 74.1) innings in this season to make the 2021 option vest, ultimately deciding that’s very likely out of reach for him. Nonetheless, it was important to note that the league and union came to an agreement, because for many other players those new thresholds are still reachable and have been notably adjusted to account for the shortened season. But that’s not the case for everybody.

J.A. Happ (and his $17M vesting option for 2021) is one of a handful of players with special covenants in the March agreement that require these sort of thresholds to be renegotiated, lest they be taken before an arbitrator, upon the resumption of the season.

And he’s not alone:

As Joel Sherman writes, “This benefits the Yankees because they like Happ, but not enough to risk triggering his 2021 option. The Yankees, with considerably less revenue coming in this year and uncertainty about if fans will even be allowed to attend games in 2021, would not want to pay a back-end starter $17 million next year, especially since they have starters they like more also coming up on free agency in James Paxton and Masahiro Tanaka, and a position player in DJ LeMahieu. If the Yanks are in a position in which they want to lower payroll, Happ would not be a priority.”

If Happ’s deal were scaled down, he’d need to reach 10 starts or 61.1 IP this season, both of which are doable. But if the Yankees have their way, he may have to agree to something tougher to reach than that (or lesser future incentives). And other players (probably mostly pitchers) may have to, as well. For what it’s worth, Andy Martino reports that both sides are currently working to resolve the situation, but Happ may not have that much leverage – depending on how much he hopes to gamble on the whims of an arbitrator.

Joe West may not believe in the risks of COVID-19, but many of his peers do. And according to Jon Heyman, 11 umpires have so far opted out or decided not to participate in the 2020 MLB season, including some with sick family members. Obviously, none of them need sick family members – or to be sick, themselves – to decide to opt out, and I continue to throw support behind any person who decides not to play/ump/coach/manage/etc. this season.

I’m really not sure what it’ll take to get through to some people.

The Rays and COVID-19

•   Rays pitcher (and former Pirate) Tyler Glasnow is back from his 14-day quarantine after testing positive for COVID-19 during the intake screening process and is feeling good. Fortunately for him, his symptoms were only ever mild.

•   Rays catcher Mike Zunino is experimenting with different masks to wear under his catcher’s mask this season, which makes me wonder if we’ll see more of that from catchers than anyone else, given how much more and closer interactions they have with batters, umpires, and pitchers. I haven’t heard anything on the Willson Contreras/Victor Caratini front, but we’ll keep an eye out.

The bat flip
The celebration

Last week, outfielder Nick Markakis opted out of the 2020 season, and today, the Braves have made a move to replace him: Signing free agent outfielder Yasiel Puig!

Puig deal with #Braves will not be finalized until physical is complete, source says. First: @Feinsand. And yes, @BrianC_Chandler was on it.

Did you remember he was still a free agent?

It’s incredibly unclear what Puig can bring to the Braves this season – other than some electricity – but he has been an above-average hitter every season of his career, including a 123 wRC+ as recently as 2018. And not entirely unrelated, top prospect and outfielder Cristian Pache (you may remember him from the Kris Bryant trade rumors) is apparently dealing with a sore ankle. So with that and Markakis’s opt-out, signing Puig makes plenty of sense for a team that absolutely expects to contend in 2020.

Puig is in agreement with Braves but deal is pending physical. Pache ankle is being examined; originally it was thought to be a day to day situation but he’s sore today.

•   Masahiro Tanaka felt no concussion symptoms after taking that 112 MPH liner off the head (off the bat of Giancarlo Stanton), so that’s good. It’s not yet clear when he’ll be back, but he seems to be mostly out of the woods in terms of injury.

Masahiro Tanaka said he’s felt no concussion symptoms since leaving the hospital 10 days ago. Feels fortunate it wasn’t worse. Does not yet know when he will be on the mound again for a bullpen but hopes soon. Called it a step by step process.

•   I thought this was fun. For me, I’m going bottom middle and then top right. I prefer the brown/tan glove look – in terms of style – and in terms of comfort/fit, those two are closest to the gloves I used to use:

You got called up to the show. Congrats. Now which glove you choosing? #ObviousShirts #A2000 pic.twitter.com/1nHPnZT5qM

•   Good catch (I would have broke my nose if I tried this):