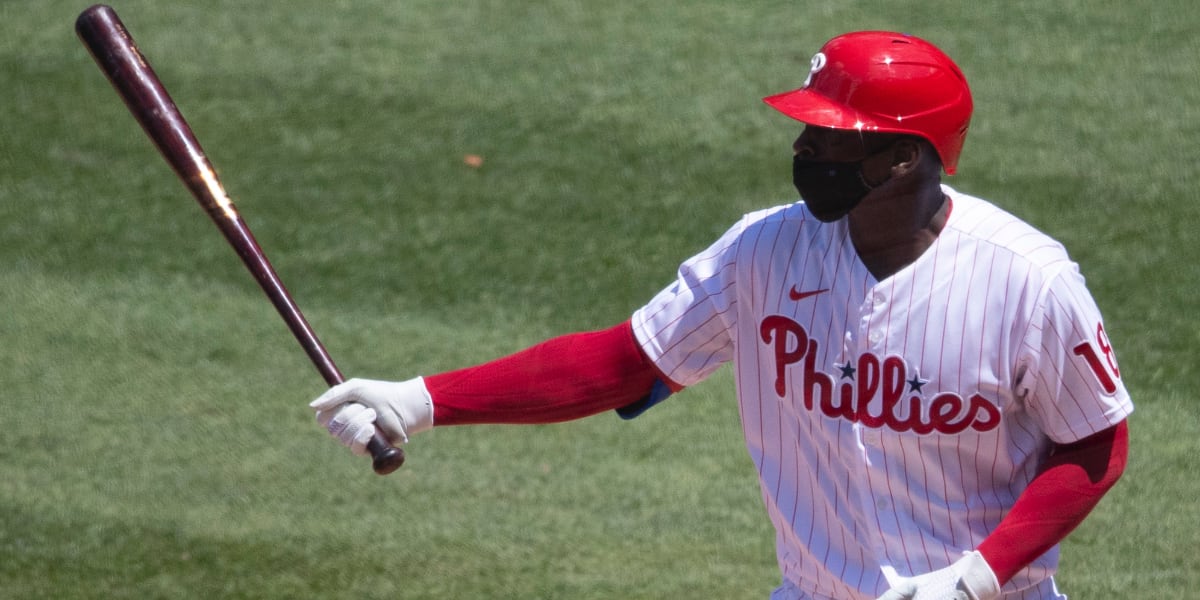 I still cannot access my Twitter account after yesterday’s hacking incident across the country. It is very frustrating (probably not as frustrating as those who lost thousands of dollars in bitcoin, I imagine, but still). I’m going to start texting all my Tweets to the Bleacher Nation group chat if this doesn’t get resolved soon.

At least my last Tweet (if that’s what it becomes) was a good one:

Didi Gregorius is High Risk, But Playing Through

Didi Gregorius is one I guy I was pushing the Cubs to sign last offseason, and he wound up signing with Philadelphia for just $14M over one year. In a prorated season, that’ll cost the Phillies just a hair over $5M, which seems plenty worth it, given the upside, particularly in a shortened season.

And for what it’s worth, Gregorius (0.9 WAR) is projected to lead the Phillies to the 14th most productive shortstop position in MLB this season (1.1 WAR overall when you include the backup contributions). But if he had put up that same 0.9 WAR for the Cubs at second base, where I envisioned him, he would’ve taken the position from an 18th best projection well into the top-10. And if you account for the fielding bump he’d likely get from moving across the diamond from SS to 2B, it’s fair to say the Cubs could have *significantly* improved their second base outlook here in 2020 for a hair over $5 million.

Anyway, Gregorius has been classified as a “high-risk” player this year, because of a chronic kidney issue, but will play this season and wear a mask at all-times on the field.

Didi Gregorius said he was classified as a "high-risk player" because of a chronic kidney disease. He talked it over with doctors here and said he feels comfortable with the situation. He'll wear a mask at all times while on the field.

He also picked up tattooing:

Didi Gregorius is an avid photographer and learned to play piano when he recovered from Tommy John surgery. So what hobby did he pick up during the three-month lay-off? Tattooing.

Which reminds me, remember that time Javy Baez gave himself a tattoo:

El Mago Really Can Do Everything, Including Giving Himself a Tattoo https://t.co/Tgt9p7g03Y pic.twitter.com/Ki626ZGBnT

During MLB's intake screening, the rate of positive coronavirus tests was 1.8%.

Since moving to the monitoring phase, about 0.2% of tests have been positive.

Opening day is a week from tomorrow.

The season will undoubtedly hinge on (1) the effectiveness of the protocols MLB has put into place (which have already come into question, given the testing result delays) and (2) the seriousness with which players and team personnel take these protocols, but starting from the strongest possible position is a huge help. The closer that number gets to zero before opening day, the more room for error there will be. Obviously, we’d all like the error to be close to zero, but we know that’s not possible.

Moving on, this is of course a logical and understandable decision for MLB, but you have to wonder how this affects the strategic balance for teams/games played after scouts are again allowed:

Major League Baseball has decided not to allow scouts in ballparks initially, but will revisit the policy after games start, sources tell The Athletic.

Frankly, teams may just have to deal with it. But there are at least some reasons to believe a few organizations may luck out with advanced scouting against more important competition. Oh well. We’re going to have to “deal with” a lot this year, this is pretty low on the priority list.

Former Cub Brad Brach and reliever Jared Hughs were placed on the injured list without a reason, which could mean that they’ve tested positive for COVID-19, but it could also mean simply that they’ve come into contact with someone who’s tested positive for COVID-19, which is a pretty big distinction for which I want to prepare us before this season begins. Just because someone is on the COVID injured list does *not* mean they have COVID-19.

Mets relievers Jared Hughes and Brad Brach, both of whom have yet to appear in camp, were both just placed on the injured list. No reason given.

The results are in! ⚾️

But here’s the thing: Those four are obviously a perfectly reasonable group and probably the most talented players in the NL in 2020. But in a shortened season, I’m not sure that’s going to matter. I genuinely think almost anybody can end up being the MVP in such a short season. 60 Games is just not that long.

For example … Bryan LaHair became an All Star after slashing .290/.373/.554 (146 wRC+) through his first 60 games with the Cubs in 2012 … and then didn’t play in the big leagues again. Maybe those numbers don’t make him an MVP, but I think it proves my point. The “usual suspects” for MVP may not be the finalists at the end of the season.

For what it’s worth, ZiPS projects a .285/.365/.532 slash line for Acuña this season, which, even at his position, even with all the homers and stolen bases, might not be enough to win the award. At the same time, at his age, knowing what we know about peak seasons now, I would expect him to outperform that forecast.

•   One question surrounding each team in the league, including David Ross’ impact on the Cubs, if we’re buying the White Sox hype, if Bryce Harper will ever have another one of those monster seasons and more.