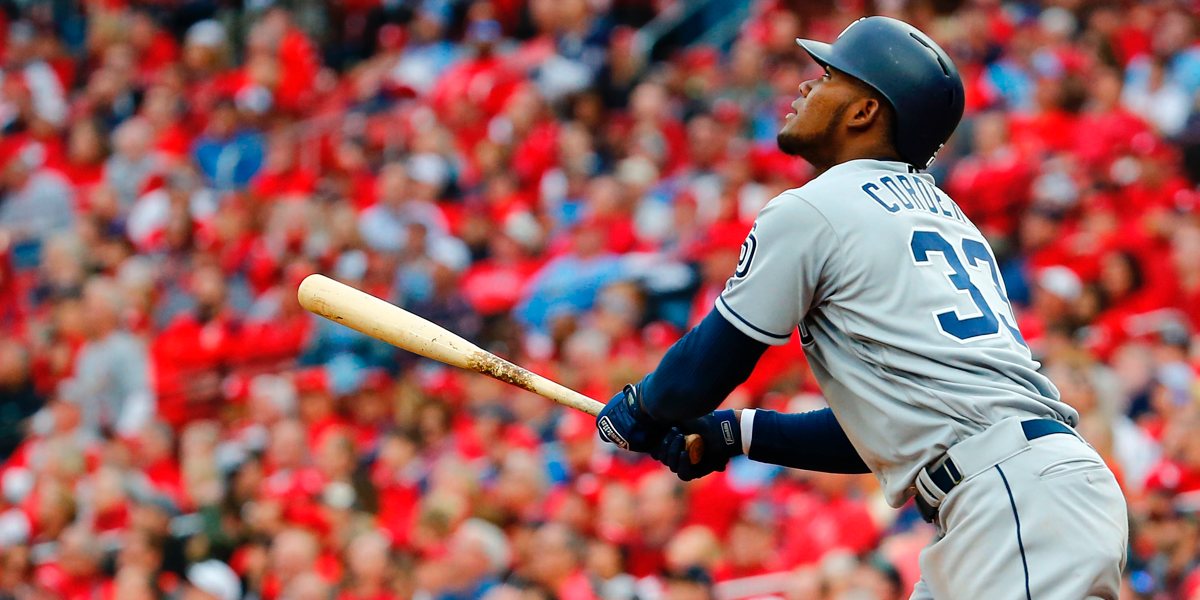 I tend to think the only type of trade you’ll see in baseball for a good long while is a trade that is almost entirely money-neutral, and also would be just about value-even whether there’s a completed 2020 season or not. Once we get to the Trade Deadline, then, sure, you might see some short-term reliever deals – things like that – but before then, the Padres and Royals just showed what trades will look like.

We have acquired RHP Ronald Bolaños and OF Franchy Cordero from the San Diego Padres for LHP Tim Hill. #Royals pic.twitter.com/ggkZPCU2KV

You might not be super familiar with all the names, but these are definitely interesting players in this trade. Hill was a very effective reliever for the Royals last year, and isn’t eligible for arbitration until at least 2022. Cordero was a long-appreciated outfield prospect with huge power, who has been slowed by injury issues the last couple years and doesn’t hit arbitration until next year at the earliest. Bolaños is a legit pitching prospect who got a cup of coffee last year, but otherwise hasn’t pitched above AA.

You can see why this trade is one of the rare ones that makes sense right now. Neither team is taking on money. Neither team is putting their future at risk in exchange for 2020 value. The Padres, yes, are getting the guy most likely to help them this year, but Hill has value to them long after 2020 because of his service level. The Royals get a post-hype outfielder with big power (hey, it worked with Jorge Soler … ) and a young pitching prospect, each of whom they are happy to have after 2020, regardless of what happens this year. And if either side is “wrong” about this trade, they’re not going to be beating themselves up much, because this isn’t a franchise-altering deal.

It’s nice to see a trade happening, and with useful, interesting players. But don’t miss the point here: it’s going to take this kind of very narrow situation to make trades in the current financially-crushed, enormously-uncertain environment. Because of the pandemic risk, “2020 value” in trades is going to be HEAVILY discounted. And because of the long-term financial risk, anyone whose contract or service time means decent money after this year is also going to have their trade value HEAVILY discounted.