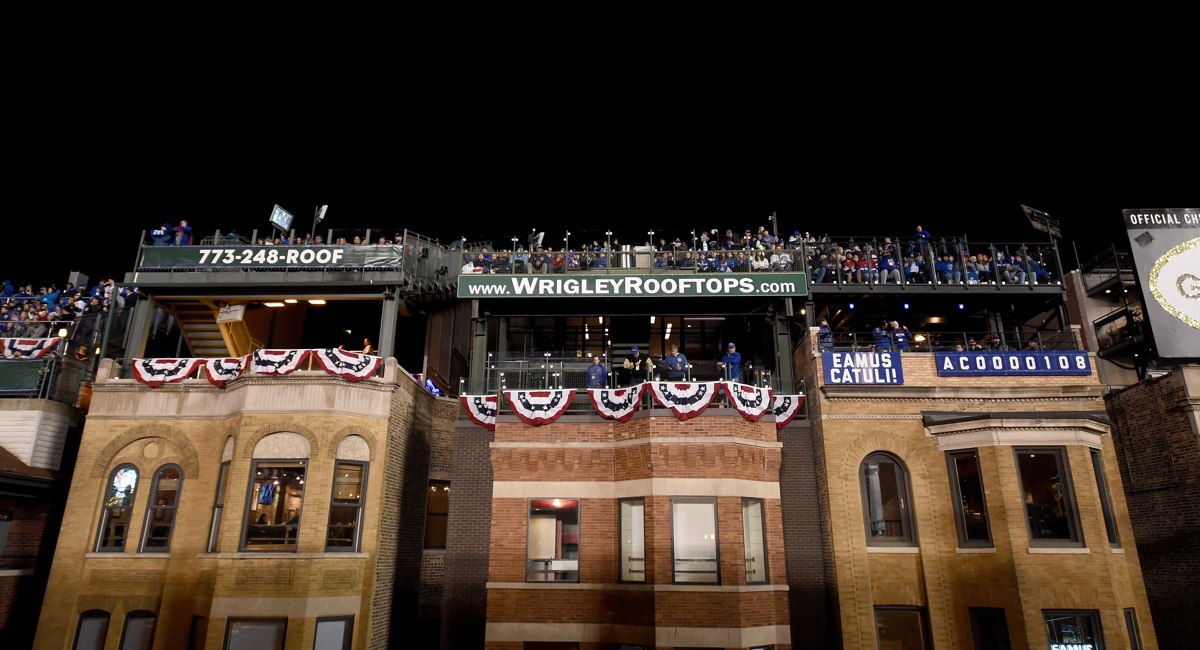 We’ve known for a bit that the rooftops around Wrigley Field would be open for limited capacity seating this season, and the group of rooftops owned by the Ricketts Family – Wrigley Rooftops – just opened up for sales.

The prices range from around $200 to around $350, depending on the rooftop and the game. It doesn’t look like the ultra-premium price levels suggested by the first rooftop that opened, but obviously it’s still going to be very expensive to see a Cubs game in person this year (albeit with food and drink included). A fraction of revenue to be recouped by the Cubs’ owners this year, but it’s not nothing.

The bigger financial questions, of course, surround whether the city will eventually allow limited capacity at Wrigley Field, itself, and whether the Cubs can get a Comcast carriage deal in place for Marquee (the update last night was mostly a non-update). There was a time just a couple weeks ago when it looked like 20% capacity at Wrigley Field – which is permitted by the State of Illinois right now, but not the City of Chicago – was more likely than not to happen. But with cases spiking all over the country, the optics on fan attendance suddenly look fundamentally different, to say nothing of how safe it ever would have been. I think the situation remains in “monitoring” mode, and I wouldn’t count on going to games this month.

So, that leaves the rooftops if you want to watch live, in-person baseball any time soon. Also … please get more carriage for Marquee …