Chicago Cubs Opening Day Roster is Due in Two Days - Early Guesses at the Group? Skip to content 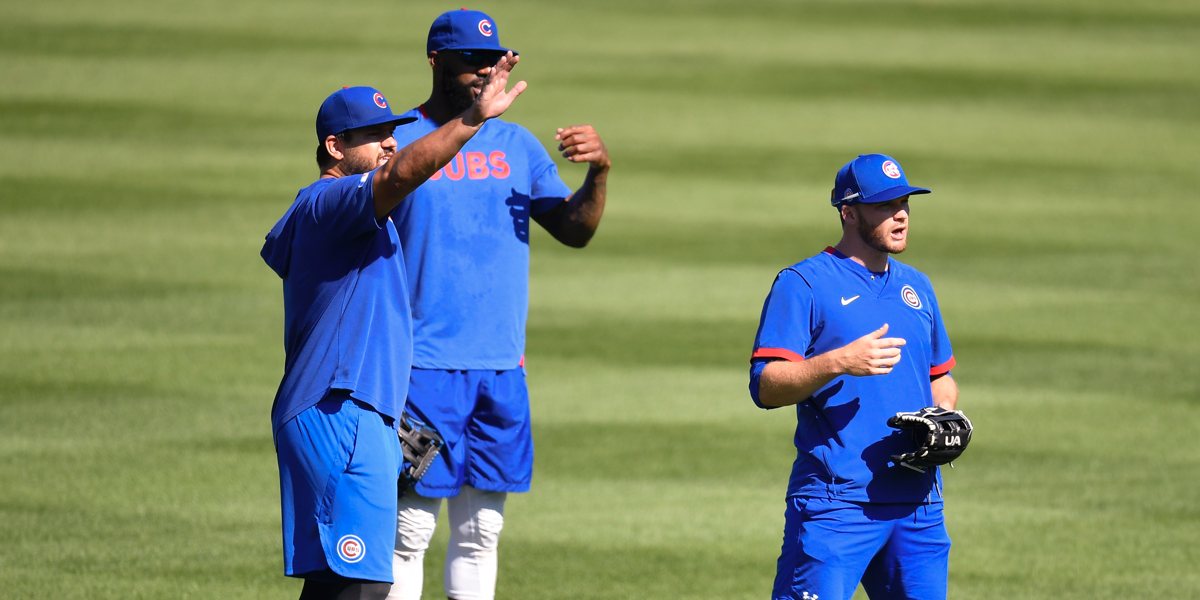 The regular season begins for the Chicago Cubs in just three days – it actually seems like we’re going to get there! – which means their 30-man Opening Day roster will be due very soon.

Specifically, MLB rosters must be set by Thursday at 11 am CT, so just about two days from now. There’s nothing stopping teams from announcing their rosters sooner, of course, but I wouldn’t be surprised if we don’t see the final Cubs cuts until that morning.

Where do things stand for the Cubs? Well, if you figure the Cubs go 14 position players and 16 pitchers, here are my best guesses at the composition of the roster (barring injury or something shocking in the next two days).

I got down to just one more position player after my initial pass, and increasingly I’m thinking the the Cubs are going to carry a third catcher, Josh Phegley, so I added him. I think that’s why the Cubs brought in Jose Lobaton as a back-up-back-up catcher (he can be the designated catcher on the three-man taxi squad), and I think the Cubs want the ability to have both Willson Contreras and Victor Caratini in the lineup some days without leaving the bench void of other catching options.

That would mean Daniel Descalso doesn’t make the roster. That’s not just about his terrible and injured 2019 season, but when you look at where the Cubs have positional depth, they just have so many guys who can cover where Descalso can cover, and they also have plenty of lefty bats.

On the pitching side, I wound up listing the relievers in roughly the order of my confidence that they’re going to be in that Opening Day bullpen. That is to say, as you get into the second half of the list, there’s a whole lot of guessing, since we have almost no exposure to the Cubs’ thinking after such a short Summer Camp with limited appearances. I’m going based on what we’ve heard, what we saw in the spring, what the contract statuses are, and what I think the Cubs will want initially.

But really, especially in those final two spots, it could just as easily be Dillon Maples and Jharel Cotton instead of Brothers and Norwood. Or Colin Rea and Danny Hultzen. Pretty much any of the arms still in camp have a real chance at a final spot when you’re talking about 16 pitchers for a couple weeks before rosters drop back down to 28. Heck, it’s possible the Cubs carry only 15 pitchers right now and decide to hang onto Descalso.