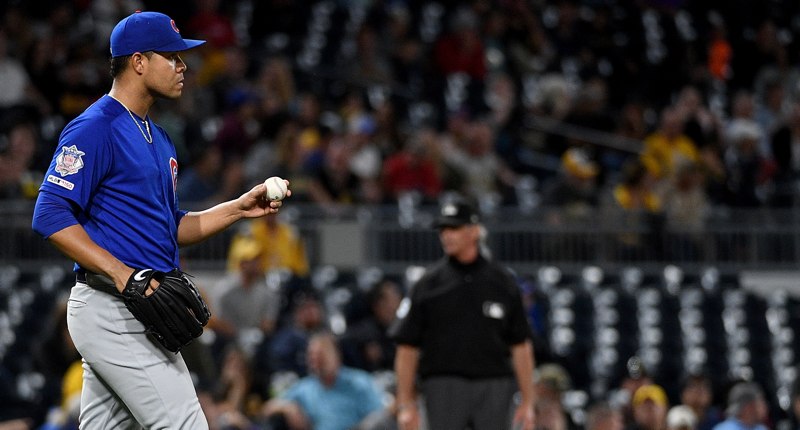 Maybe I was one of only a few people worrying about this specific issue, but even if it’s just me, I’m glad to see it answered.

Jose Quintana spoke to the media today for the first time since cutting his thumb just before arriving at Cubs Summer Camp. That injury required surgery, and has him likely to miss upwards of the first half of the shortened season. Some of his comments, including my relief that his grip has not been impacted:

Quintana said “I don’t have words” for how frustrating it was to cut thumb on the eve of arriving to Chicago. Had built up to 4 IP/55 pitches.

Says he has no pain now. Location of the healing cut doesn’t impact pitch grips. Up to 90-105 feet in catch. Bullpen maybe in 7-10 days.

"The next couple days I start to throw the curveball, and let's see how I feel. I don't think I have any concerns with that because I've been feeling great." (2/4)

None of this is to say that Quintana is guaranteed contributor for the Cubs this year and the only question is timing. There are definitely still going to be questions about ability and readiness, regardless of the injury. For one thing, now Quintana has gone through ANOTHER yo-yo in his prep for the season, from being shut down in March to building back up to 55 pitches and getting shut down again. For another thing, there were already pretty significant adjustments Quintana was needing to make to his game to deal with diminishing velocity and the continued lack of an effective third pitch.

For now, though, I’ll take solace in knowing that the injury should theoretically not be an issue when it comes to grip and feel of his pitches.