Christian Yelich Has Had a Terrible Summer Camp, But It Probably Doesn't Matter, Right? Skip to content 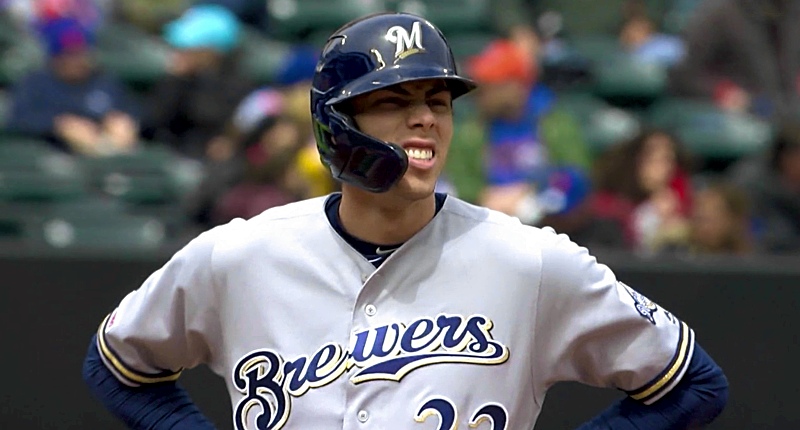 If Spring Training/Summer Camp cannot provide you a reason to be concerned about established stars, then everything about Christian Yelich is gonna be just fine. Much to Cubs fans’ chagrin, it probably will be.

But apparently, nothing has gone right for Yelich so far in Summer Camp, to the point where he’s reached this level of frustration:

Christian Yelich lets his frustrations bubble over after swinging and missing against Peralta, yelling a loud expletive. Then he strikes out, continuing his summer-camp struggles.

After going 0-for-3 in the finale, Christian Yelich finishes the Blue vs. Gold World series 2-for-23 with 13 strikeouts.

Another outburst of frustration today, but I think he'll be just fine, #Brewers fans. pic.twitter.com/qxw2J2fWj8

Of Yelich’s struggles, which have apparently been a subject of conversation in Milwaukee for over a week now, there’s always the easy narrative that, “Oh, he signed a monster extension, and then he got complacent – or he put too much pressure on himself.” I leave that chatter to nervous or hostile Brewers fans.

Brewers manager Craig Counsell is not concerned. He said so himself. At length.

“It’s baseball. It’s kind of a reminder that every player goes through it,” Counsell said, per Brewers.com. “It’s happening at a really good time for us, in my opinion. This is how it works. He’s just got to get through it, and he will, and he’ll laugh about it. But I think it’ll also serve him well throughout his career, that this is part of the game that never stops. I think he knows it. We’ve talked about it, and he’s talked about it. It’s a great reminder that it’s hard. The game is really hard. You can work your tail off and still not get the feedback from it that you want. But he’s going to keep working, he’ll figure it out, and he’ll be fine.”

Of note, the Brewers haven’t had an exhibition game yet, playing their one and only tonight against the White Sox. So, even if Yelich blows up tonight, he’ll come into Friday’s opener against the Cubs having had a terrible Summer Camp – something he wasn’t going to worry about until, well, this week.

From The Athletic back on July 16: “In controlled scrimmages so far, Yelich has been trying to find his timing with his swing. The results haven’t been in his favor yet, he’s missed late a few times, but no one cares. No one is concerned. He won’t pay much attention to any results until the final couple of days before the Brewers break camp.”

Again, I don’t know that you could be more worried about a guy like Yelich than you would be about a guy like Anthony Rizzo, for example. The super short nature of the scrimmages can’t tell you much about Yelich’s readiness (though the mention of “timing” is probably a little concerning to Brewers fans), just like Rizzo’s absence can’t tell you whether he’ll really be ready or not. Odds are good that Yelich will be fine this year.

Maybe I’ll even go so far as to GUARANTEE that Yelich will be a SUPERSTAR in this shortened season. There is simply zero chance he is anything less than a stud. There. Now I’ve really done my duty.