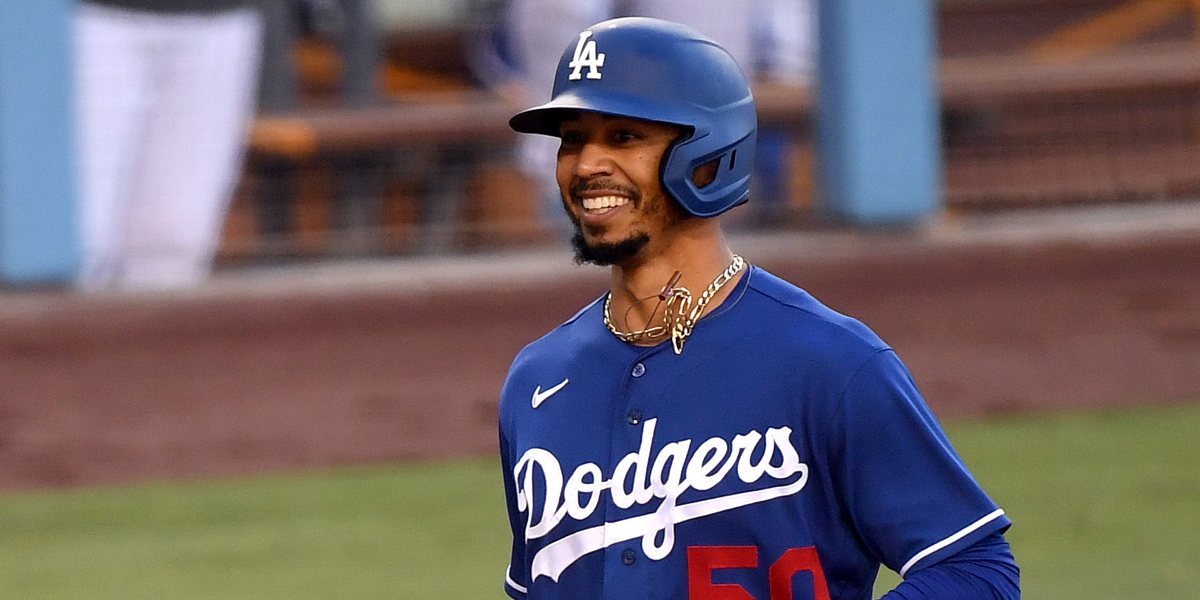 You come to expect truly wild stories these days, but this is one that is completely outside the realm of any kind of “wild” story I expected to see this year.

Boston radio station WEEI and Lou Merloni are reporting that Mookie Betts, one of the biggest stars in the game, will not hit free agency this offseason as expected, and will re-up with the Dodgers on a 10-year deal worth something in the $350 to $400 million range “within the next couple days.”

That’s almost too shocking to give any credence. But as WEEI pointed out on Twitter, Merloni had a bit of inside dish earlier this year with respect to the Red Sox and Betts prior extension talks, which makes you wonder if he’s got a good source in the Betts camp. Let’s see if this picks up national steam before going too bonkers.

Betts, 27, is probably the best position player in baseball outside of Mike Trout, and has performed at a superstar level for a while now:

The Dodgers traded for Betts before the season, acquiring his final year of team control, and no doubt hoping they could entice him to stay for a long time thereafter. The world, of course, changed considerably after that, and Betts has yet to take a regular season swing in Dodger blue.

Can this be real, though? Are the Dodgers really going to sign a monster, monster deal at this moment in time? Not knowing what this offseason is going to look like after the ravaging of COVID-19? Not knowing what next year’s financials will bring? What the CBA will do after next year? I’m gobsmacked that any team (yes, even the Dodgers) would ink this kind of deal right now (yes, even with Betts).

But that’s the report. In a normal world, that length of deal at that price point wouldn’t shock you. Sure, it’d be absolutely enormous and potentially a record-setting extension, but with the highest-end players seeing their salaries keep climbing, I could totally see this deal. Again, though: in a normal world. If Betts can get this deal right now, he should absolutely take it.

We’ll keep following this closely, because the ramifications for the market – and any hopes and dreams you had about the Cubs maybe pursuing Betts this offseason (or maybe next offseason after a one-year deal to wade through the post-COVID fallout) – are incredible.

A source described extension talks between Mookie Betts and the #Dodgers as "quite real." @LouMerloni reported that the sides were close on a deal of at least 10 years.

The parameters that @LouMerloni first alluded to — a deal of 10 years — would be the sort to prompt Betts to forgo free agency. The devil will be in the details — the money, the structure of payments, how to proceed if fans cannot return in 2021 and other important issues.

Perhaps some of the COVID-related fallout will be contracted around with special language, making a 10-year, $400 million deal really more like a “10-year-ish, $400 million-ish deal, if this and also if that, but not if this, and also not if that.”

UPDATE 2: This would be 12 years beyond this year, taking Betts all the way through his age 39 season:

Including 2020, the new deal is expected to keep Mookie Betts in a Dodger uniform for 13 years at more than $380 million.