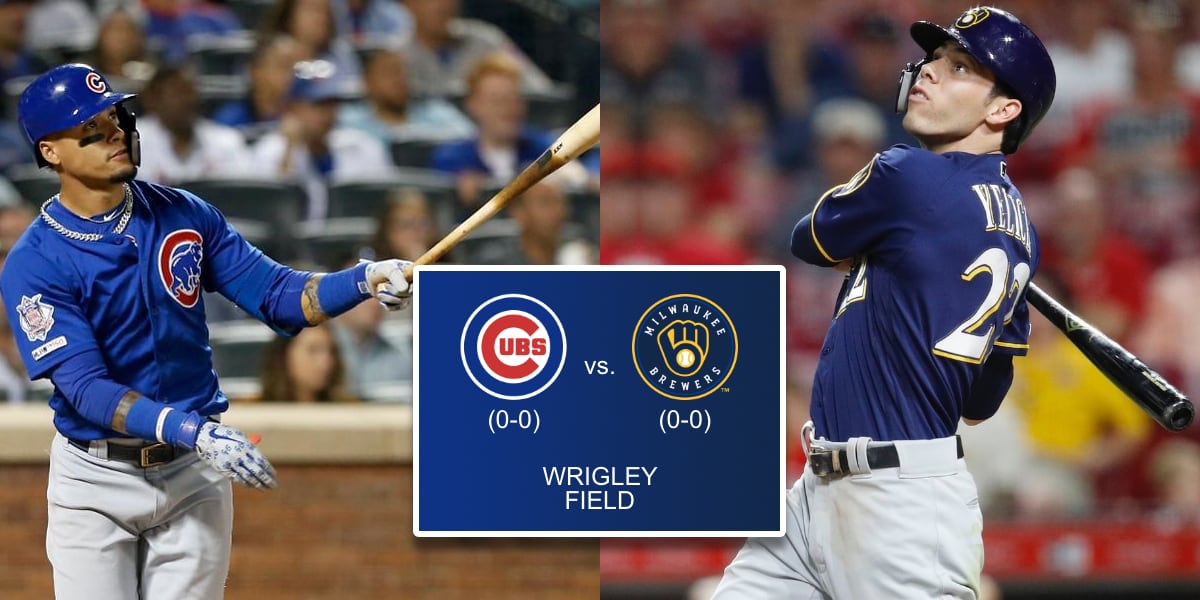 Hallelujah. There will be Cubs baseball (and you can even watch it on your TV!)

Later today, the Chicago Cubs will kick off their first of three weekend home games against the Milwaukee Brewers at Wrigley Field. They’ll face them four more times at Wrigley in August, before wrapping up the season series with a three-game set in Milwaukee this September. With each game roughly counting as much as 2.7(!) games in a regular season, winning early and often is an absolute must.

The Chicago Cubs (0-0) are fresh off their worst NL Central finish since 2014 and have a lot to prove, even with an obviously talented roster. Let’s hope they get off to a quick start.

The Milwaukee Brewers (0-0) took the division from the Cubs in 2018 and then finished ahead of them in 2019. They’re coming in with yet another make-shift roster that seems worse on paper than it almost always ends up producing in reality. The Cubs cannot afford to take them lightly. They need to win right away.

NOTES: It’ll be very interesting to see how David Ross plays with the designated hitter spot this year. Obviously, Kyle Schwarber makes a lot of sense there, with Ian Happ and/or Steven Souza Jr. filling in left field, but that’ll likely depend largely on the opposing starter. For tough righties, it may make sense to get Victor Caratini in there from time to time.

Cubs Pitcher: Tyler Chatwood is getting the ball in Game 3 of the regular season, which probably says more about the status of Jon Lester and Jose Quintana than it does about himself, but still … he has looked good and we know what he can do, when he’s on. Even still, his command on any given day will forever be the determining factor of his success. Ultimately, I get the feeling that the Cubs 2020 season could hinge heavily on how effective Chatwood is over his 12 or so starts.

Cubs Player: Willson Contreras carried the hot bat in the Cubs last exhibition game of the summer, launching two homers and a single against the Twins. He can be streaky at times, so if he’s just getting locked in, I’m willing to bet he’ll be off to a hot start. Contreras has hit .265/.321/.571 (126 wRC+) against the Brewers for his career.

Brewers Pitcher: Corbin Burnes is back in the rotation for the Brewers this season after a not-so-mildly disastrous 2019 campaign, during which he allowed 3.12 homers per nine innings in between three separate trips to the Minor Leagues and some offseason work with a mental skills coordinator. Even still, Burnes can touch the mid-to-upper-90s MPH with his fastball and will still strike you out, even when he’s at his worst. So this feels a bit like a binary outcome for the Cubs: they’ll either torch him with homers or whiff all afternoon.

For what it’s worth, Javy Baez is 1-7 with 4Ks against Burnes, while Kyle Schwarber is 2-4 with 2 walks and a homer.

Brewers Player: Christian Yelich had a rough go of it in summer camp, featuring a 2-23 stretch with 13 strikeouts, and was even booed by his artificial home crowd, joking that he felt like he was at Wrigley Field:

But I don’t think any of us are itching to predict doom for a 28-year-old slugger, fresh off an MVP and MVP-runner-up season. In all likelihood, he’s going to be a stud once again and the Cubs will just have to go through him to beat Milwaukee.