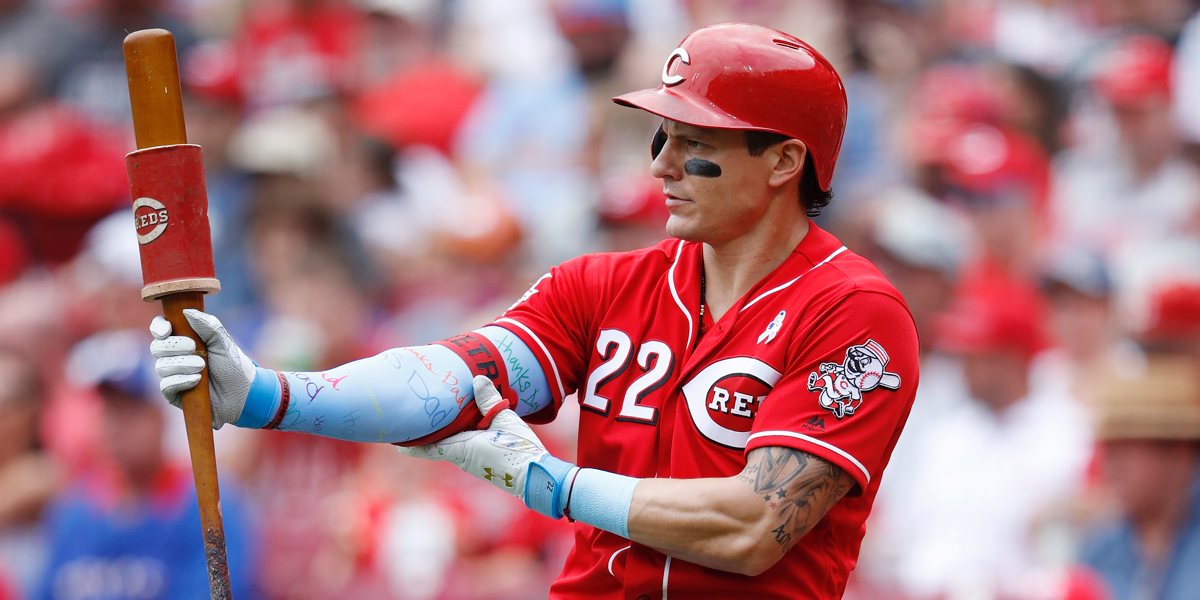 We now know for sure that newly-signed utility man Derek Dietrich will land, at least initially, with the Cubs’ alternate group in South Bend. Moreover, newly-signed outfielder Ryan LaMarre will go there, too, as well as Cubs second round pick Burl Carraway (Sharma).

Dietrich’s signing broke last night, and the 31-year-old utility man can still offer a huge lefty bat, plus the ability to play capably at any position outside of C/SS/CF. Even as the big league roster shrinks from 30 players to 28 and then to 26 over the course of this month, I’d be surprised if Dietrich doesn’t wind up seeing time with the big league Cubs eventually. He can certainly contribute.

We just discussed the LaMarre signing and his role as a depth righty bat in the outfield, should the Cubs need it.

We also previously discussed the expectation that Carraway, only just drafted by the Cubs in June, would be joining South Bend. The 21-year-old power lefty already sports a big-league-caliber fastball (97 mph to 100 mph with big spin and coming from a tough angle) and curveball (wipeout). It isn’t necessarily expected that he’ll pitch with the big league Cubs this year, but his presence on the 60-man makes it possible. And given that he’s far from the only pitcher in the system who could have benefited from time at South Bend this year, you can surmise that the Cubs do think it’s possible Carraway could emerge later this year. He barely threw any innings in college this season, so the bullets are there.

Right now, the 60-man player pool is up to 57, with 31 of those players in Chicago (the 30-man plus Jose Quintana (IL)), and 26 in South Bend. It’s an extremely pitcher-heavy group, with 17 pitchers and only 9 position players:

Keep in mind, three players will be traveling with the big league Cubs on road trips (the “taxi squad”) in case a need pops up that cannot be covered in a timely fashion via a player who is otherwise in South Bend. That trio must have a catcher (likely Lobaton), and will likely otherwise have one position player and one pitcher.

So, if the Cubs want to play some fake/simulated intrasquad games with a full defense out there, they will likely have to add another position player or two.