Fun With Kyle Hendricks Domination of the Brewers: Every K, Silly Contact, Give Him the Cy Young Skip to content 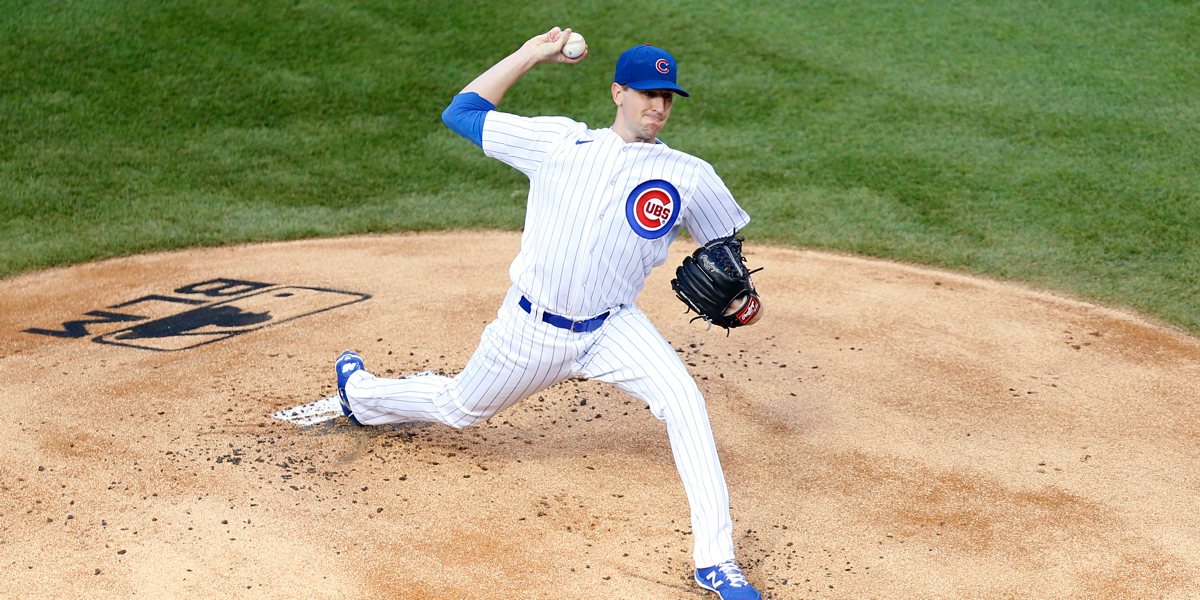 I’m still in awe of that Kyle Hendricks performance, which missed being a Maddux by only three pitches. You could see live how masterful it was – even without considering the weird-Opening-Day context – but then you comb through the data and it just gets better.

The Professor was pretty ruthless on the first day of class. pic.twitter.com/MUlLi77CTj

Hendricks didn’t just strike out nine, he also got 19(!) swinging strikes out of 103 pitches. For context, that 18.4% swinging strike rate is two percentage points higher than any pitcher had last season over the course of the year. It was just one start, but what I’m saying is that, last night, Kyle Hendricks was nastier than Gerrit Cole or Jacob deGrom or Max Scherzer or Justin Verlander in one of their typical starts.

Hendricks also netted 12(!) groundouts in the game (61.9% groundball rate) against just four fly outs. Get that: together with the strikeouts, 21 of the 27 outs he recorded really just had no chance at all to do any real damage.

Speaking of damage, even when the Brewers made contact, Hendricks was just not getting hit hard at all:

Check out the expected batting average on the balls in play against Kyle Hendricks last night. Not only did he strike out 9, but when the ball was in play, just TWICE did the quality of contact indicate a better than 50% chance at a hit. TWICE. pic.twitter.com/9xDDYkpQ3c

The strikeout that stood out to me most was the picture-perfect sequence against Keston Hiura early, going up and in with the two-seamer, and the immediately going down and away with the curveball, with both pitches looking exactly the same to Hiura by the time he has to commit. The placement of these pitches is unbelievably perfect:

9+ strikeout, no walk shutouts on Opening Day since 1901:

Tonight Kyle Hendricks of the @Cubs became the first pitcher to throw a CG shutout with 9+ strikeouts, 0 walks and 3 or fewer hits allowed on Opening Day since Ledell Titcomb did so for the New York Giants on April 20, 1888.#WhereStoriesPlay

Kyle Hendricks had 19 swinging strikes tonight vs. Brewers. That's second-most in a game in his career, trailing just the 21 he had on June 4 last year. (via @statcast)

2 thru 8 in the Brewers lineup combined to hit 3 balls out of the infield off Kyle Hendricks last night. 0 for 23/ 9 K’s

A very happy Hendricks got some love from his teammates after the game:

Kyle Hendricks described being on the mound tonight on Cubs Postgame Live! pic.twitter.com/ics82Y2V7u