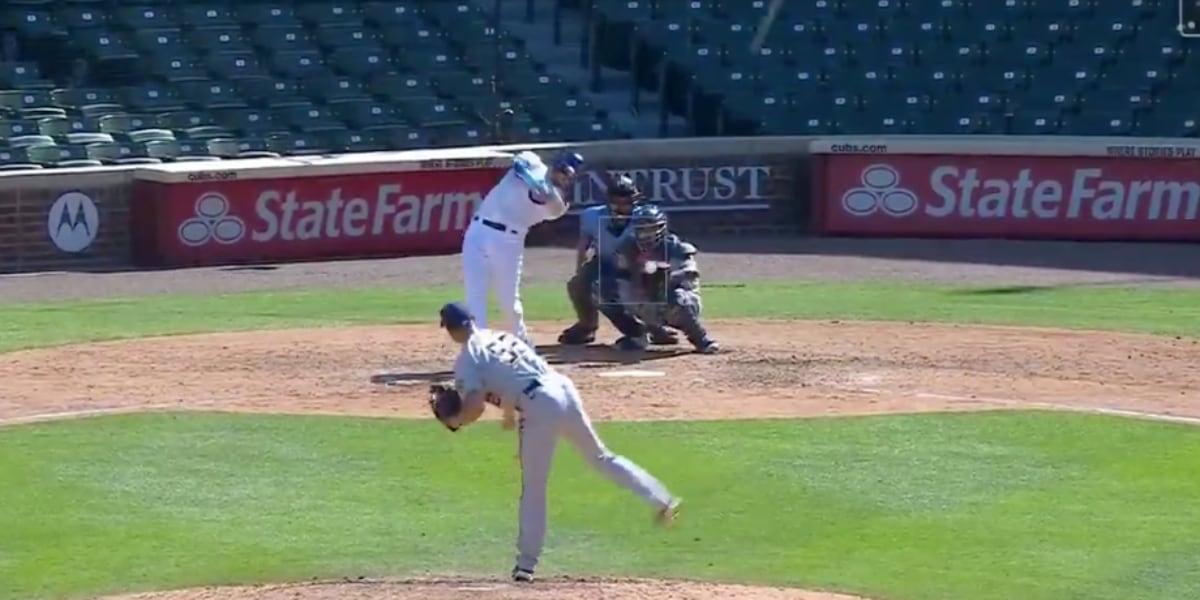 Ian Happ finished the 2019 season as the National League player of the week, and he’s picked up right where he’s left off. Just now, he hit his second home run of the season … against a familiar face in Justin Grimm, no less.

Not too long later, Anthony Rizzo went deep, for his second home run of the season.

These guys are really not being nice to their old friend:

Rizzo’s homer wasn’t exactly crushed at just 99.6 MPH, but with the wind howling out, it had just enough to get out. Rizzo’s funny small-sample slash line is .222/.500/.889, thanks to all those walks and HBPs.