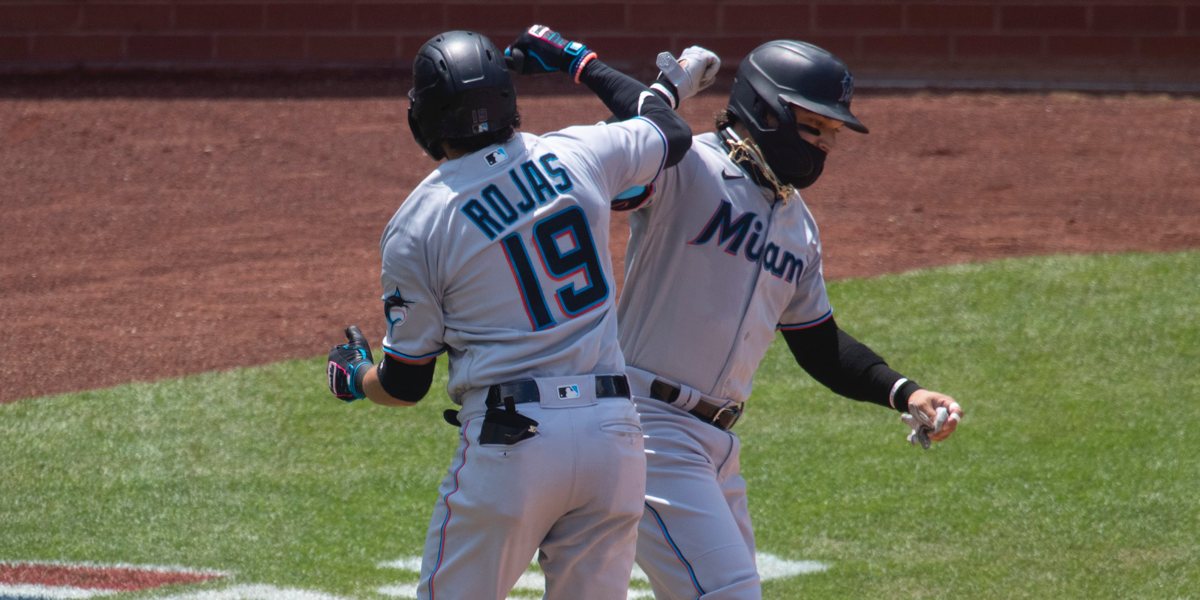 Over the weekend, it appears that the Miami Marlins had four positive COVID-19 tests, one on Friday and then three on Sunday. The team had traveled to Philadelphia to play, where they did all three days, including shorthanded on Sunday.

Positive tests were always expected, since these are human beings that live lives outside the ballpark (no matter how much you try to control them), and since this virus is incredibly contagious (no matter how much you try to avoid it). But what has never been entirely clear is what exactly happens in this situation, where you have multiple players testing positive across multiple days, and no great sense of just how far the virus may have already spread among your traveling party:

Four Marlins learned they tested positive for COVID-19 in a span of three days.

Two infectious disease experts say the positive results fit the definition of “a clear outbreak” with the club.

So why did the Marlins play baseball on Sunday? With @Jaysonst https://t.co/7Mv4Ok1K8r

The problem with going too far on any thoughts you might have here is that we don’t know much. That’s the thing about a virus that incubates, often asymptomatically, over such a long period of time. The Marlins might already have an explosion of cases. Or these four guys might have gotten the virus from the same activity and not spread it at all. You can’t know unless you have *perfect* rapid antigen tests, which don’t exist yet (85-ish percent accuracy is the best you’ll see), and which also aren’t widely available (we don’t even know the extent to which each MLB teams has these at the ready).

So, we really don’t know much of anything about the Marlins’ situation. It’s thought to be very unlikely that their players would’ve transmitted the virus to the Phillies while playing (outdoors, limited close contact, almost entirely socially distanced, etc.). But among the Marlins and their staff? I really don’t know how you could have great confidence at this moment (but let me reiterate the “I really don’t know” part, because we don’t even know exactly what protocols have been deployed since that first positive test on Friday).

But as I sit here this morning, all I can think is that if you are going to try to play through an extraordinary time, then you have to be prepared to do extraordinary things. In this situation, isn’t the bare minimum thing to do to keep the Marlins traveling party quarantined until you feel reasonably confident you know the extent of the spread? I don’t know how long that would be, depending on the contact tracing and testing efforts, as well as any additional positive tests, but doesn’t that seem like the wise thing to do if you don’t want to risk blowing up the entire season by way of a ripple effect? To say nothing of risking additional exposures and serious sickness?

I swear, I’m not trying to be alarmist here. I’m trying to be as measured as possible, and think realistically about what the league is trying to accomplish – but the whole idea has been to do it “as safely as possible.” Is that consistent with the Marlins, having an unknown level of spread among their traveling party, now heading back to Miami to play a game tonight?

There’s a 60-man player pool for a reason, and if MLB really wanted to, it could create 40-man roster exceptions (or something) to allow this to happen – send the entire reserve group to play the game(s) instead:

Could the Jupiter Marlins taxi squad end up playing the Orioles in Miami, while the regular Marlins stay in Philadelphia amid a COVID-19 outbreak? https://t.co/dNbL8Mwy82 pic.twitter.com/zbzQZpaeDh

UPDATE: The extent of the spread is now better understood and it is significant enough that tonight’s game has already been cancelled:

The Marlins' home opener against the Baltimore Orioles tonight has been canceled, sources tell ESPN, as the team remains in Philadelphia and continues to undergo testing.

UPDATE 2: The fallout is extending outward, as now the Yankees and Phillies will not play as scheduled in Philadelphia today:

Considering the Marlins were permitted to play yesterday with half their club apparently infected, this seems an obvious conclusion – think of all the Philly-area personnel who need to be tested and cleared before you could think about resuming operations.

Official tally: There are 9 Marlins players from their 30-man roster who are positive (5 new ones) plus 5 “others” with team, which includes coaches and other employees. So 14 in their traveling party, which is actually not currently traveling and instead stuck in Philly.

UPDATE 4: Conflicting reports on the volume of infections, but it doesn’t really change the main thrust here, which is that there is a team-wide outbreak that makes you very concerned about safety and what comes next:

Updating the Miami Marlins’ outbreak: The total number of infected players is 11 of the 33 who have been traveling with the team and two coaches, sources tell ESPN.

The Marlins-Orioles and Yankees-Phillies games tonight have been postponed. For now, the rest may be played.