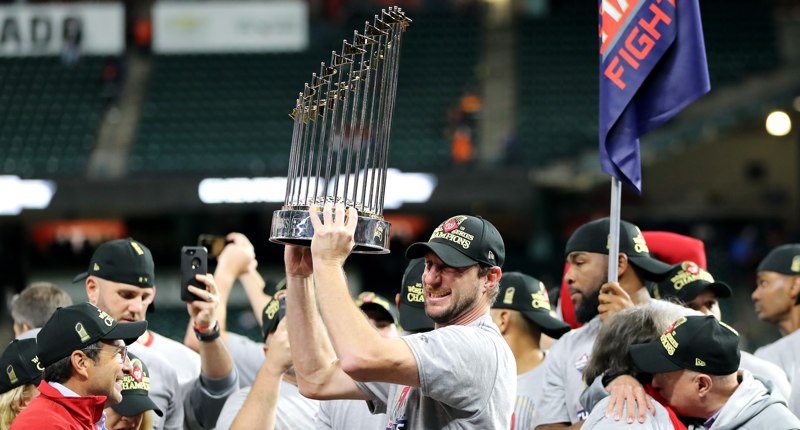 Yes, it’s good that MLB put the team’s games on hold, but the positive tests are still flowing in and can still take a long time to really reveal the full scope of the outbreak – that’s the thing about a pandemic. So if you were scheduled to play the Marlins later this week, in Miami, would you be eager to go?

The Nationals are not:

In team vote, vast majority of Nationals players voted against going to Miami for three-game series this weekend, sources tell The Athletic. Decision will rest with MLB.

The decision may “rest with MLB,” but it’s quite clear what’s happening here. The Nationals wanted to get something out into the public – they would be the “sources” telling The Athletic – so that MLB is boxed into the corner of either figuring out how to pause things, or force the Nationals to go play the Marlins, in Miami, against their wishes. It’s a smart move if you don’t think the league has your safety as its uppermost concern.

Now we await MLB’s response, which could range from saying hey, there are now negative tests so you have to play, to saying can we move the games to Washington, to saying, fine, we have to pause this whole thing for a week+. I don’t have a vote, but mine would probably be to pause the entire schedule to give time for more understanding about the scope of the outbreak and also to continue working to improve how you’re going to respond in these situations/prevent them over the next two months. Because the season can’t go on like this.

By the way, the team that is supposed to follow the Nationals to Miami is none other than the Phillies.

UPDATE: Joel Sherman indicates the Nationals are waiting to hear from MLB, but this is more of a polite request(?) than a demand: