So, We Should Talk About Kyle Ryan's First Two Outings Skip to content 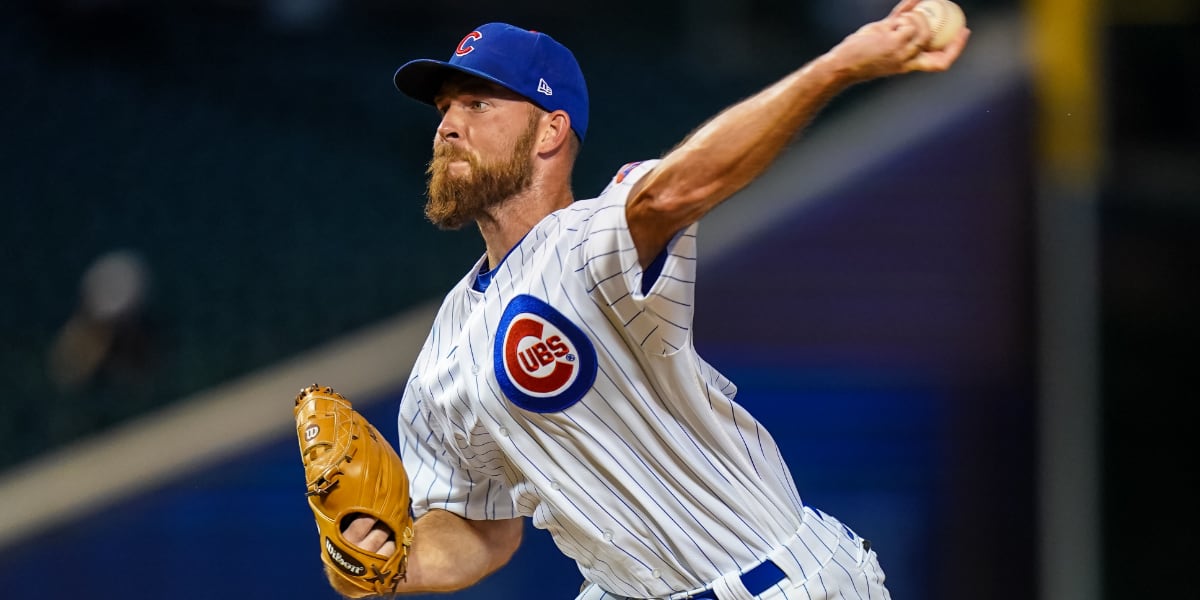 I was doing my usual brush up on last-night’s game when I noticed Kyle Ryan’s velocity in the 8th inning – or lack thereof.

Taking over for Casey Sadler after Curt Casali’s leadoff home run, Ryan was effective enough against the top of the Reds order, getting Joey Votto to ground into a double play before striking out Christian Colon on three straight pitches, but his velocity was down across the board, as it was in his first appearance.

To be sure, we’re talking about only two outings, so your *conclusions* should be limited. But the data are so extreme that it bears noting right away.

Ryan’s career velocity chart illustrates the drop-off well, particularly from the end of last season to this July. It’s stark:

In his first appearance of the year (against Milwaukee) as well as last night, Ryan averaged 86.4 MPH on pitches classified as a four-seamer (his least used fastball), 84.0 MPH on his cutter, and 85.8 MPH on his sinker. Last season, by contrast, his four-seamer was up 90.1 MPH according to Pitch Info, while his cutter was up at 87.5 MPH and his sinker at 89.4 MPH.

Put simply: Ryan has been throwing all three of his fastballs about 3.5 MPH slower through his first two outings of 2020 than he did through the 2019 season.

So what do we make of that? Well, optimistically … nothing yet. It’s still very early in the year, so he could be ramping up to his usual velocity, and it’s important to note he was a late arrival to Summer Camp, which only strengthens that argument (hope?).

But the Cubs – and we – can’t really afford to look at the glass as only half full.

For one thing, Ryan’s velocity – even at the beginning of last season – wasn’t nearly this low. In fact, his four-seamer was sitting 89-90 MPH right out of the gate, his cutter was sitting at 86 MPH, and his sinker was 88-89 MPH. Basically, he was, at most, 1 MPH behind where’d he end up at the end of the season (which is a much more typical/expected ramp up).

Worse, his fastballs aren’t just slower, they’re also showing significantly less horizontal movement. Look at the two out of which you’d want to see the most lateral movement:

Throwing your fastballs three MPH slower and a whole lot straighter is not going to work for Ryan … a lefty, particularly against right handed hitters. Clearly, he was never much of a fireballer, but the difference between 86 and 89 is enormous. And the movement is even more important (I will note that both pitches are showing a greater vertical drop, and maybe there’s some value in that, but that’s not really the goal of a cutter, his most used pitch, which is meant to come in on the hands of righties and away from lefties).

Relatedly, his spin rate is way down so far this year, per Statcast. Again, not surprising given the change in movement.

Also, his release point (both horizontal and vertical) also look out of whack: 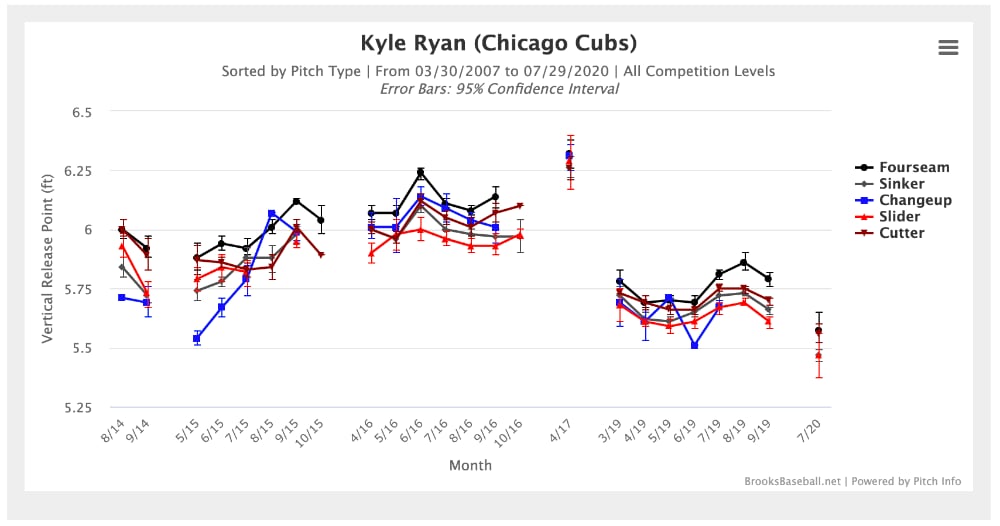 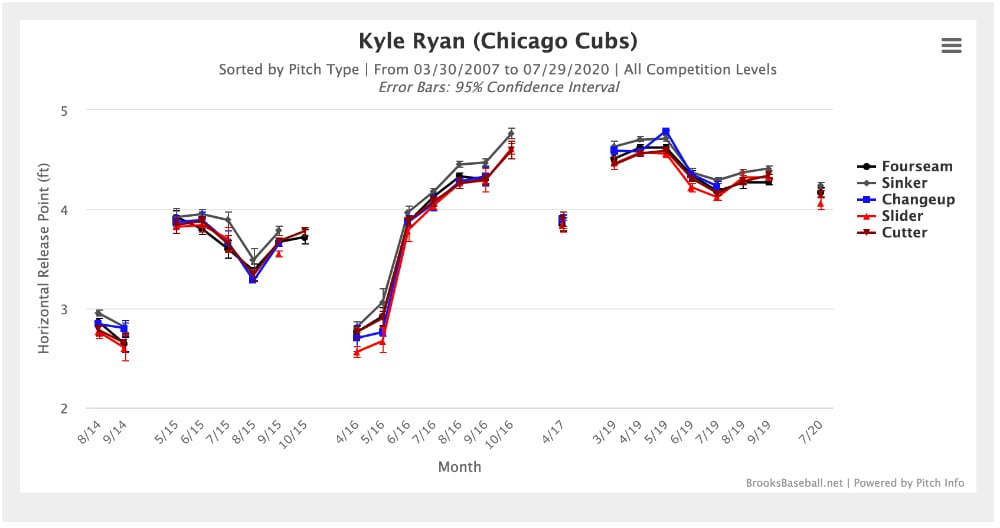 Are these serious issues? Are there massive problems that need massive fixing? Or does Ryan just need a little more ramping up? Too early to say.

Thing is, the Cubs don’t have much time to figure things out – not in the bullpen, which has already nearly cost them two of their four wins. Worse, with a three-batter minimum, it won’t be easy for the Cubs to ease Ryan back into action against left-handed hitters, against whom he’s been far more effective for his career, making it all even trickier.

And when you consider that he was supposed to be one of the few probably-pretty-trustworthy-right-away arms in the bullpen, the Cubs may have themselves a bit of a problem.

I’ll conclude optimistically, by once again reminding you of his late start to camp, addressable arm slot issues, and history of improving his velocity at least 1.0 MPH over the course of the year. But like I said, this’ll be something to watch VERY closely over the next couple weeks.