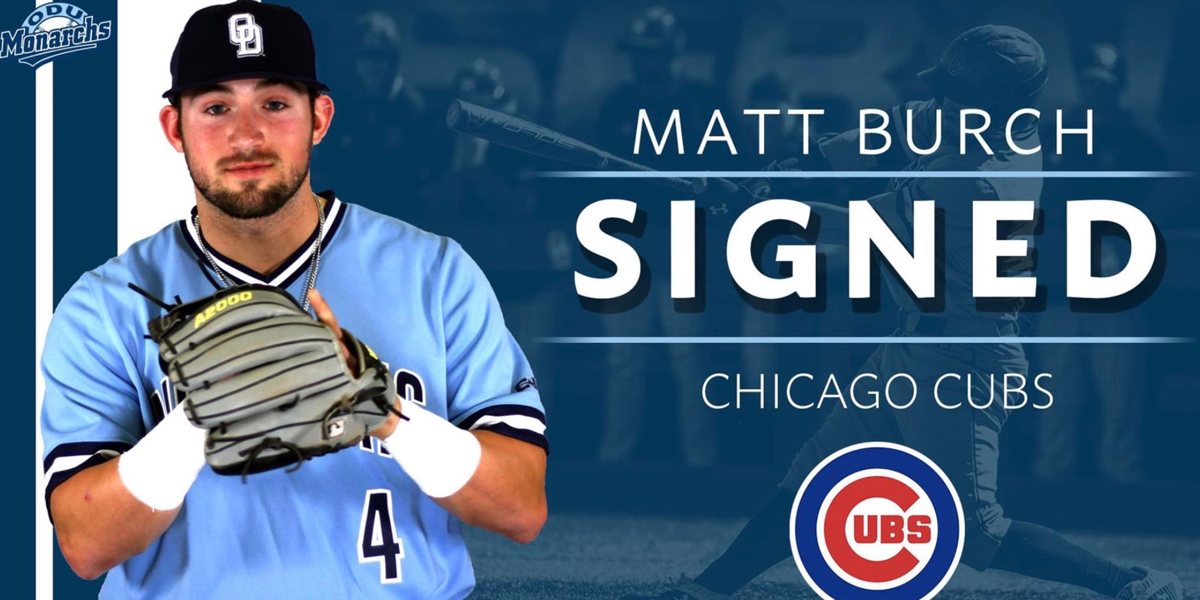 The 2020 MLB Draft took place a couple months ago, but because it consisted of only five rounds, it only makes sense that teams might still be working their way through the undrafted free agent pool.

The Cubs went hog wild in that market already, and you can now add another name to the list of new Cubs minor leaguers: former Old Dominion second baseman Matt Burch.

Burch, 22, was an everyday starter for ODU the last couple years, putting up a slash line strongly suggestive of a line-drive hitter with great contact ability, good discipline, good speed, and very limited power. It’s the kind of profile that the Cubs have had a lot of success targeting in recent years to get useful players that tend to move up the farm system, but it isn’t a profile that frequently translates to a future big league job. Burch, a lefty batter, is listed at BR as 5’8″, 180 lbs, so he’s on the shorter side but well-built. Maybe there’s power potential in there?

The Burch signing is just the latest for the Cubs out of Old Dominion, where they’ve drafted/signed guys like P.J. Higgins, Jared Young, Connor Myers, Bryce Windham, and Jacob Wetzel (transferred out) in recent years.

This summer, Burch had been playing quite well in the Coastal Plain League to continue his baseball career after the collegiate season ended early (good on him):

For more on Burch, check out the Cubs Central write-up here.