The Cubs' Bullpen Has the Worst Walk Rate in Baseball, and the Churn Probably Needs to Begin Skip to content 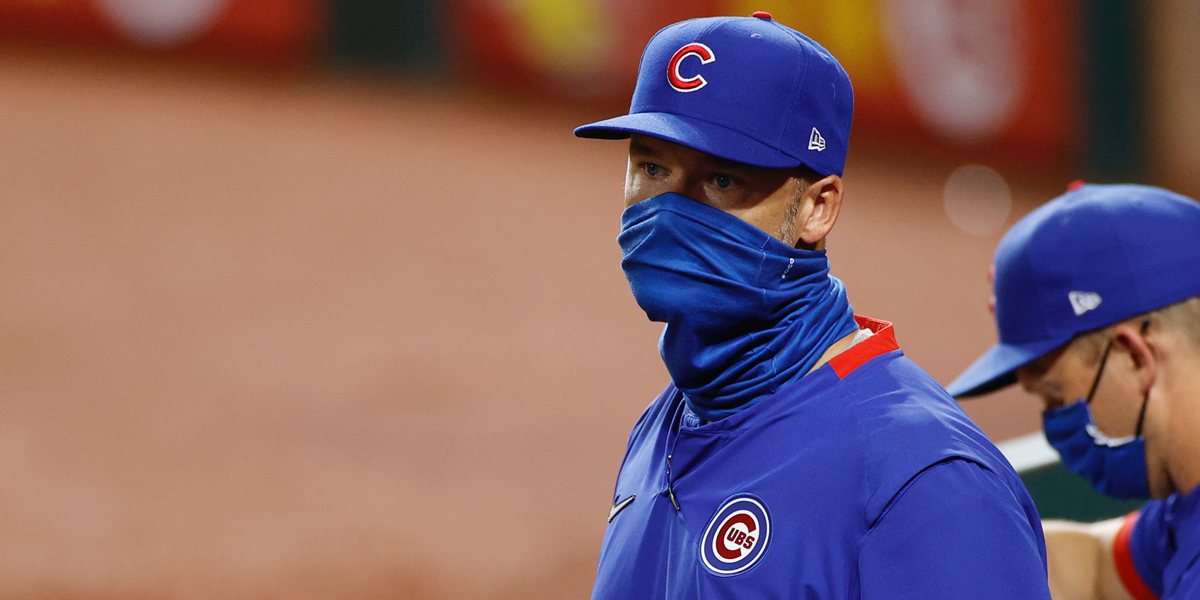 Even through only six games, there’s not much you can say broadly about the Chicago Cubs bullpen that is new or informative beyond what we already knew and feared coming into the season: there a whole lot of arms in there that do SOMETHING really well, but there is a reason they were available/have yet to break through internally. You gotta check that box of doing SOMETHING really well before you could ever succeed in the big leagues, but we know it takes a whole lot more than that – and the 60-game season, unfortunately, ain’t gonna give the Cubs a lot of time to help these guys adjust on the fly.

So, then, when you see an outing like last night’s from Rex Brothers and Dillon Maples, each of whom had previously pitched well this year, you might be pretty quick to pull the plug. The two might have the nastiest stuff in the bullpen, but they’ve also previously flashed extreme control problems – so when that particular issue rears its head and effectively costs the Cubs eight(!) runs in a game they lost by five, it’s really hard to have much grace. I wouldn’t be shocked if each pitcher is swapped out to South Bend today.

Elsewhere in the bullpen, there is not a guy I’m absolutely sure I know what the Cubs have, good or bad. I feel the most good about Rowan Wick because of his success last year and how he’s looked through two outings, but you have to remember his big league success is a tiny sample (with some good luck baked in) and he was looking pretty dodgy in the Spring. Even for him, there are still sufficient questions that it wouldn’t be crazy if he regressed suddenly.

And he’s the guy you feel BEST about!

Here’s how David Ross summed up his bullpen so far:

“I’m looking for somebody to get outs, throw strikes,” Ross said, per The Athletic. “Way too many walks from down there. Some guys have gotta step up. That’s some of the stuff we’re finding out here early on is who’s a guy we can bring in in a big situation and pitch. We can match them up as much as we want, but guys still have to come in and throw strikes. It’s frustrating to keep giving free passes. You’re going to get into trouble at some point. We gotta get better.”

It’s super early, obviously, but the Cubs’ bullpen numbers have been hilarious to this point:

Change will come eventually, either by way of positive regression or by roster churn. Given the shortened season, though, the latter has to be strongly considered, and soon. Even with rosters expanded to 30 (TBD how long that lasts, apparently), there are some guys at South Bend you might prefer to give a shot. Currently among the pitchers there who could realistically get a shot as big league relievers right now: Adbert Alzolay, Jason Adam, Trevor Megill, Justin Steele, Michael Rucker, and Dakota Mekkes. And if you really just want to say eff it and bring up a prospect, you’ve got Brailyn Marquez and Burl Carraway.

I’m sure the unsteady nature of the season will factor into roster considerations, but if the Cubs are going to operate as though the season will proceed without getting shut down, then they really might have to consider churning relievers aggressively.