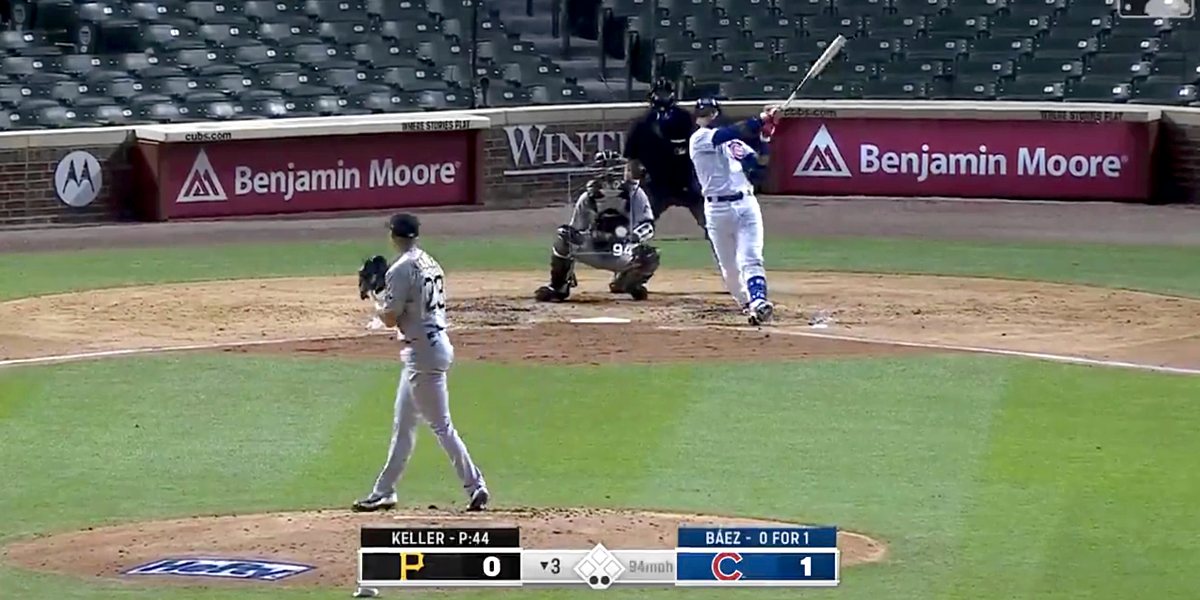 The Cubs squandered leadoff doubles in the first and second innings, so Ian Happ and Javy Báez did the smart thing in the third inning: just hit homers to eliminate the risk of being stranded.

First, it was Happ, sitting back on a big breaker:

That one was 405 feet for Happ, who had hit a 402-foot double in the first inning. Got that extra muscle-up in between at bats.

Then, it was Báez taking it to another level, absolutely obliterating one 448(!) feet to center:

I mean, that thing landed on TOP of the batter’s eye. Just crushed.