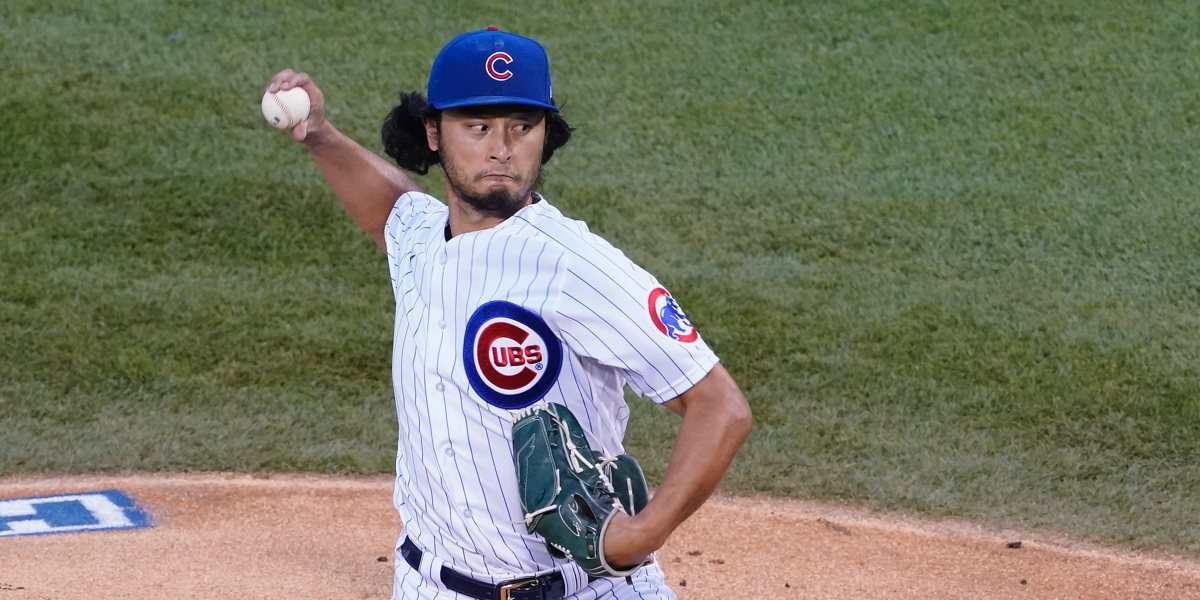 Yu Darvish dominated last night, looking every bit like the guy we know he can bet when he’s got most of his pitches working and solid enough command. That’s really all it takes for him to have a great night, since he’s also pretty much always bringing the premium velocity and ridiculous movement.

Darvish threw six scoreless against the Pirates, allowing just two hits and one walk, while striking out seven. Out of his 86 pitches, he got a whopping 18 swings and misses, distributed across all of his pitches. Like, everything was working. The craziest and best part of his outing, in my opinion? Darvish threw his hard cutter, his regular cutter, his slider, his two-seamer, his four-seamer, his regular curve, and his knuckle curve ALL at least six times, and got MULTIPLE whiffs on every single one of them.

Oh, also: even when the Pirates were making contact, they weren’t squaring him up. Darvish allowed an average exit velocity of just 86.9 mph in the game, and just ONE batted ball above 96 mph.

Darvish described the outing after the game precisely how a lot of us were saying he looked while the game was playing out (Cubs.com): “Today, I felt the same as the second half [of 2019]. Still, I need to work on my mechanics and my normal cutter and command. But, I feel like it’s really close, or almost the same.” He’ll never be totally satisfied, of course, but if you’d put that start right into his second half of 2019, it would’ve looked completely at home. Even his one walk was just barely and it was the very first batter of the night.

Just having some fun here, but through two starts, Darvish has the 16th best ERA in baseball (min. 10 innings), and the 4th best FIP:

Enjoy the highlight package, but what’s interesting is that a few of his strikeout pitches were some of the few that didn’t go where he wanted them. The best part, though, is the final out, which Darvish gave an assist with his buttock:

Thing is, when you have nasty stuff and you are mostly locating it well, you’re gonna get away with missing your spot in the zone more often because the hitters are never settled and comfortable. And he really didn’t miss that often last night. Brilliant outing from Darvish.