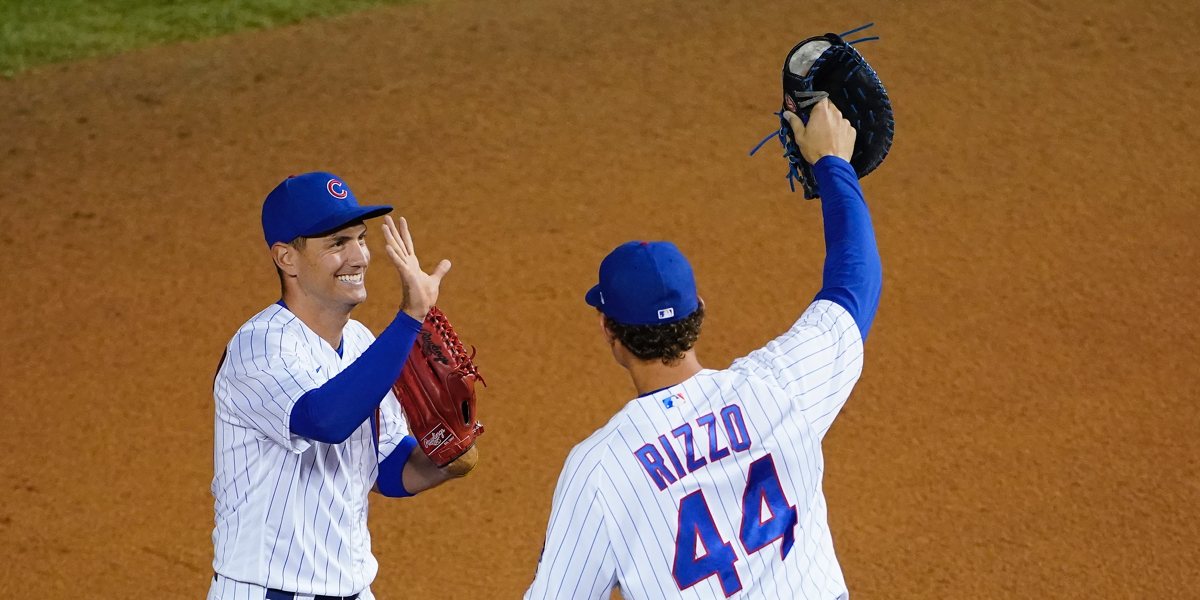 The Wife had a birthday this week, for which I was actually fully present and functional (I’m usually in the midst of the Trade Deadline Blogathon). It was nice to have a moment for that, and also for way too much chocolate cake.

Teams that have seen how the Cubs are operating in a pandemic say they have it “completely buttoned up.” Not to say it will be easy to keep this record, but the Cubs are the 1 team to have ZERO Covid positives, including even on intake.

•   In all seriousness, it’s great that the Cubs have had so much success (Tommy Hottovy and Mike Napoli had COVID-19 pre-intake, so Heyman’s tweet doesn’t quite capture the full picture), but we also know that the virus is always around. You can do everything as well as you possibly can, and it just happens at the supermarket or with a family member or whatever. I want the players and teams to do as well as possible, of course, but I also don’t want to get into the business of raking any team with positives over the coals.

•   A couple Cubs commenting on the state of safety and protocols and the Cubs’ adherence:

And here was Jason Kipnis after Friday night’s game on the approach players need to take right now… pic.twitter.com/2YhBWUjdpx

•   Note by the way that although no one thinks Kris Bryant necessarily has COVID-19 just because he was scratched last night with GI issues, that *is* part of the protocol process: since that can be a symptom, Bryant will now get an extra test. I’m not sure if that’ll leave him unavailable today or not. We’ll see. It’s conceivable he goes on the IL (remember, it can be for any amount of days if it’s COVID or testing related) and that’s who Justin Steele replaces for today.

•   As for the Cardinals’ current outbreak, there have been a total of four positive cases (three players, one coach) and four inconclusives (being rechecked). The current plan is for them to resume play on Tuesday in Detroit, completing a four-game series over the course of Tuesday, Wednesday, and Thursday (they’ve been isolated since Wednesday night). Their weekend series against the Brewers will have to be rescheduled for later in the year, if possible.

•   The Phillies and Marlins once again had no positives today, per reports, so they are scheduled to resume play this week. As always, I pretty much expect some new awful thing to throw these plans into upheaval within the next 12 hours.

•   Javy makes this play look so easy, time and again:

You wish your shortstop was Javier Báez pic.twitter.com/ufVoN8z1pY

•   Jose Quintana is already up to throwing bullpens of increasing pitch volume two days apart, so I am betting that if Monday goes well, he’ll face hitters later in the week:

Jose Quintana threw 38 pitches in a bullpen session . Set to throw another Monday

Heads up: new styles and shapes of Cubs masks over at the MLB Shop today: https://t.co/mzyu8dA0hG pic.twitter.com/WTffZZ6R8q

Anthony Rizzo is the first player to get hit by a pitch six times in his team’s first seven games since Senators first baseman Jake Stahl did so in 1904.

Fans from a rooftop in LF chanting each Cubs player by name until they get a nod or wave.