Tyler Chatwood Was Brilliant Again, and I Would Like to Dote on the Cutter *AND* the Fastball Skip to content 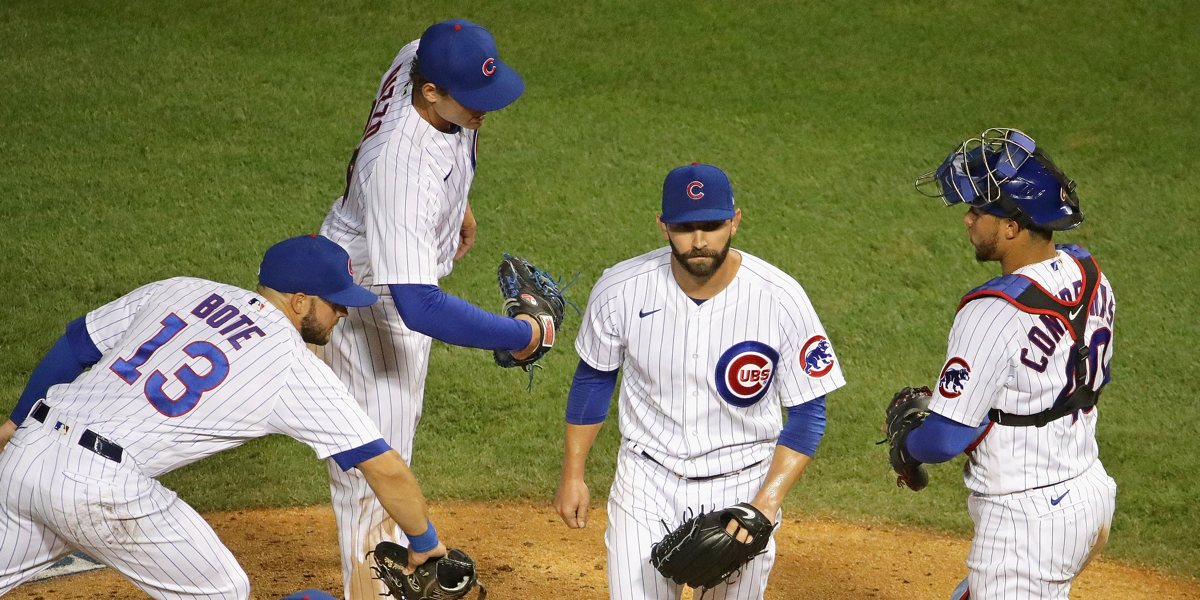 You could really point to a whole bunch of number things from Tyler Chatwood’s outing last night to impress. There was the career-high 11 strikeouts. The 6.2 scoreless innings. The 20 whiffs out of 96 pitches. Only three hits and two walks.

Chatwood threw his base fastball (two-seamer/sinker) 47 times last night, about one out of every two pitches. And of those 47, a whopping 25 netted him a called strike, a swinging strike, or a foul ball. More than HALF of his base fastballs thrown got him a strike with no threat of damage at all. Just 15 were called balls, and just 7 were put into play. You could not more masterfully use your fastball to set up your secondaries than he did last night, and this was a guy who could not throw his fastball for a strike at-will throughout 2018. The work he’s done to remake himself over the last two years is incredible, and while the new cutter is going to get most of the love, I just wanted to point out how much work the fastball is doing.

Probably not a coincidence: Chatwood started the process of shifting his base fastball from a four-seamer to a two-seamer in 2019 (remember how he started to improve last year?), and this year he’s barely throwing the four-seamer at all.

Speaking of that cutter, though, it’s just wrecking guys. He got another 7 whiffs out of 23 cutters last night, with just one ball in play (88.3 mph exit velo, missing the barrel for an easy out, as you’d expect).

And he is able to use the cutter in different ways against righties and lefties. Against lefties, as you’d expect, it’s bearing in on them, getting under their hands, and generating the kinds of whiffs you imagine when you think about a nasty cutter/slider combo pitch. But against righties, it almost functions like a changeup from a lefty: it pairs with the 95 mph two-seamer that runs aggressively back over the plate, but the cutter winds up staying around 90 mph and moves down and away from the batter (again, like a really good changeup from a lefty). It’s a devastating combo when he commands them both:

More data visualization on the work he’s done with the cutter:

Tyler Chatwood said he began working on a revised cutter grip in 2nd half last year. Here, you can see the month to month horizontal movement from '19. It has remained at that same finishing level so far in '20 pic.twitter.com/UOwrrxM3JY

More fun stuff on Chatwood and his performance last night:

Tyler Chatwood has thrown 9 changeups this year, according to Statcast.

3 for strikeouts, including my favorite pitch of the season (all three below).

And then there were two foul balls and a called strike.

No balls. No hits. pic.twitter.com/brMRMkbXSh

When you thought it was gonna be a cutter that falls off the plate but it was actually a come-back two-seamer. pic.twitter.com/98jgUIdk7E