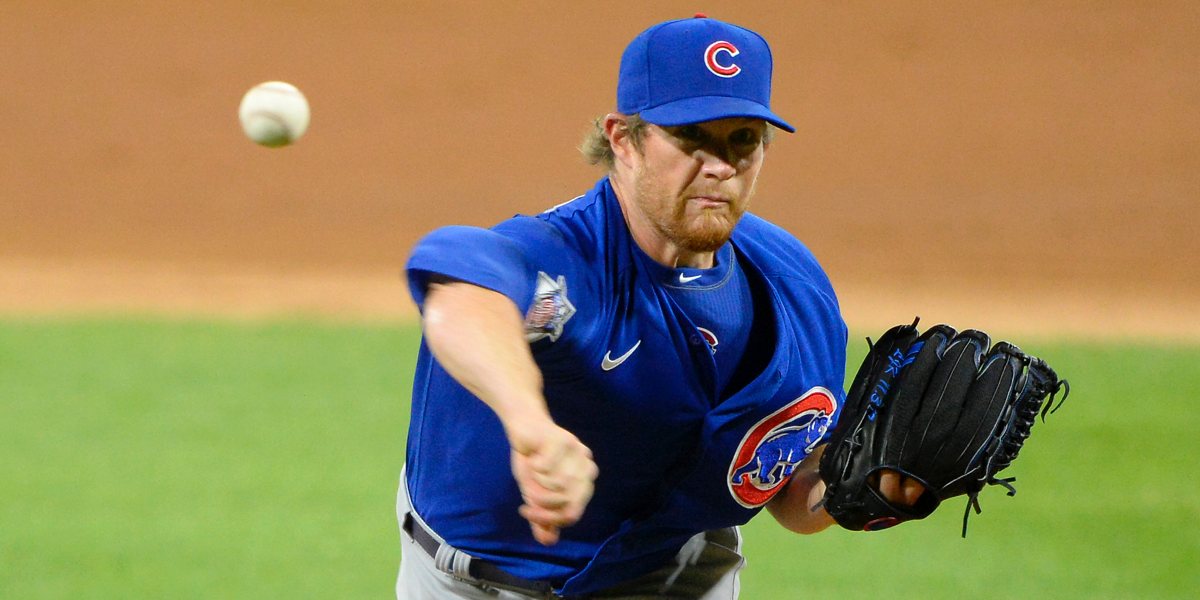 What you don’t know for sure in situations like this is whether a guy is just physically busted out, or whether it’s merely a matter of correctable mechanically issues sending things out-of-whack. I don’t want to talk myself into anything just because I want to be optimistic – if you followed Kimbrel’s downward trend in 2018 before his long offseason wait for a team to sign him, then you know that there were already warning signals of a looming decline in performance. But THIS precipitous? No. Which means I don’t think you’re being obscenely optimistic if you point to two straight weird years of preparation and limited action, during which time it’s possible that it was pretty easy for a guy’s mechanics to get mucked up.

First, you have Ross hinting at mechanical issues, which could make it a lot easier for batters to diagnose his pitches (via Marquee):

“There’s some mechanical things that we can shore up to where he’s back to hiding the ball a little bit more — a little more deception in his delivery when he’s right,” Ross said. “Some of the conversations we’ve had, he’s not quite where he wants to be in that. He’s kind of in between.

“I like the fact the velocity’s there, but there’s a couple other things we could lock in, we’ll see a much better Craig.”

Ross didn’t want to give away too much about Kimbrel’s mechanics or how the Cubs plan to fix the issue, but the manager also acknowledged a little bit of confidence and comfort on the mound could go a long way with Kimbrel.

Then, you have Hoyer flat out saying it’s the mechanics, per the Sun-Times:

“I think that’s the job we have ahead of us, and, luckily, we have a very willing, open and honest Craig Kimbrel. He’s willing; he knows that he’s not right. I mean, this is a guy that’s done nothing but dominate his whole career, and he knows that he shouldn’t be walking guys like this. He knows that. His fastball shouldn’t be getting barreled up like this, and we need to get as many mechanics back in the right place.”

We’ve noted that Kimbrel’s release point, by the data, is way off from recent years, and his spin rate is down. Could those two things reinforce the idea that it’s the mechanics causing the problem (and not something else – i.e., physical decline – causing the pitches to suffer)? Or are the mechanics getting out of whack because of the physical decline? You’re not going to get an answer on that one.

So for now, we wait to see what happens the next time Kimbrel is permitted to take the mound. Is the arm slot back up a little higher? Is he staying closed off for longer? On that one, check this out from the same camera angle:

Not only is there going to be less deception in the second image, I’d also think you’re getting less whip in your delivery (thus, potentially, less velo and less spin). But the thing is, as guys get older, these kinds of complicated, physically-challenging deliveries – the ones that make shit a lot harder on the batter – become more difficult to sustain.

On the whole, I’m hearing what Ross and Hoyer are saying, and I am not ruling out the possibility that this can be fixed, and fixed quickly. Kimbrel’s decline in the second half of 2018 and his disastrous 2019 are what give me the most pause, but guys who performed for so long at Kimbrel’s level can bounce back.

I look forward to seeing Kimbrel’s next appearance from an evaluative perspective, though I hope it comes when the game is very out of reach in either direction.