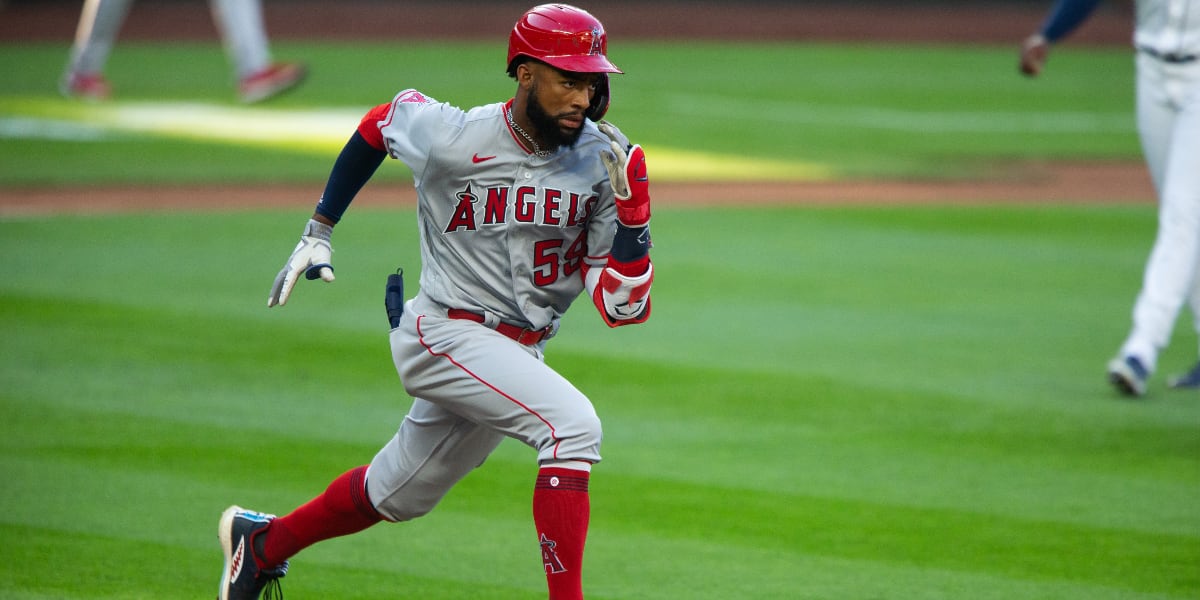 Every morning, my dog Henry wakes me up at almost the exact same time, so we’ve got our morning routine pretty much down pat. We get out of bed, he devours some food as I get dressed, I make some coffee, then we hit the streets for a little romp around the neighborhood. When the weather’s nice, it’s usually a pretty relaxing start to the day.

Henry also happens to be a hunting dog, so I’ve trained him to walk off-leash, which he does perfectly well, even in the city (it also lets him burn off a little more energy as he runs up and down the street). Today, however, Henry was running around when he spotted a giant pile of … leftovers from some other dog (and an owner who couldn’t be bothered). It was at this point that Henry decided it’d be smart to dive headfirst into that pile of … leftovers covering himself in as much of it as possible.

The rest of the morning wasn’t as relaxing.

Before the season began, Felix Hernandez opted out due to COVID-19 concerns. Just before Opening Day, Cole Hamels was placed on the 45-day injured list. On July 28th, Mike Foltynewicz was surprisingly out-righted off the big league roster. And two nights ago, Mike Soroka tore his Achilles tendon, ending his much-anticipated season so soon after it began.

Needless to say, the Braves once mighty rotation depth has been largely decimated, but for now, given the challenges of the market, the Braves are not looking to deal: “Today, the likelihood is we’ll stay internal,” GM Alex Anthopoulos explained, “but we’ll continue to inquire and see if we can line up on a deal.”

If your mind has already drifted to Jose Quintana, who’s working his way back from a fluke injury with no obvious spot in the rotation to which he can return, I don’t blame you. After all, we had that discussion once already today with respect to the White Sox, who have suffered similarly bad luck in their rotation. But it remains just too difficult to speculate on the trade market right now. Teams will likely not be willing to give up much in a trade, particularly for a rental, seeing as the season could shut down at any moment, and it’s not like the Cubs can’t use Quintana in other very significant ways outside of the rotation. And, of course, he’s not back yet.

It’s something to keep in mind if things improve this month, but for now, the Braves will look to cover internally, and Quintana will continue his rehab journey – which includes a simulated game at South Bend tomorrow.

The Braves had some other injury news to report:

Shohei Ohtani Done for the Year

As we speculated yesterday, with a 4-6 week rehab calendar, Shohei Ohtani is done pitching for the year:

That’s a tough blow for the Angels, who, under Joe Maddon, have gotten off to a frustrating 4-7 start with a -5 run differential. Pandemic aside, I think they all saw this season going very differently. With that said, they are about to get an exciting addition to the roster.

The Angels have called up top prospect Jo Adell (6th in MLB according to MLB Pipeline), and he’ll immediately slot in as the everyday right fielder (he went 1-4 in his debut last night):

Adell, 21, dominated at Double-A last season (173 wRC+), but actually struggled quite a bit upon his promotion to Triple-A (67 wRC+ in 27 games). Even still, he hit well in the Arizona Fall League at the end of the year and is still expected to be an impact player. He’s been Luis’ favorite prospect for as long as he’s been one.

He’s also not the only top prospect coming up.

The Padres are indeed planning to promote Luis Patiño, MLB Pipeline's No. 27 overall prospect, for tonight's game against the Dodgers. Reports from the alternate site are that Patiño has been lights out. He will be used out of the bullpen at the start.

Luis Patino, 20, is making the leap from Double-A to the majors, though even that is an exaggeration (and a significant leap), seeing as he’s had just 7.2 innings above the High-A level. That’s about as aggressive a promotion as you’ll ever see in terms of professional experience, so you can imagine the Padres have some serious faith in his abilities (and are also probably trying hard to claim the Dodgers division in a year where anything’s possible).

There Were *Supposed* To Be Changes to the Baseball

Despite multiple investigations – and even recommendations made to the league by their own committee – the evidently “juiced” MLB baseball will remain unchanged in 2020:

A committee made several recommendations to address the inconsistencies of the baseball. Early this year I was told all of them would be adopted. Now, the league says that due to the pandemic, none have been put in place. My latest for @ForbesSports https://t.co/9mwzSpAZS1

According to the report, “the pandemic has slowed the ability to identify and adopt any changes to the production process,” which means the ball remain inconsistent (i.e. juiced) for the duration of the season. You can check out some of the proposals here at Forbes, including special humidors at all 30 ballparks, in case any of those proposals go into effect for 2021.

Citing some divergent interests, Minor League Baseball yesterday replaced their negotiating team yesterday (originally comprised of a number of MiLB owners) with a new group with closer ties to MiLB president Pat O’Conner. O’Conner apparently wants to preserve the independence of Minor League Baseball, which has shrunk and come under more direct control of MLB in a number of ways lately, while some other chunk of owners are anxious to ratify any deal.

As JJ Cooper explains in this thread, it could be a contentious few weeks.

2. I should have a follow-up story tomorrow, but there are very divergent interests at play on the MiLB side. From my reporting I feel comfortable in saying the MiLB independence/preservation of the MiLB office in St. Petersburg is not a priority for most MiLB owners.

4. So the next few weeks could end up being very contentious in MiLB circles. Many MiLB owners want to go one way, MiLB's leadership wants to go in a different direction.https://t.co/HZwv9ztQ3H

According to The Athletic, Major League Baseball is already considering some ways to ensure a safe and efficient journey through the 2020 postseason (should we get that far), including a 3-4 day quarantine period before they begin and even a semi-bubble, accomplished through use of neutral sites. MLB apparently has the right to make that decision, though there are some reasons to believe that’s not a truly unilateral power (the players have say over certain safety protocols … let’s just hope this is not the preface to another unnecessary fight).

Obviously, ensuring the health and safety of all participants is paramount, but the league also has to ensure that no one-team shutdown derails the entire tournament and causes on-the-fly changes to the games or broadcast schedule ($). There’s a lot of money at stake in October and everything is on the table as it should be.

For what it’s worth, I have no issue with neutral site playoffs in general, especially if they actually help allow the playoffs to happen. But I do think that the expanded playoffs, which feature a 3-game first round series, all of which are supposed to provide home field advantage to the higher seed, are going to be pretty weird if they’re not actually … you know, at home.

Point being, neutral site playoffs take even more importance away from winning your division this season.

No one else has thrown a 99+ MPH pitch with 17"+ of horizontal movement for a swinging strike this season. https://t.co/sc449TNBeE

Former Cub Jon Jay has become a 10-year big league veteran, a milestone only 6% of big leaguers ever reach. Congrats to him:

Well, it did happen once. And it’s really funny.