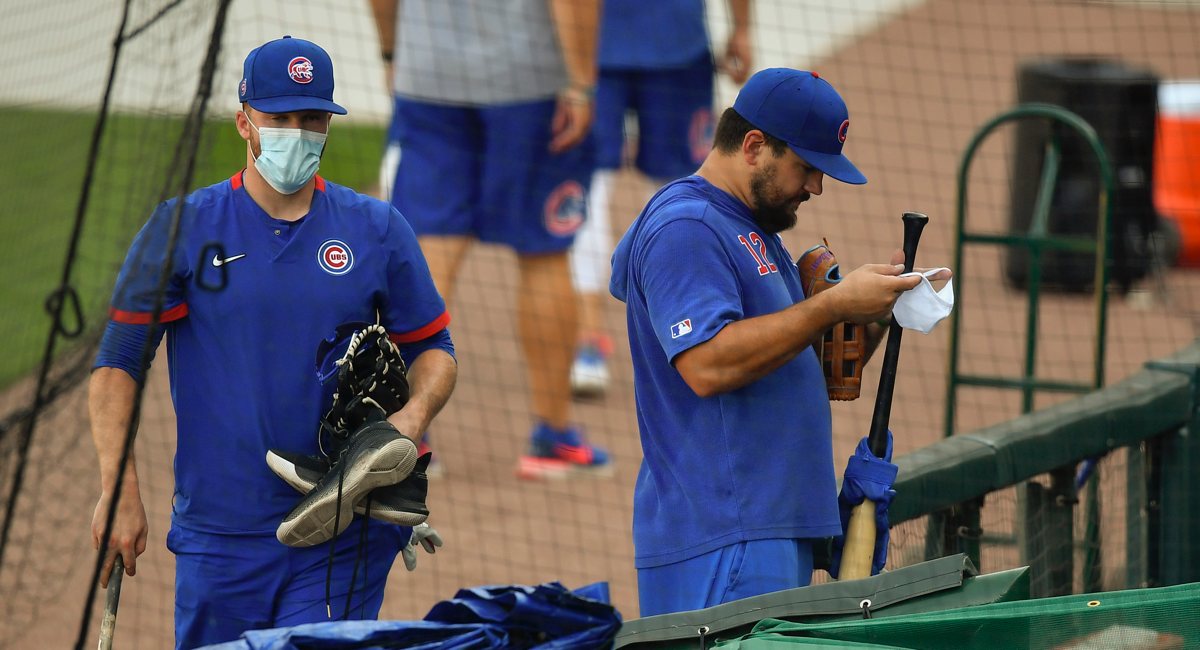 Having seen firsthand how quickly the novel coronavirus spreads once it gets into a big league clubhouse, and desperate not to see its season shut down by multiple outbreaks on multiple teams at once, Major League Baseball and the Players Association have agreed on the fly to significant changes to the health and safety protocols this year.

Masking protocols have been updated to include everyone, at all times, except for players actually playing on the field. So everyone else in the dugout? Masked. Everyone going to and from the ballpark? Masked. Anything you do outside of your hotel room or your house? Masked. This is pretty critical to reducing the risk of spread within a clubhouse, because we know that masks are primarily about the wearer not spreading anything to everyone else – so if everyone is wearing everywhere except the field (where transmission risk is very low), then then chances that an asymptomatic carrier spreads it to a bunch of guys without knowing *should* be very low.

Among the biggest changes: if you violate the protocols repeatedly, you can be suspended for the rest of the season. MLB clearly wants that part of the message to be heard far and wide by the players and personnel.

Teams must reduce their traveling parties to only personnel who are absolutely essential to playing games. All staff and players must wear face coverings at all times in hotels in the road except for when alone in their rooms.

1) Per sources: Teams were sent memos today outlining the new and enhanced protocols which are effective immediately. They include the risk of being 'prohibited from further participation in the 2020 season' for repeated or flagrant violation of said protocols.

4) When at home, players are prohibited from going to bars, malls or any large gatherings.
-Players must get permission from their compliance officer before leaving the hotel
-Clubs must reduce the numbers in their traveling parties to personnel 'essential' to playing the game

MLB memo: We recognize that these changes place additional burdens and restrictions on players and staff. But if we desire to play, they are necessary to limit infections and, if someone does test positive, to keep the virus from spreading.