The Cubs Just Dropped a 53-Min Video of Their Core Hitting Bombs as Rookies, So That's Fun Skip to content 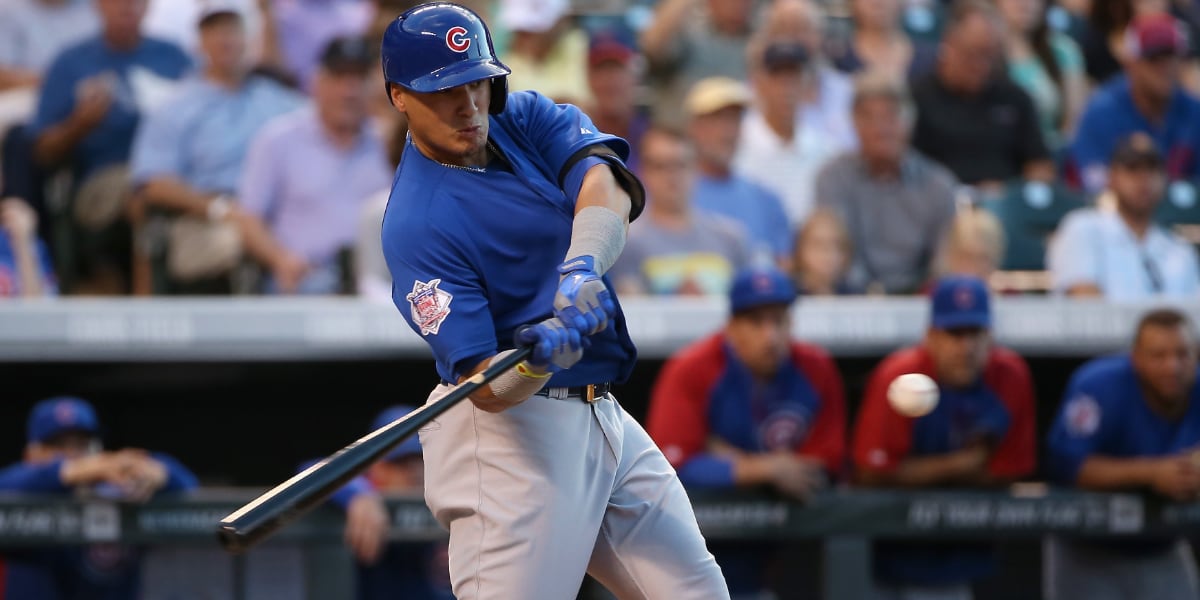 Anthony Rizzo’s first career home run – the only one he hit in another uniform – came in his third big league game with the San Diego Padres back in June of 2011. Unfortunately, that short debut didn’t go too well for Rizzo, so he was sent back down to the minors and eventually traded to the Cubs, where he remained a rookie throughout the 2012 season.

Just over a year after his first career home run, Rizzo launched the second home run of his career, and his first of 220 as a member of the Chicago Cub (so far). I legitimately remember it like it was yesterday, and probably tweeted #RizzOMG … right after Brett.

Javier Baez was one of the first true Cubs prospects promoted to the big leagues near the end of the Cubs rebuild, and although the first five plate appearances in his first game didn’t go so well, he got another chance in the 12th – a chance he didn’t waste. Think back and you’ll remember baby-Baez launching a go-ahead, game-winning, opposite-field home run in his debut at Coors Field.

It took Kris Bryant 21 games to get his first big league home run, but he hit 25 more that season. It took Kyle Schwarber only 3 games to notch his first long ball in 2015. And, of course, it took Willson Contreras … exactly one pitch to make his first deposit into the bleachers.

A number of other notable Cubs rookies have had some extremely memorable first home run (Albert Almora Jr., Victor Caratini, Ian Happ, David Bote, Nico Hoerner, etc.) and now, you can re-live all of them in one place. Cubs Productions has put together a 53 minute video not only of each players first big league home run, but all the home runs they hit when they were rookies.

This is absolutely awesome and a great way to spend an hour:

But if you don’t have the time for the whole thing, the Cubs have shrunk that video down to a bite-sized teaser on Twitter, which is almost as fun: