So What Happened With Tyler Chatwood's Outing Last Night, and Why Am I Not Worried? Skip to content 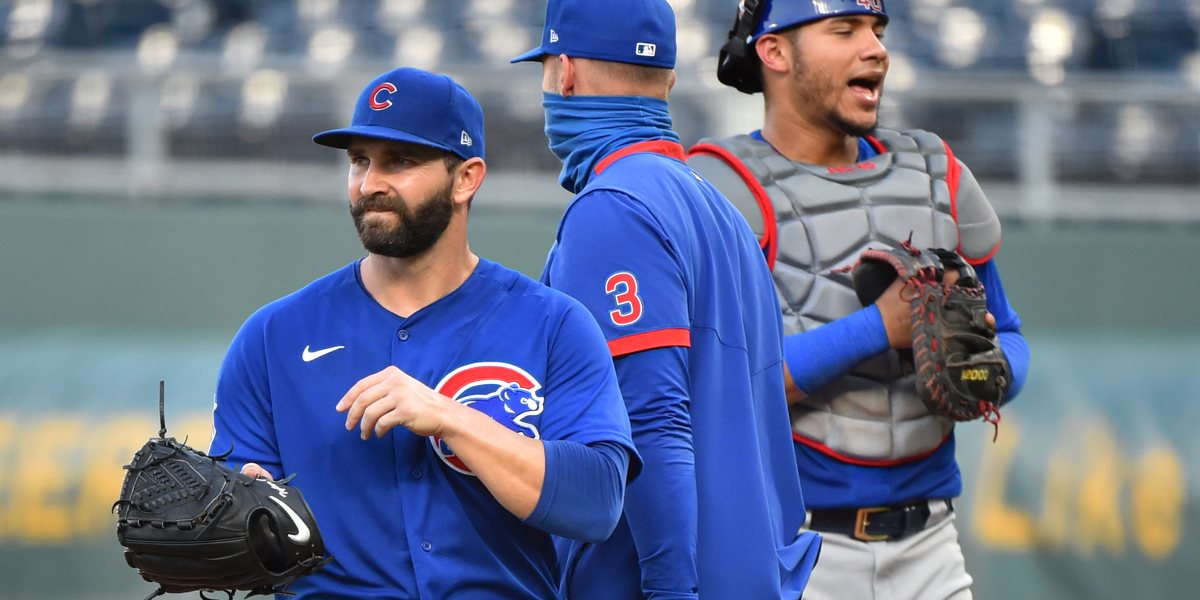 That is to say, when you think of a rough Chatwood outing, your brain immediately goes back to 2018, when he simply could not throw strikes. He would constantly fall behind hitters, leaving himself open to having to come into the zone in hitters counts, or simply walking guys aplenty. That was not this Royals outing. Not only did Chatwood not walk anyone, he wasn’t really falling behind guys either – the Royals were just getting pitches they wanted early and attacking.

So what happened? How did Chatwood give up 11 hits and 8 earned runs over just 2.1 innings? Are we worried about Chatwood now?

Eh, probably not. Let’s dig in to how things played out, and why I am not concerned yet.

Out of 14 balls in play, just THREE had an expected batting average under .360 (and one of those wound up being a homer off the foul pole). Sure, by roll of the dice, you’d have anticipated more of those .400-.600 balls to find gloves – there was some bad luck and meh defense involved last night as PART of the mix – but the point here is that the quality of contact last night was great for the Royals.

So, then, lots of contact, lots of quality contact, and not a lot of whiffs. But also no walks. So it’s not like Chatwood was just wild out there. What happened?

I reckon you could piece it together by now, even if you didn’t watch: Chatwood’s location in the zone was quite poor. Consider his location chart from the Pirates game, an appearance which may have been the best we’ve ever seen him: 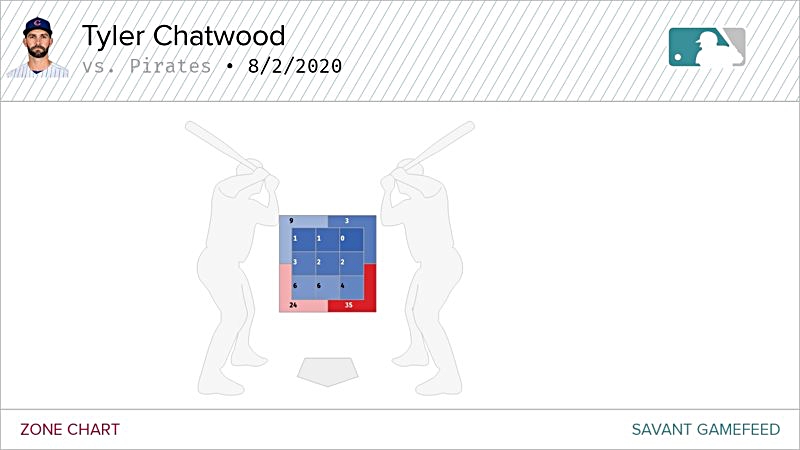 Almost everything he threw was at the bottom of the zone, above the zone, or below the zone. He threw just two middle-middle pitches out of 96 pitches (2.1%), and just 9 pitches in the zone middle-up (9.4%). 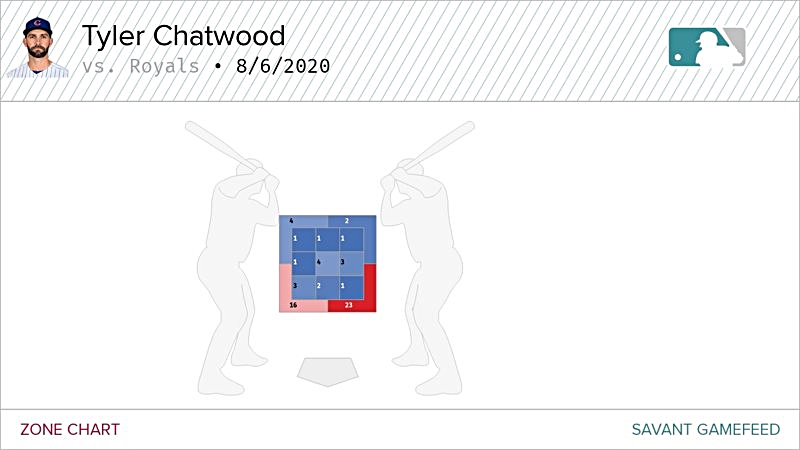 Eight of the ten batted balls off of Chatwood shown in the Royals highlight package for the game were pitches that missed their spot by quite a bit in the zone.

Both Chatwood and David Ross suggested after the game that the stuff was there, but the Royals just hit it well. From Chatwood at Cubs.com: “I made good pitches, and they hit ‘em. I made bad pitches, and they hit ‘em …. I think my stuff was all still there. You know, maybe not as sharp as I wanted to be with the sinker. But I still feel good. I made some good pitches that found holes and then I left a couple cutters [in the] middle that they barreled up.”

I think that’s a fair assessment overall. Chatwood ran into a team that is extremely aggressive at the plate, he missed his spots just enough in the zone to increase the chances of hard contact, and a disproportionate amount of that hard contact fell in for hits.

On that whole, this isn’t necessarily a string of things that would worry you going forward, despite the extremely crooked number on Chatwood’s stat sheet. If he was just missing spots a bit because he was just missing spots a bit – which happens to all pitchers for some outings, and hey, sometimes you even get away with it –  then you’re not worried at all. The stuff, the movement, the velo all seemed fine, and it was clearly not a total loss of control. Where you’d worry is if his next outing also features a lot of spots missed up in the zone (regardless of whether he *actually* gets teed off on that time).