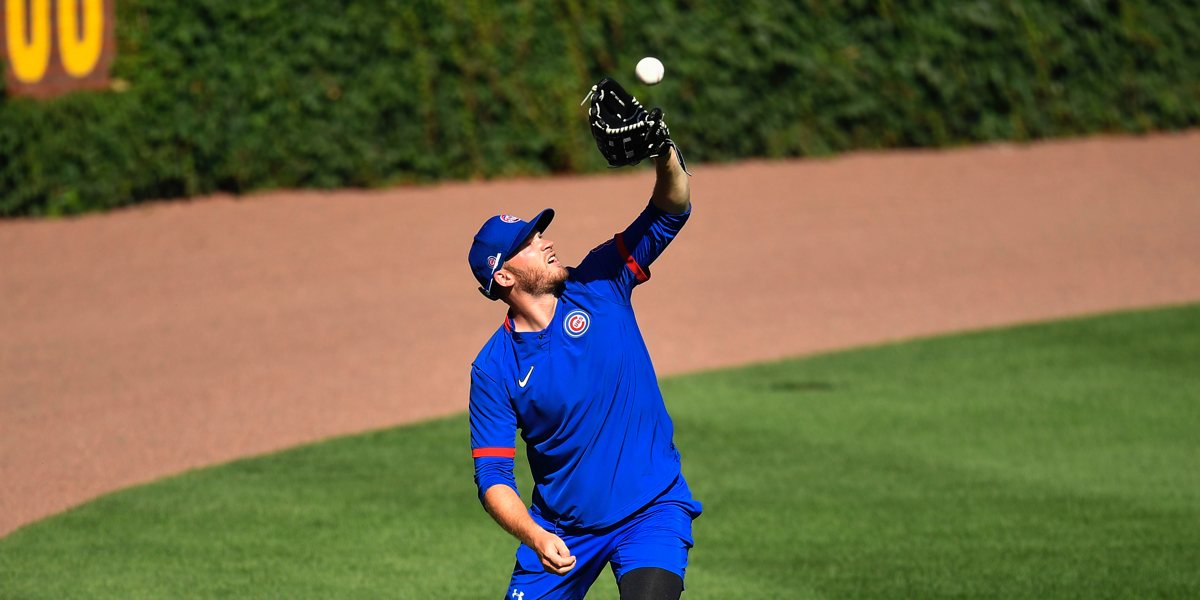 A whole lot of us were hoping that what Ian Happ showed upon his return to the big leagues last year would carry forward into 2020.

When Happ was surprisingly sent to AAA Iowa to open the 2019 season, and then stayed there much longer than many were anticipating, it was extremely heartening to see how well he’d used that time. He returned to the big leagues to slash .264/.333/.564 (127 wRC+) over his 156 PAs, starkly dropping his strikeout rate (from 36.1% in 2018 to 25.0%) while dramatically increasing his power (.176 ISO in 2018 to .300). His previously over-the-top walk rate (15.2%) fell, but it was still strong (9.6%), and it was an organic byproduct of his improved contact rate and selective aggression at the plate. Virtually everything Happ came back to the big leagues and did was exactly what you’d want to see.

Maybe the only thing you could’ve pointed to, broadly speaking, as an issue was that he was still underperforming against lefties, when he hit from the right side of the plate: .233/.303/.467 (96 wRC+), 33.3% K rate, .233 ISO. That’s not bad performance, mind you – lots of lefty hitters do much worse than that against lefties – but if he were going to take that next step into an everyday starter, you’d want to see that come up.

And, hey, also? Through his first 12 PAs of the year against lefties, he’s hit well – he’s got three hits, including a double, two walks, and four strikeouts. Not bad from your weak side (137 wRC+).

All of this is to say, what David Ross declared this weekend shouldn’t come as a surprise. It’s great news, though. Ian Happ is *THE* Cubs starting center fielder now. Full stop.

“Right now, it’s hard to take Ian Happ out of the lineup,” Ross told Cubs.com when asked about ways to get other guys starts in center field (for example, put Nico Hoerner in center and David Bote at second). “[Happ is] the real deal, in my opinion. The times [Happ] has got to get some days off, we’ll look at that. We’ve got [Albert Almora], who just continues to wow on defense. … But, right now, the job’s Ian Happ’s.”

No equivocating there. If and when Happ needs a day off, he’ll sit, But otherwise, righty or lefty or whatever, Happ is the Cubs’ everyday center fielder. And even if he goes through an inevitable period of struggle or adjustment, this is the way things need to stay, because Happ’s upside is too great. Throw in the fact that he no doubt needs to continue getting those defensive reps in center field (yes, some of his routes are still ugly at times, but he’s got good speed and is mostly “passable” out there right now), and you just want Happ starting every day. This guy wasn’t the 9th overall pick for no reason.