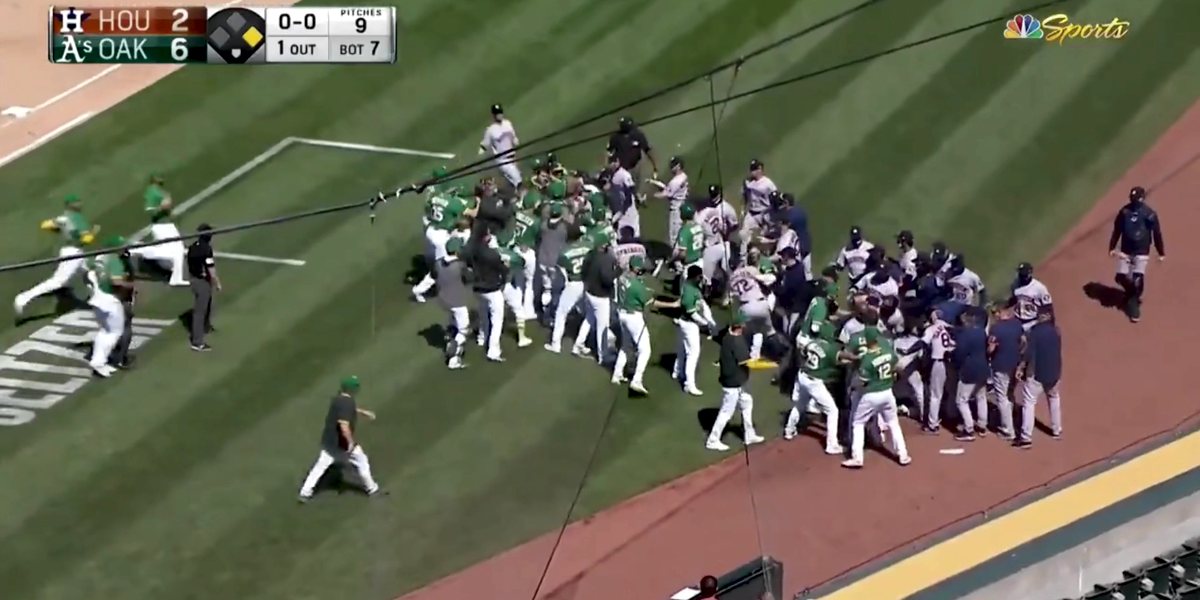 Don’t rumble during a pandemic, where the virus at issue sure loves to hop very easily from human to human in close contact.

If your sport’s survival this year depends on things like not rumbling, then you can expect the consequences for things like what happened between the Astros and A’s to be quite severe. A’s outfielder Ramon Laureano gets six games and Astros hitting coach Alex Cintron gets 20:

I think Jomboy sums this up well:

If you missed the rumble, by the way:

Laureano charges the Astros dugout and the brawl breaks out pic.twitter.com/CQ2K8kFnlb