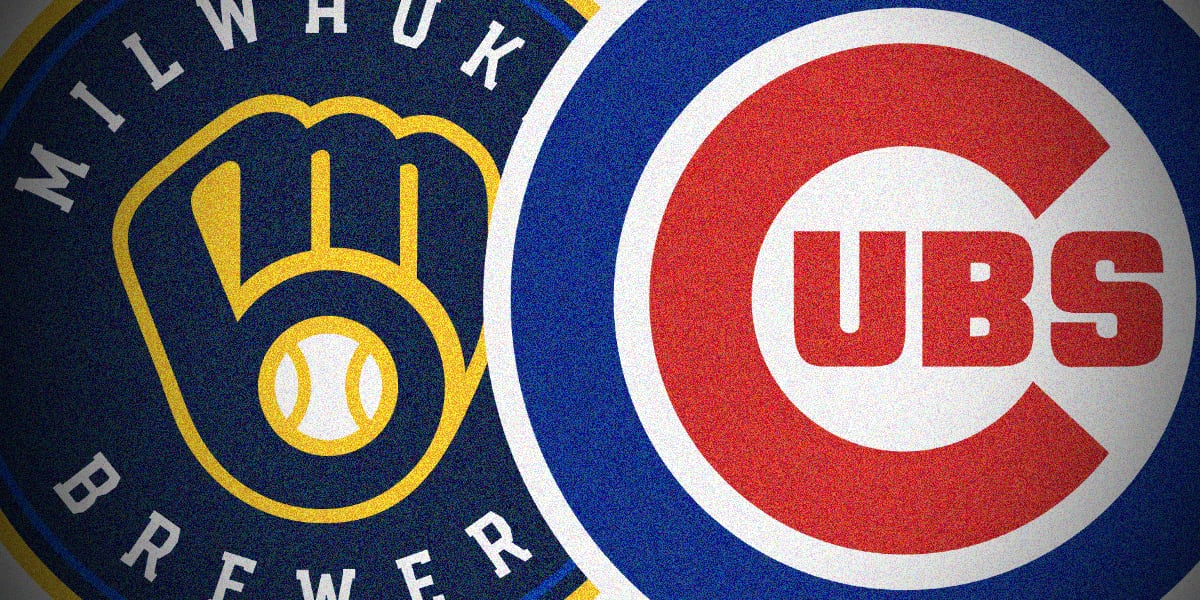 The Cubs are headed back to Chicago for the next 11 days, where they’ll host our three favorite teams in a row: the Brewers (4 games starting tonight), the Cardinals (3 games starting Monday … hopefully), and the White Sox (3 games starting next Friday). That’s one heck of a fun stretch of matchups, especially if the Cubs can make it hurt.

Speaking of making it hurt, the Brewers currently trail the Cubs by 5.5 games with something like 42 games to go and just 3 head-to-head matchups after this series. If the Cubs manage to take all four (or even 3 out of 4, really), the Brewers will have an enormous hole to climb out of relative to the Cubs, specifically – perhaps too big. I know it feels like the season just started, but it’s the middle of August. It’s already crunch time.

The Chicago Cubs (12-3) were one of the hottest teams in baseball before their unscheduled hiatus, but they came out swinging, outscoring the Indians 14-3 for their third sweep of the year.

The Milwaukee Brewers (7-9) just dropped two of three to each of the Twins and Reds, after splitting a four-gamer with the White Sox. They are two games below .500 and 5.5 back of the Cubs in the NL Central.

Cubs Pitcher: Tyler Chatwood’s first two starts of the season were magnificent, but he got blown up by the Royals his third time on the bump. From what I remember, he didn’t actually look that bad that game, they just punished a few mistakes, got a little lucky, and were swinging their heads off. One thing I remember for sure: Chatwood was definitely not wild and his velocity looked fine. I think it may have just been an off night. I’m expecting him to bounce back, but I’ll also be watching closely.

Cubs Player: Ian Happ’s walk rate is up to 18.9% (10th in MLB) and his OBP is up to .434 (9th in MLB). But more impressive than anything? His strikeout rate is down to 22.6%. As we discussed yesterday, this is a combination of making more contact on pitches in the zone and spitting at more pitches off the plate. If he’s able to keep himself ahead in the count, he’ll continue to get pitches he can hit, while will continue to prop up his overall production. Just a really fantastic start to the year for the Cubs 26-year-old center fielder.

With all of that said, the Cubs are scheduled to face a lefty tonight, which will push Happ to the right (his weaker) side of the plate. He’s actually done alright in limited duty as a righty batter this season, but it’s something to keep an eye on. David Ross said Happ was the everyday center fielder, though, and tonight he can prove it.

Brewers Pitcher: Brandon Woodruff held the Cubs to 2 earned runs on 4 hits and 1 walk against 5 strikeouts in the first game of the season … and then went on to allow just 4 earned runs total over his next 16.1 IP. For the year, he’s struck out 26 batters and walked only 5. He’s been pretty good this year because he is, in fact, pretty good.

Brewers Player: After a hot(ish) few games, Christian Yelich has his slash line up to .175/.288/.456, which is somehow good for a 100 wRC+ here in the early going. He’s currently riding a four-game hitting streak with 2 singles, 1 double, 1 triple, 1 homer, and 2 walks. I think it’s fair to say he’s probably going to do some damage this weekend, though the games are at Wrigley, so ….