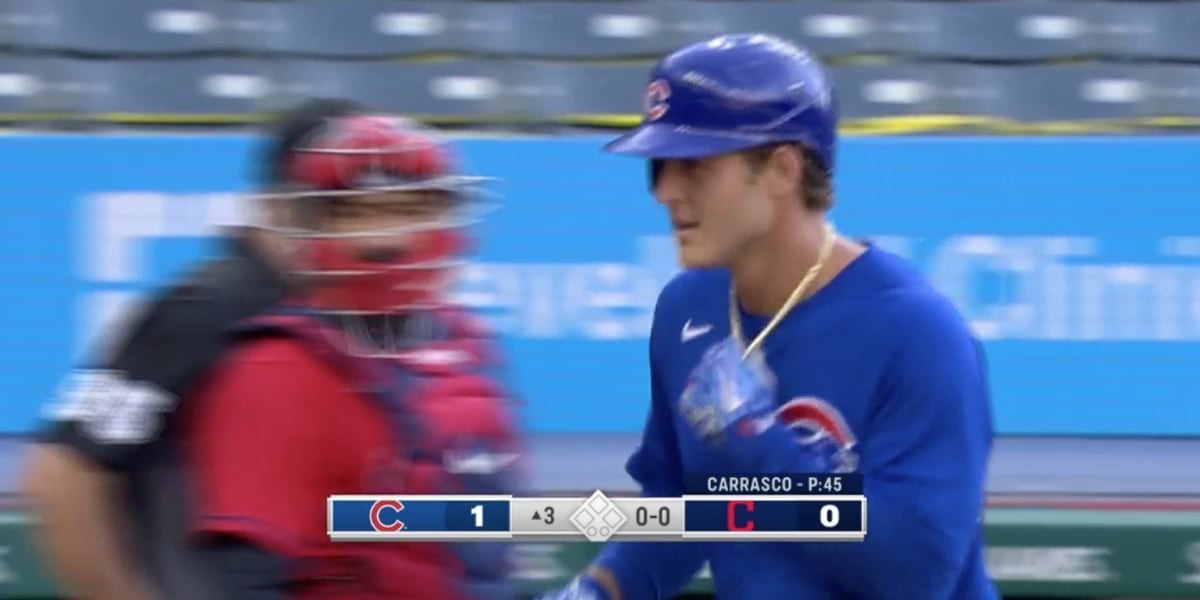 Anthony Rizzo surprised folks last night with an abundance of bling, rocking two huge gold chains that first showed up when he reached base, and then REALLY got our attention when he rounded the bases on his homer:

“Those things are heavy,” Cubs manager David Ross told Cubs.com. “I don’t even know if I could hold those around my neck. Rizz, whatever works, right? This is baseball. We’ll do anything for knocks.”

“I mean, he went deep, so he pretty much has to,” Kyle Hendricks said when asked if Rizzo was going to wear them again. “You never know what you’re going to get out of him.”

Rizzo: "The gold chains are getting charged up right now."

The whole thing is reminiscent of the most fun years we’ve seen from the Cubs – 2015 and 2016? – where the guys are just so focused but happy, and they’re creating so much of their own energy. Rizzo suggested that’s not a coincidence, and it might make you a little sad:

Anthony Rizzo spoke honestly about uncertainty ahead for the Cubs' core and his own future in Chicago, and why he's "enjoying every second" of this season. pic.twitter.com/YaBI5RWtnO

As you know, much of the Cubs core is under control through next year only (Rizzo, Kris Bryant, Javy Báez, Kyle Schwarber (and Theo Epstein, too)), and with so much uncertainty facing the game right now, it’s impossible to predict for certain whether all will be back next year, much less beyond that.

So they enjoy the time they have by playing great ball, and doing things like wearing giant gold chains.