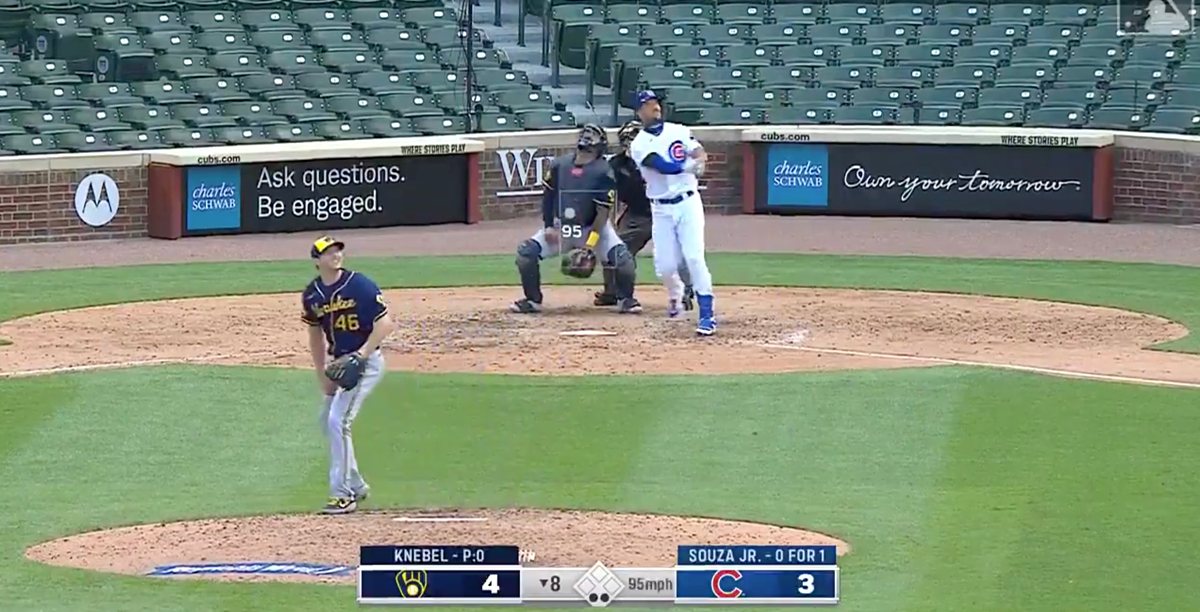 It’s been a frustrating game today – more on that later, depending on how it resolves! – and suffice to say the Cubs’ offense has been aggravatingly stymied most of the day.

But a well-timed pitching switch (for the Cubs) gave Steven Souza, Jr. a chance to face Corey Knebel, and on the first pitch, he hit his first homer with the Cubs:

.@SouzaJr's first #Cubs home run is a big one! pic.twitter.com/k3iQomTviH

That shot was also Souza’s first homer in two years, thanks to his injury-related absence from the big leagues.