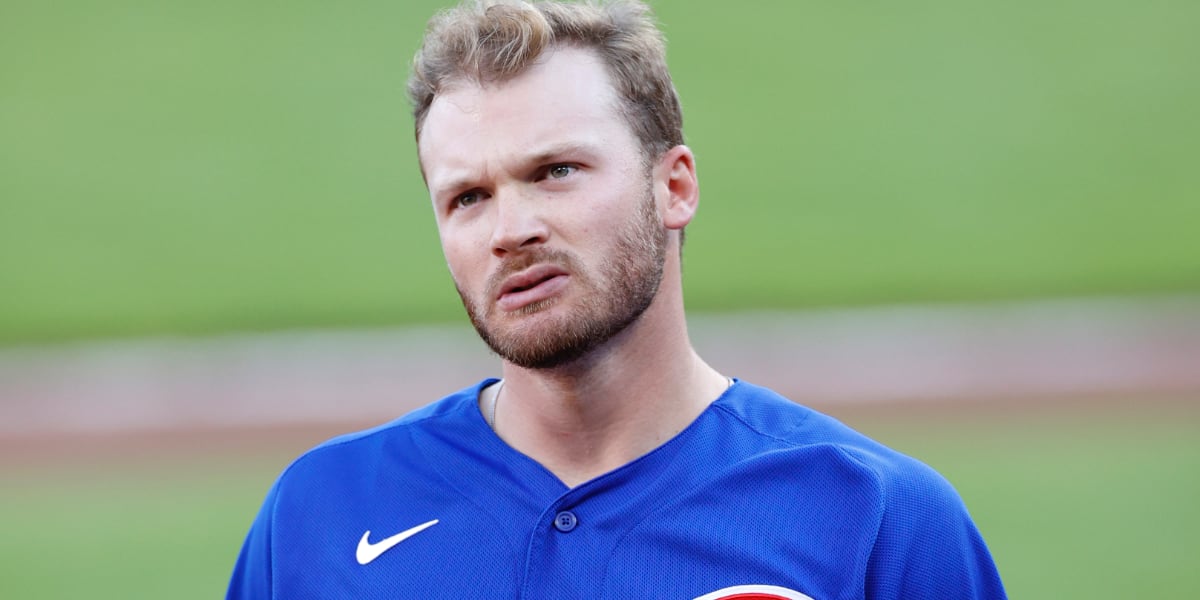 On the list of things we should worry about at the moment, Ian Happ is not particularly high up.

The 26-year-old switch-hitting center fielder has leveraged a very patient approach at the plate to his advantage, generating a ton of walks and hitting for plenty of average (.297) and power (.578 SLG), to say nothing of a .416 OBP which ranks 16th in MLB. And while we’re on it, Happ also has a career-best line drive rate, the highest hard% of his career, and is even crushing it against left-handed pitching for the first time in his career (143 wRC+). So, yeah, all things considered, his season is going very well.

But there’s something I want to keep an eye on, and you already know it’s the strikeouts. Not unlike a lot of Happ’s teammates right now.

Well, in the seven games since (and including) August 12th, Happ has struck out 12 times, including at least one strikeout in every game and multiple strikeouts in 5 of 7. That’s a lot closely bunched together. In fact, that’s more strikeouts than he had in his previous 14 games combined (10). Obviously, that’s a bit alarming, and I just wanted to see if we can find out which part of his game is contributing. 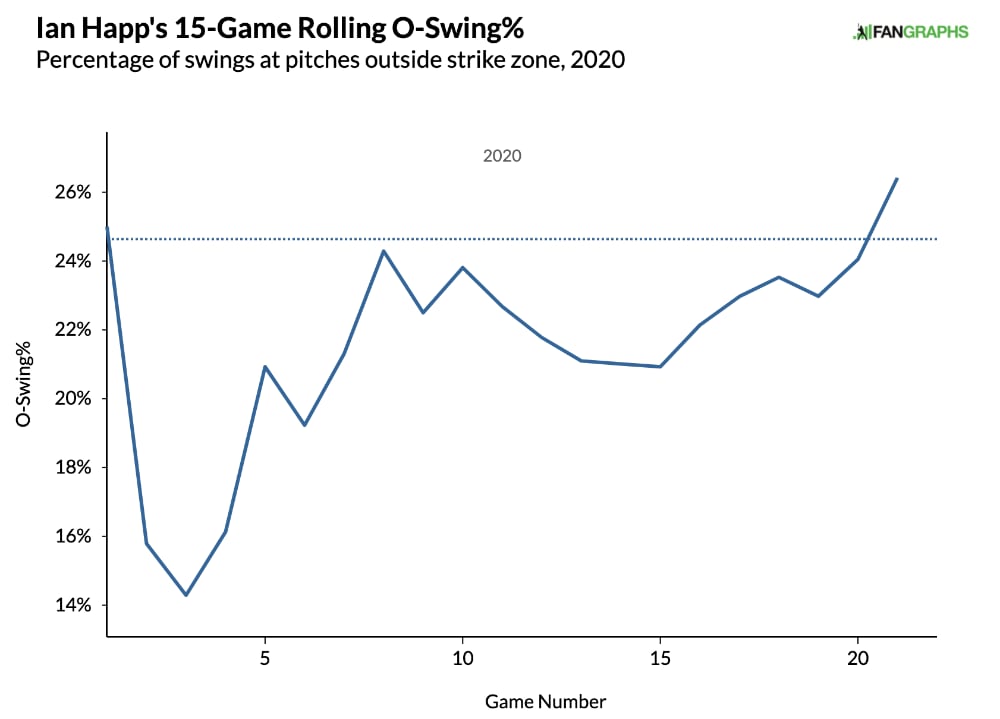 As you can see, Happ’s been swinging at more pitches out of the zone lately.

To be specific, that once sterling 21.0% swing rate on pitches out of the zone from the first 14 games of the season has been up at 29.3% over the last seven games, which is pretty close to his career average before this season (28.7%). Happ is also making contact with a smaller percentage of those pitches out of the zone than he was at the beginning of the year, which isn’t strictly a bad thing (pitches out of the zone tend to breed weak contact), but still, it helps explain the additional whiffs and overall drop in production.

Also bad news: through the first 14 games of the season, Happ was swinging at 62.3% of pitches in the zone, but since our arbitrary cutoff date, that’s down to 55.3%.

So, yeah, he’s having a bit of a pitch recognition problem right now. But here’s the good news: that may be the only bad news!

While Happ is making less contact with pitches out of the zone (as discussed above), his zone contact has actually stayed fairly neutral.

Obviously, the drop in zone swing rate makes an almost equal amount of zone contact less impactful, but the walks and healthy BABIP are why Happ has been able to remain largely productive during this stretch (.250/.379/.500 (132 wRC+)). And, of course, having pitch recognition issues is preferable to having pitch recognition issues *AND* contact issues.

So, again: No, Ian Happ is not our biggest concern at the moment. And yes, he’s remained productive, even as his strikeouts have begun to tick up dramatically. But let’s keep an eye on his decisions when to swing and when to hold over the next couple weeks, because that could be the difference between an All-Star-caliber Ian Happ offensively, and a just-barely-above-average hitter with tons of strikeouts.