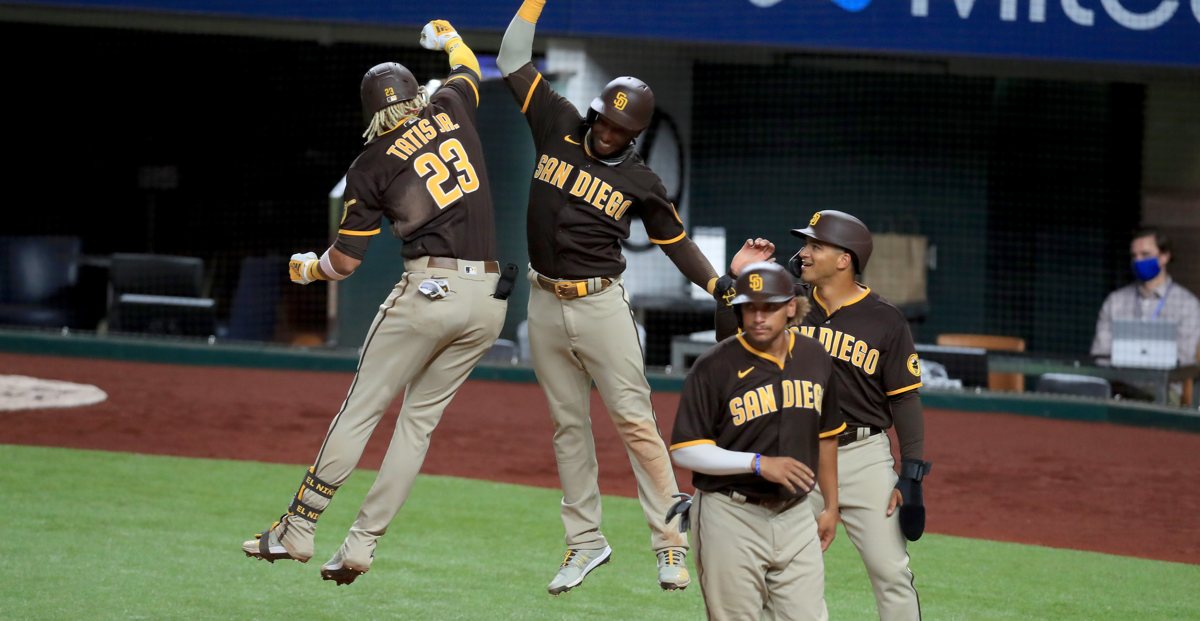 Man this boiled my blood a bit. Some of the “unwritten rules” of baseball are such utter nonsense.

To set the scene, young Padres superstar Fernando Tatis, Jr. – one of the most exciting, brightest faces in the game – came to the plate with the bases loaded in the 8th inning against the Rangers. The Padres were up 10-3, and given that the Rangers still had six outs left to work with, the game was hardly a joke at that point.

The face of baseball. pic.twitter.com/Y5VF5EIBKt

Man that’s such a beautiful oppo shot. That should be celebrated.

But instead of being celebrated, it turned ugly, because the pillow-soft Rangers followed up by throwing behind Manny Machado:

The Rangers just threw behind a Padres hitter because the previous hitter (Fernando Tatis Jr.) hit a granny on 3-0.

Here's a thought: how about you learn how to not give up 14 runs and not give up 7 RBI to a kid who can barely legally buy a beer. pic.twitter.com/y68zDQW8dS

After the game, Rangers manager Chris Woodward dribbled this both-sides-just-sayin-crap from his mouth: “There’s a lot of unwritten rules that are constantly being challenged in today’s game. I didn’t like it, personally. You’re up by seven in the eighth inning; it’s typically not a good time to swing 3-0. It’s kind of the way we were all raised in the game. But, like I said, the norms are being challenged on a daily basis, so – just because I don’t like it doesn’t mean it’s not right.”

You shoulda just stuck with that second part, dude. Unless you’re about to tell me that your batters were going to stop trying to win in a seven-run game with six outs to go, you are just flat out being an uncompetitive crybaby. Is that really the message you want to send the baseball world? Your players? The fans? My guys are just too shitty to come back from a seven-run deficit, so it’s UNFAIR that the other team kept trying!

If that’s not enough to tick you off, here’s Tatis after the game: “I’ve been in this game since I was a kid, and I know a lot of unwritten rules. But this time, I was kind of lost on this one,” said Tatis, who had been unsure when, based on run differential, it was deemed acceptable to swing on a 3-0 count. “They told me after five, seven, after six, something like that. Those experiences, you got to learn from it. Probably next time, I take a pitch now that I learned from it.”

That is absolutely, unequivocally, NOT A REASON to operate differently in the game. DO YOU. Let the kids play is a dang marketing slogan for the league! Somebody get in Tatis’s ear today and remind him that he is one of the best and most exciting things about the sport right now, and he needs to change NOTHING.

Worst of all? Tatis’s own manager didn’t really have his back:

Tingler saying he’d rather his own player take a strike than hit a grand slam holy shit what a dumb soft sport baseball can be sometimes. Constantly caught in its feelings. pic.twitter.com/58R1xRZ3m0

This Athletic piece really shows you what a load of crap this whole thing is, with Tatis’s manager and own teammates acting like HE was the one who needed a talking to. Just great messages all around: don’t compete, don’t try to ensure the win, don’t swing at 3-0 meatballs that you can hit 400 feet, and on and on. I’m seething.

And, of course, Obvious Shirts comes through with the perfect shirt:

We don't apologize for smashing dingers in this house.