Reliever Performances, Joy on the Field, Bullpen Dancing Again(!), and Other Cubs Bullets Skip to content 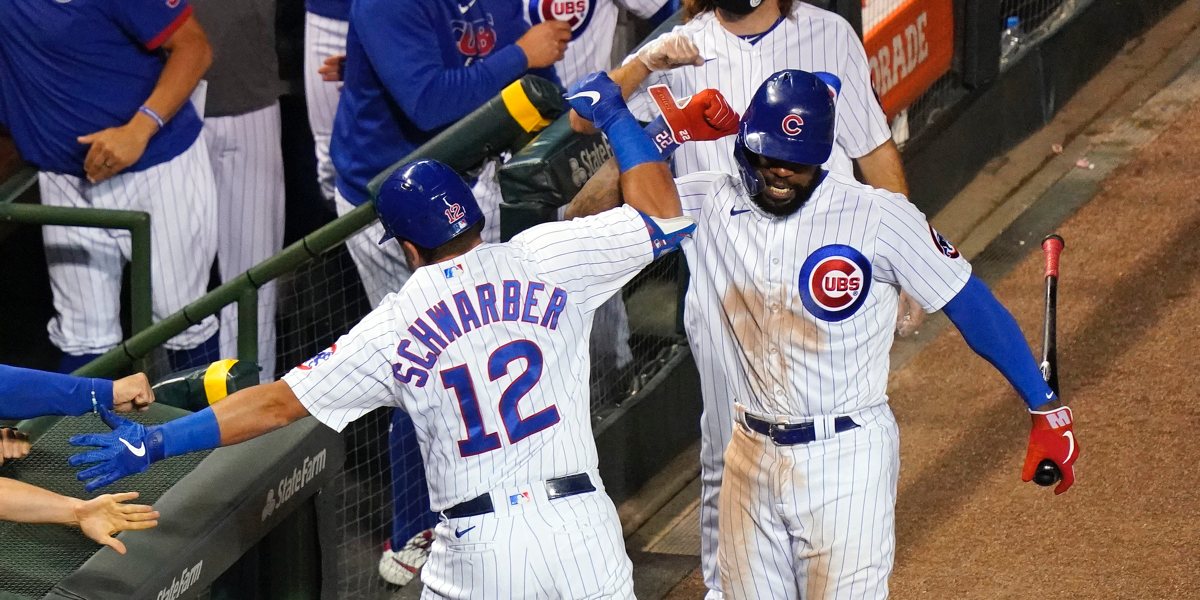 It’s another doubleheader day for the Cubs, with the first game coming at 1:20pm CT, so it’ll be upon us quickly. The second game is expected for 4:20pm CT, though that’ll obviously depend on the swiftness of the first game.

•   Speaking of which, right now, the expectation is that Alec Mills will start Game One and we COULD see Adbert Alzolay starting Game Two if he’s feeling good. I wonder if we’ll also see a roster move today to bring up a fresh bullpen arm. The bullpen hasn’t been BRUTALLY taxed these last couple days and there’s an off-day tomorrow, so they could probably get through. But you don’t know for sure what is going to happen, obviously. If Mills, heaven forbid, started getting blown up early in Game One, you don’t want to have to feel like you must ride him to save the bullpen for Game Two.

•   Rowan Wick was a baller last night to come in for the four-out save, keeping his fastball down in the zone, and then elevating it for the strikeout of Paul Goldschmidt to end the game. He also got a swinging strikeout on that cutter he’s started to deploy a bit more.

•   Interesting how Casey Sadler was nasty in his initial inning of work in the 7th, and then he came back out for the 8th and could not throw a strike. Flukey, or a useful bit of info about whether he’s best left as a one-inning guy?

•   Also, Dan Winkler was called upon to clean that mess up, although he got a double play grounder, it wasn’t before he allowed both inherited runners to score, and he couldn’t finish off the inning. The story with him seems to be what we thought it was early on: the combination of his max-effort delivery, weird arm angle, and good movement up in the zone make him very hard to square up, but also leave him vulnerable to control issues. Not sure what you make of a guy like that in this particular bullpen mix. He’s been used as something of a cleanup guy in the high-leverage moments (whereas Sadler, Wick, and Jeremy Jeffress have emerged as more of the late-inning, full-inning guys). He can get some strikeouts and he’s not giving up rockets, so I get it. But the bouts of wildness have to make you nervous. I mean, he’s got a 26.7% walk rate right now (LOL).

•   The Cubs’ bats, for all the strikeouts, did grind last night. They saw, on average, 5.05(!) pitches per plate appearance last night for the game. That is obscene.

•   Jason Heyward’s run-scoring triple was one of those great at bats, but I also have to point out Willson Contreras gleefully shouting before he’d even reached third base, and then carrying that joy with him as he playfully slid across the plate:

•   Speaking of joyful play, you may have missed this if you weren’t on the FS1 broadcast, but THE CUBS BULLPEN IS DANCING AGAIN! This is them after the Schwarber blast:

FOLKS. The #Cubs bullpen is dancing after home runs again!!!

Javy is all of us watching Schwarber mash. pic.twitter.com/x2oJE1L4ou

•   Sounds like the decision is in on Jose Quintana, who will not start one of the weekend games against the White Sox. Like I said, the Cubs don’t need a fifth starter until after that series, so there’s still time to figure out what’s up with Tyler Chatwood’s availability.

If you gonna get mad at me swinging 3-0 you better throw me an automatic ball when it’s 0-2 and you’re up. I spit on 3 pitches it’s my choice to swing or not, don’t tell me when I can swing because you can’t throw strikes. @tatis_jr don’t let anyone bully you like that.

•   This is like the old adage about being at the urinal and how many shakes are acceptable. Go to your brim once, MAYBE twice – but three times and you’re just asking for people to raise eyebrows:

Phelps triples up on the grip and Holt makes a hell of a pick to get the out at third. #baseballstuff pic.twitter.com/0sdfwBeM8Z

•   Speaking of the Brewers, they ruined Kenta Maeda’s no-hit attempt last night in the 9th inning, came back to force extra-innings against the Twins, and then lost in 12. Truly a wild one: