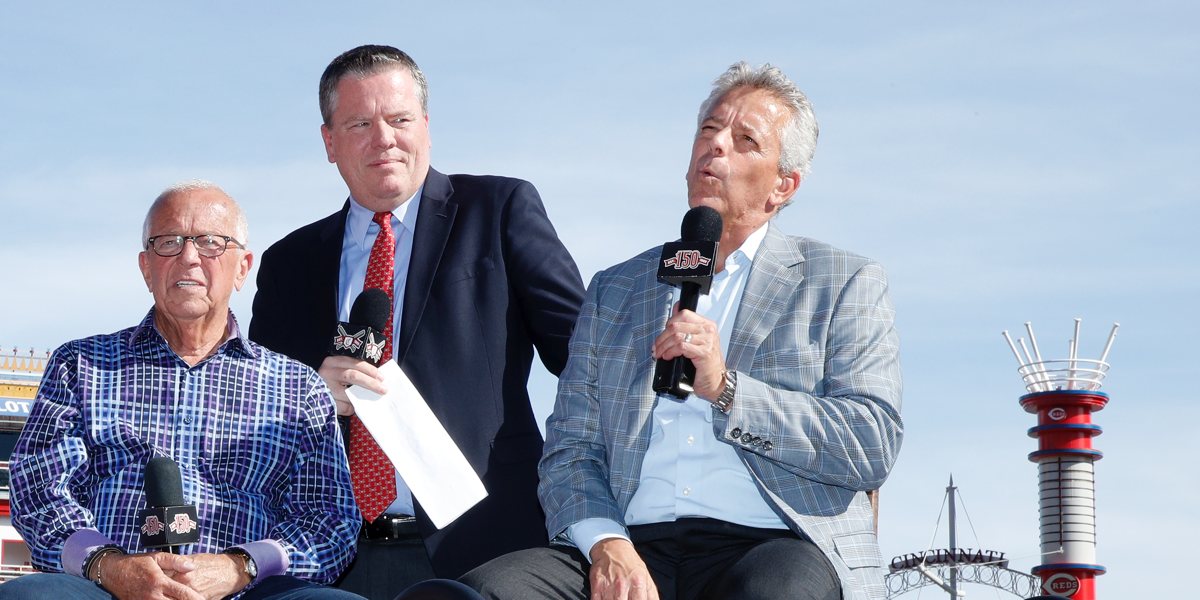 While calling today Reds-Royals game, Brennaman was caught on a hot mic referring to some location with a homophobic slur (“f** capital of the world”).

I won’t try to create explanations for what he was trying to say, what he thought he was saying, on and on. What he said was quite clear, and whether it was a slip or not (I doubt it), he needs to be called out for this. Even if we weren’t talking about the baseball world where there are specific efforts to be inclusive, when you talk like this in casual conversation? You deserve to be publicly shamed. This kind of language and derision for other humans is abhorrent.

The Reds and their broadcast partner need to address this.

UPDATING AS I TYPE: Turns out Brennaman got bounced mid-game:

"I am very, very sorry. I beg for your forgiveness." Jim Day will be the play-by-play announcer for the rest of the game. Chris Welsh told Brennaman that he's a good man and to hang in there. #Reds

Now knowing for sure that he said what he said and he meant what he said, he’s done. When you drop that kind of thing just as part of your casual conversation, it really says a lot about you.

UPDATE 3: Statements from the Reds and Fox Sports Ohio, with Brennaman suspended until further notice:

Here's a statement from Fox Sports Ohio: "The language that Thom Brennaman used this evening is hateful, offensive, and in no way reflects the values of FOX Sports Ohio. We agree with the Reds decision to suspend him until further notice."