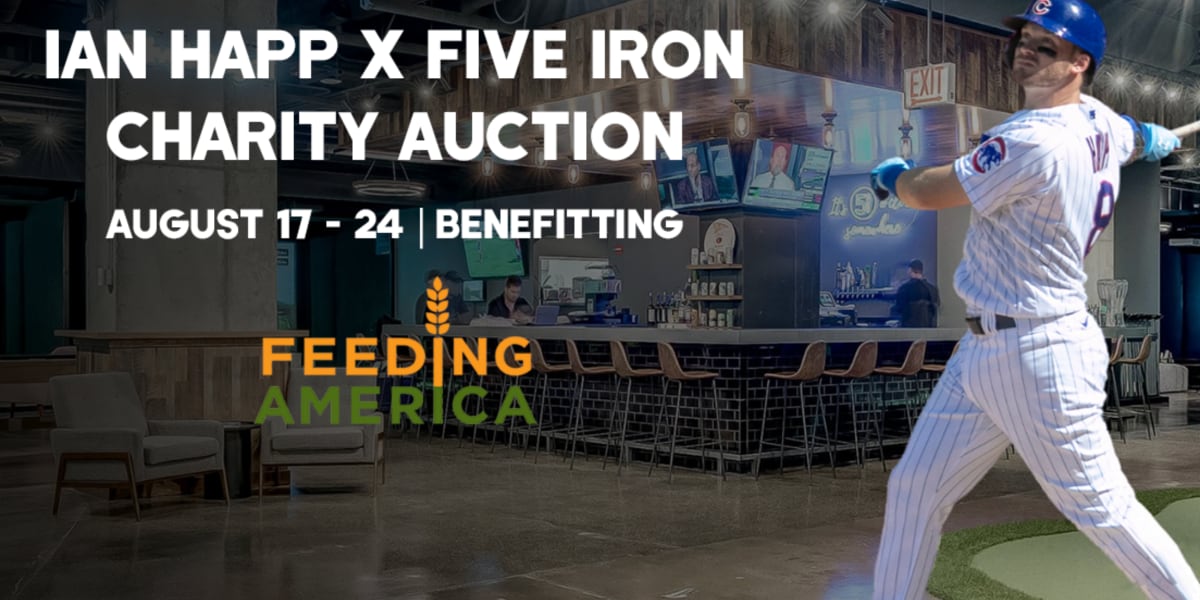 There’s a lot of peril in writing up any Cubs player’s performance just before a game. If you take a look at something they’re doing extremely well, you risk an off-night. If you look at what they’re doing wrong, you can bet they’re just about to pop off. Yesterday, I took a look at Ian Happ’s increasing swing rate on pitches out of the zone and how that’s leading to a few more K’s than normal, and of course he reached base four times – including his fifth homer of the season – with his second-lowest single game O-swing rate just a few hours later.

Glad I could be of service, Chicago.

But while it’s easy to crush on everything Happ is doing on the field, it’s even easier to respect all the work he’s done off it. Earlier this year, we shared his Quarantine Coffee for COVID Relief project, which has done well to support the Greater Chicago Food Depository as well as the Save the Children foundation, and now Happ is at it again with a new effort, targeting hunger nation-wide. He’s an ambitious dude.

If you like helping your fellow citizens and anything involving golf, you’re going to want to check this charity auction out:

I’ve teamed up with @fiveirongolf to put together an amazing auction to help with @FeedingAmerica’s mission of Covid relief! Go check it out there’s a golf round with me and a ton of awesome items! https://t.co/9wQFwYBlSc pic.twitter.com/Y9MUq5H6Fo

Five Iron ambassador and Chicago Cubs player Ian Happ is teaming up with Five Iron Golf to raise money for Feeding America. With a variety of donated golf packages valued between $50 and $5,000, this auction aims to give everyone a chance to join Feeding America on their mission to end the fight against hunger. When you support Feeding America, you are helping their nationwide network of food banks deliver programs at the front line of hunger.

Thanks for your support and good luck!

Funny aside: When I interviewed Happ for my podcast about a year ago, he mentioned to me that he was a “scratch golfer,” which I plowed right over without reaction, not realizing how rare that actually is. According to Golf News Net, approximately 1% of golfers in the country are that good. Oops. While I love golfing, myself, I’m more of a “Let’s have some cigars, some beers, a good time, and see where the ball goes.” The more you know, I guess.

Anyway, I’m going to tell you to head over to the site and see what you want to bid on. There’s so much good stuff, including …

•   A round of golf with Ian Happ
•   A 10-pack of golf lessons
•   A one-hour driver fitting at The Fitting Lab
•   A one-year membership to Five Iron
•   A backyard chipping game
•   A set of junior golf clubs
•   A Rhoback quarter-zip, polo, and hat
•   A signed Quarantine coffee *and* “Ian Happ Makes Me Coffee” Obvious Shirt

And a TON more.

Some of the current bids are all the way down at $25, so this stuff is reasonably priced at the moment. Head over and see if you can help out. It’s the least you can do for the Cubs best hitter, right?

There are only five days left!