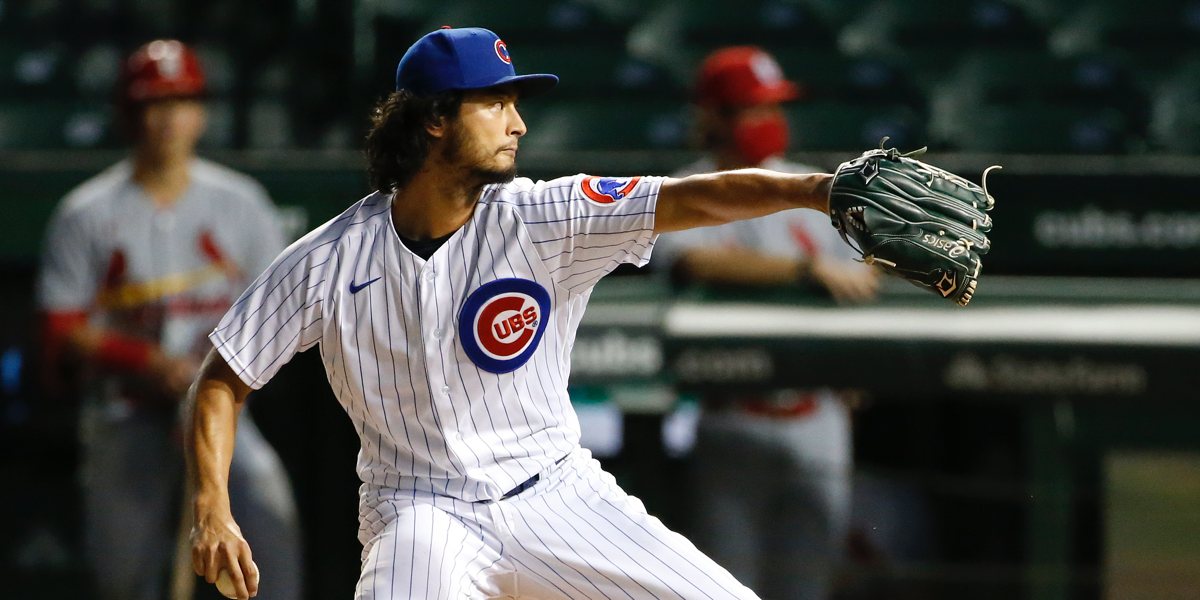 We talk about sequencing when it doesn’t go in the Cubs’ favor, so it’s only fair to mention it when it works out well for a Cubs pitcher.

Last night, Yu Darvish was mostly great, so I’ll lead with that point and circle back to it. But mixed in with some very effective moments, he also didn’t have his best location. Among his 98 pitches on the night, 20 were in the middle third, and 6 of those were middle-middle.

That was roughly the area for his highest density of pitches on the night, too: 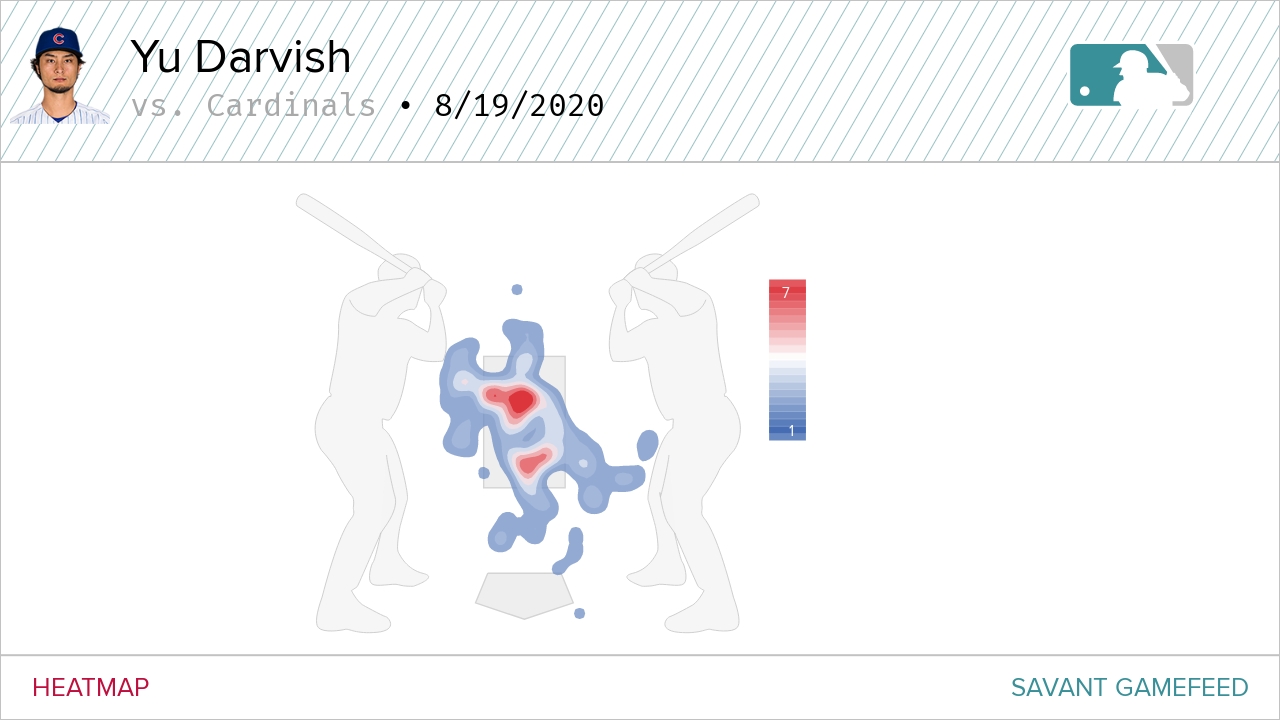 When the location is a bit off like that toward the center of the zone, you won’t worry about walks (Darvish issued just one, in a 3-2 count no less), and you’ll still get a fair number of strikeouts when you’ve got stuff like Darvish (7 in his 6.0 innings). But you’ll also give up a lot more contact – his 12.2% swinging strike rate was solidly below his 16.0% season mark coming into the start – and more of that contact is going to fall in for hits.

Thus, through his six innings of work, Darvish allowed eight hits. With normal/average sequencing, you might expect that to result in something like three or four runs. But Darvish allowed just one thanks to a combination of good fortune (a couple well-timed groundballs right at guys for double plays), good execution (got some huge strikeouts in the biggest moments), and limiting extra-base hits.

You make that same start 100 times and, yeah, you probably give up several more runs, even with Darvish’s stuff. There was some good luck baked in there. Fair to say.

… but also Darvish is dang good. I don’t want to understate his execution in the tight spots just because I’m efforting to be fair. The way he got out of the no-out, bases-loaded jam in the 4th was fantastic:

How to get out of a bases loaded with no outs jam: Presented by Yu Darvish. pic.twitter.com/Yvt6Irbvkg

So much confidence pitching in that situation, throwing everything in the toolbox, and getting the huge strikeout in the middle after a long at bat by Dexter Fowler.

On the year, Darvish now has his ERA down to 1.80, 8th best in baseball, and his FIP down to 2.01, behind only Zack Greinke in all of baseball. Darvish’s 1.3 WAR is tied for the league lead.