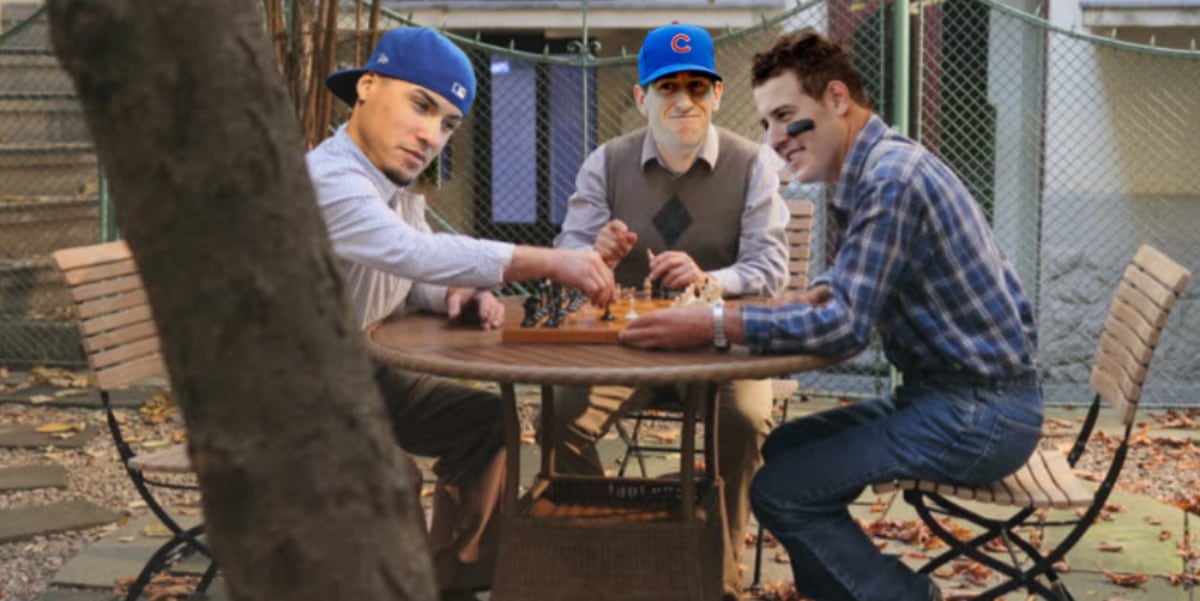 Over the last seven days, the Chicago Cubs have played nine games against the St. Louis Cardinals and Milwaukee Brewers, winning just four overall. And over the weekend, they’ll play three more against the Chicago White Sox. In a gauntlet of a 60-game season, this is a particularly intense stretch of baseball when it comes to “rivalries,” not to mention the NL Central stakes at play.

But with an off-day today and 40% of the season already in the books (yeah, that’s how far we are), I thought it was a good time to take a beat to see how the team looks on offense, defense, in the bullpen, out of the rotation, and in the standings.

Overall, the Cubs offense has posted a 106 wRC+ this season, meaning they’ve been about 6% better than average, which ranks just outside the top-10 in MLB (5th in the NL). Breaking that down a bit, they’ve struggled more against left-handed pitching (98 wRC+) than they have against righties (109 wRC+), which generally tracks with the strengths and weaknesses of this roster.

Indeed, if there’s an opportunity to grab someone who can hit lefties at the deadline, that probably should be something the Cubs explore, but at the same time, natural improvements against lefties from Willson Contreras (57 wRC+) and Anthony Rizzo (87 wRC+) in particular should help even that out ….

…. at the same time, Ian Happ (122 wRC+) and Kyle Schwarber (140 wRC+) have actually handled lefties better than expected so far, but there could just as easily regression there.

As for production against righties, the performances from Ian Happ (221 wRC+) and Jason Heyward (160 wRC+), in particular, stick out as really, really good signs. There are way more righties out there than lefties, so these are good splits to own. You know that.

As for standout individual performances, I think you know who’s leading the way for the Cubs …

Ian Happ's 1.5 fWAR makes him the 5th most valuable player in MLB, sandwiched between Mookie Betts and Anthony Rendon.

Happ has a 191 wRC+ through 90 plate appearances, which is just absurd, and has been the backbone of the Cubs offense. And with Kris Bryant still out, I’m starting to suspect that he may stick in the leadoff role the rest of the way.

Defense defined the Cubs 2016 World Series run, and although the Cubs aren’t nearly as strong there this year as they were four years ago, their 15 Defensive Runs Saved does rank 3rd in MLB and 2nd in the NL behind the Dodgers. Their overall 5.5 Def rating from FanGraphs ranks 4th in MLB, but tops in the National League.

Anecdotally, quality up-the-middle defense from Javy Baez and the rotating cast at second base, as as well as individual moments from Kris Bryant’s diving stops, to David Bote’s bare-handed plays, to Kyle Schwarber’s rocket arm, to Albert Almora’s diving catches, stand out. But I do want to take this moment to highlight my favorite development of the season … Willson Contreras:

We're 40% through the 2020 season, and Willson Contreras ranks 14th in MLB with 0.7 Called Strikes Above Average (framing metric).

According to Baseball Prospectus, Willson Contreras is an above-average framer this season, which is quite a move northward for a guy who consistently rated as among the worst in baseball. And given that he has a new framing coach who taught him a new framing technique – one that’s easily identifiable in games – I tend to believe there’s been an actual, material change in his skillset. This is a HUGE development for the Cubs and a big reason they rate so well on defense (FanGraphs includes framing in their defensive metrics).

Ahh … the bullpen. The Cubs kryptonite at the beginning of the year has begun to look significantly stronger lately, particularly as David Ross has figured out the right mix of arms for the right moments.

Jeremy Jeffress (11.0 IP, 1.64 ERA) is the obvious standout performer, jumping into to provide stability as Craig Kimbrel found his footing, but he’s far from the only guy doing really well. Rowan Wick (8.0 IP, 1.13 ERA) and Ryan Tepera (8.2 IP, 3.12 ERA) have proven useful in the late innings, as well. Together, those three arms could plausibly make up the back-end of a playoff bullpen, but of course, it all looks ENTIRELY different when this guy comes to play:

For the First Time in a Chicago Cubs Uniform, *THAT* Was Craig Kimbrel https://t.co/pJlsa4g80u pic.twitter.com/xhqcyTTgkZ

Craig Kimbrel has faced just two more than the minimum over his last three outings, with 7 strikeouts, no hits, no runs, and just one walk. Of course, last night’s appearance, during which he was hitting 99 MPH on the radar gun and absolutely baffling hitters with a lively knuckle curve, was the most encouraging performance to date. If he can continue on this trajectory and the Cubs find a way to add a reliable lefty to the pen, the Kimbrel-Jeffress-Wick-Tepera-Lefty backend is a group I’d be confident (enough) riding into the postseason.

The backbone of the Cubs hot start has been dinged repeatedly over the the past week, with Jose Quintana’s on-going absence, Tyler Chatwood’s back issues, and Alec Mills first bad start, but overall this is still a very strong group. In fact, their collective 3.6 fWAR (a very bad predictive stat, but a usable 10,000 foot overview of how they have performed in the past) ranks 3rd best in MLB, and 2nd only to the Reds in the National League.

Another sign of their impressive performance is the fact that Cubs starters have thrown the third most innings of any team in baseball this season (133.2).

Individually, Yu Darvish has been the ace of the staff, his 1.3 fWAR is tied for the most in baseball, but Kyle Hendricks (1.1 fWAR, 8th) is not far behind him.

Sticking with Darvish for a second, our guy has been able to earn a 1.80 ERA (2.01 FIP) doing what he does best: 29.6% strikeout rate, 4.4% walk rate. Sofar, he, Hendricks, and Lester have formed a formidable top-three, while Chatwood and Mills both got off to impressive starts, and Adbert Alzolay delivered a solid fill-in performance. With Jose Quintana and Chatwood expected back in the near future, I’d say the Cubs rotation is still in solid shape.

The Standings and the Odds

The Cubs are in first place!

Did they miss an opportunity to put away the Brewers? Yes. Are the Cardinals and Reds still a threat given the general talent on both teams? Of course. But the Cubs are 8 games above .500 in a division where no other team is in the black.

So as it stands, FanGraphs has the Cubs odds of making the playoffs up to 96.1% and their chances of winning the division at 67.5%. To put that in perspective, only the Dodgers (88.3%) have better odds to win their division this year in all of baseball. And given the home field advantage winning your division grants you for all three games of the first round, I’d say that’s pretty important.

Meanwhile, PECOTA has the Cubs odds of winning their division at a slightly lower 65.7% (3rd best in MLB behind the Dodgers and Yankees) with their playoff odds up at 94.3%. But those odds are predicting the Cubs go just 19-17 the rest of the way, winning 34-35 games overall, which I tend to think they can beat, even if they don’t stay at the level they’ve been at so far.