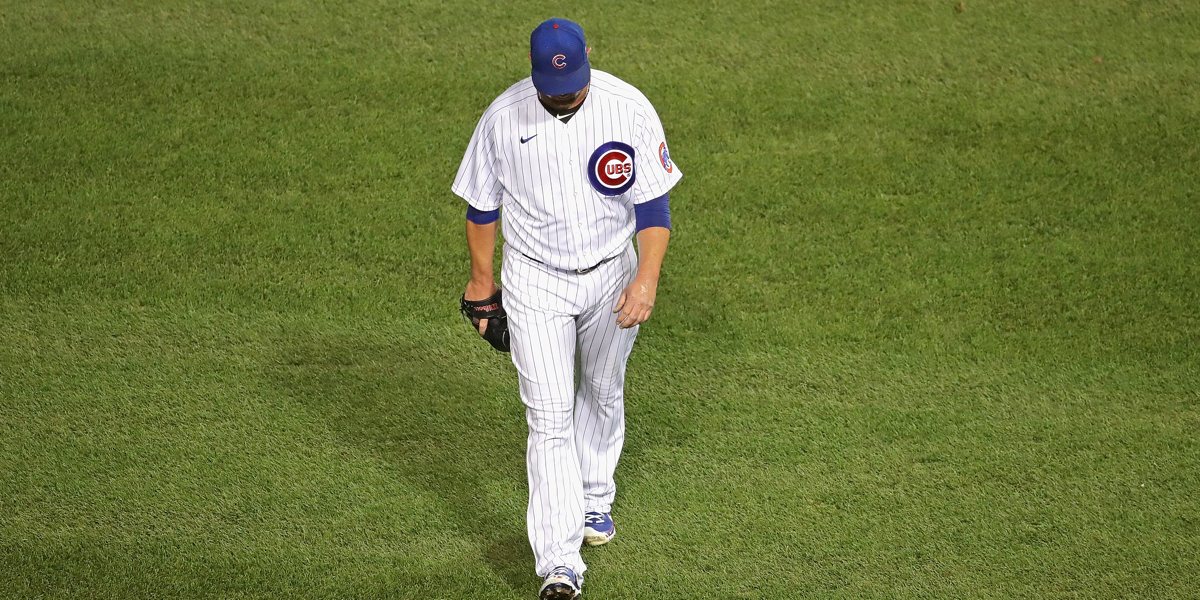 If you didn’t catch the big Illinois news last night, mobile registration for sportsbooks in Illinois is back for a few weeks (TBD after that), so if you’ve been looking to start sports betting, the details are here. There’s also a deal at DraftKings for tonight’s Cubs-Sox where you can literally get 100-1 odds on a $1 bet on either team. Thanks for checking it out, and for understanding that this is pretty critical to our revenue picture at BN right now.

•   Anyone watching last night could pretty easily see the problems for Jon Lester: he wasn’t locating his pitches at all, which is a big problem in his velocity tier against a very aggressive team with a lot of power. If he locates well and mixes his pitches, he can have a lot of success, even against a powerful righty-loaded lineup. But if he’s up? If he’s not getting that cutter in on the hands with good movement? He’s gonna get blown up, and at that point, you hope the ball finds a glove more often than not. Sometimes he’s lucky in that regard, sometimes he gets the results that night’s pitching deserves.

•   That was the case last night, as the White Sox teeeeeeed off. In his successful starts this year, Lester was inducing all kinds of terrible contact. Last night, however? My god: 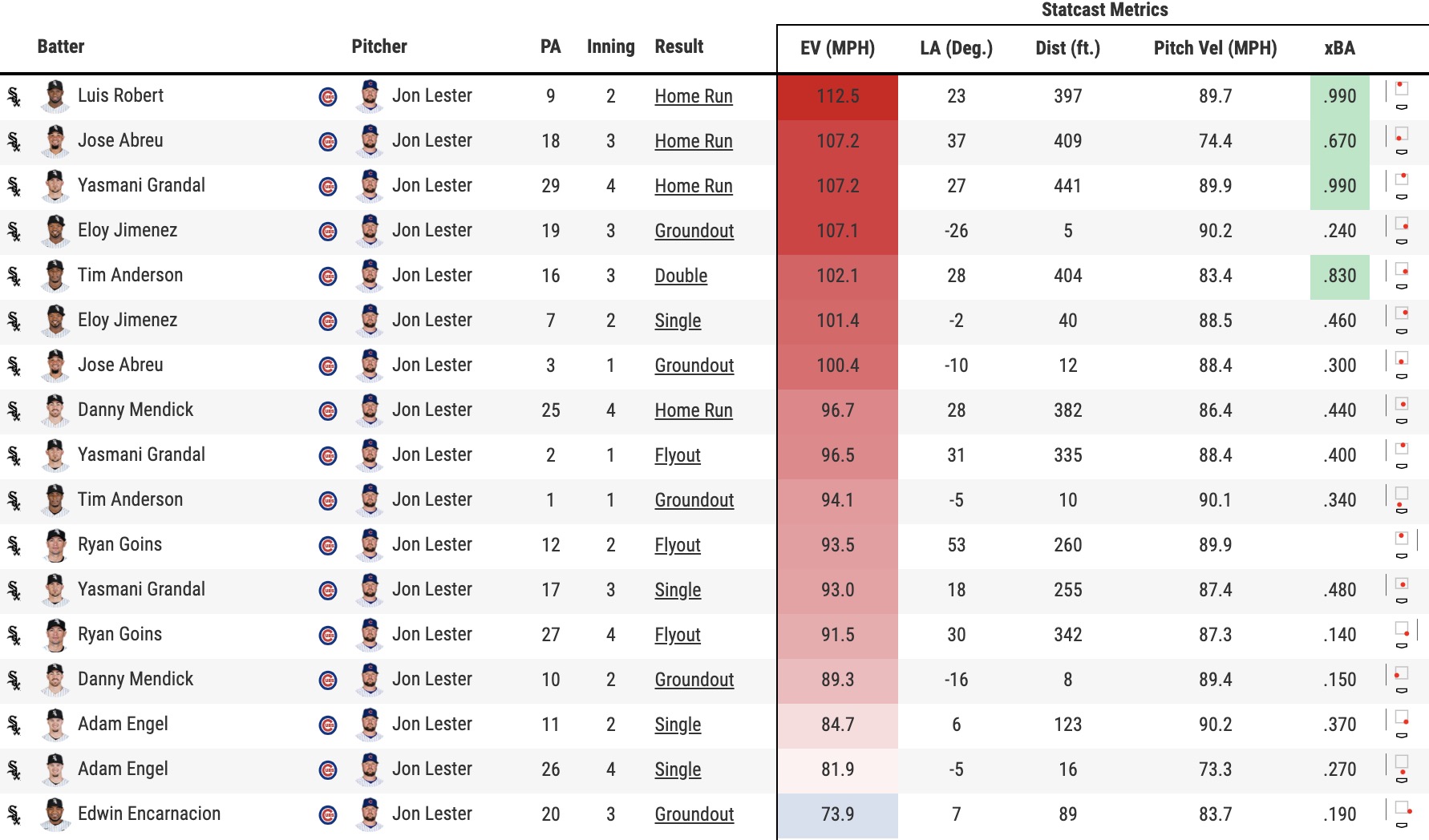 •   The good news is that we know that Lester *can* locate very well, and with his pitch mix, he can be perfectly fine going forward. Last night – like other blow-up starts he’s had with the Cubs – doesn’t have to be an indication that he’s toast or anything crazy like that. It was just the right combination for him to get crushed. Now he has to make sure the command is better next time, and the cutter is improved.

"Last start I thought I threw the ball better than what the line score showed. This one, I can't run from the line score. I mean, this was terrible."

Said he missed location and added that his cutter has "abandoned" him the last couple turns.

•   There were some questions on this, so a reminder as it relates to Lester’s short start last night:

A lot of folks were wondering about Jon Lester's 2021 vesting option, and unfortunately for him, tonight's abbreviated start makes it all the more difficult for him to vest it. https://t.co/ku642thl5f

•   The Cubs plopped away two more bases loaded situations last night, so of course I had to check if it has really been as bad as we feel. Actually? It’s worse. By the nature of the situation, teams tend to quite a bit better overall when the bases are loaded. Overall MLB is .282/.334/.445 with a 111 wRC+. The Cubs, in the 4th most PAs with the bases loaded, are hitting a mind-numbing .194/.222/.194, good for a 16(!) wRC+. The Cubs are 84% worse than league average when they get the bases loaded! To be sure, it’s been only 36 plate appearances, but talk about 36 painful plate appearances: at the moment you have the opportunity to change the game in a fundamental way, when the situation is set up for you to be much BETTER than average, the Cubs have hit like a terrible, terrible-hitting pitcher.

•   Per the Cubs transactions page, righty Jharel Cotton has been outrighted off the 40-man roster, which is at a full 40 (Cotton was previously replaced by Jason Adam). Cotton stays in the 60-man player pool at South Bend, though, which I’ve got at 57. The Cubs acquired Cotton last fall in a minor deal, hoping they could be the organization to unlock the talent. With this outright, it’s clear they are not immediately anticipating he’ll contribute at the big league level. It’d probably take a rash of injuries for it to happen this year, and then he may well be non-tendered after the season.

•   Adam, by the way, gave up an absolutely mammoth homer last night to Jose Abreu, so it was yet another not-quite-clean outing for him, but when he wasn’t giving up that bomb, he was getting an absurd volume of whiffs (7 out of 20 pitches), and more than half of them came on his fastball. He’s doing some things very, very right. I remain very intrigued.

•   The impact here is still TBD, but at least this hints at maybe either a mechanical fix or more physical readiness or a combination of both:

•   Obviously you want to see Ryan be the guy he was last year (dominant against lefties, perfectly usable against righties), but I don’t think you can proceed to the deadline assuming he will be if you’re the Cubs. More on that later.

•   Thank you to Make-A-Wish Illinois, and thank you for your support of what they’re doing! Make me eat far too many hot dogs for two days straight: