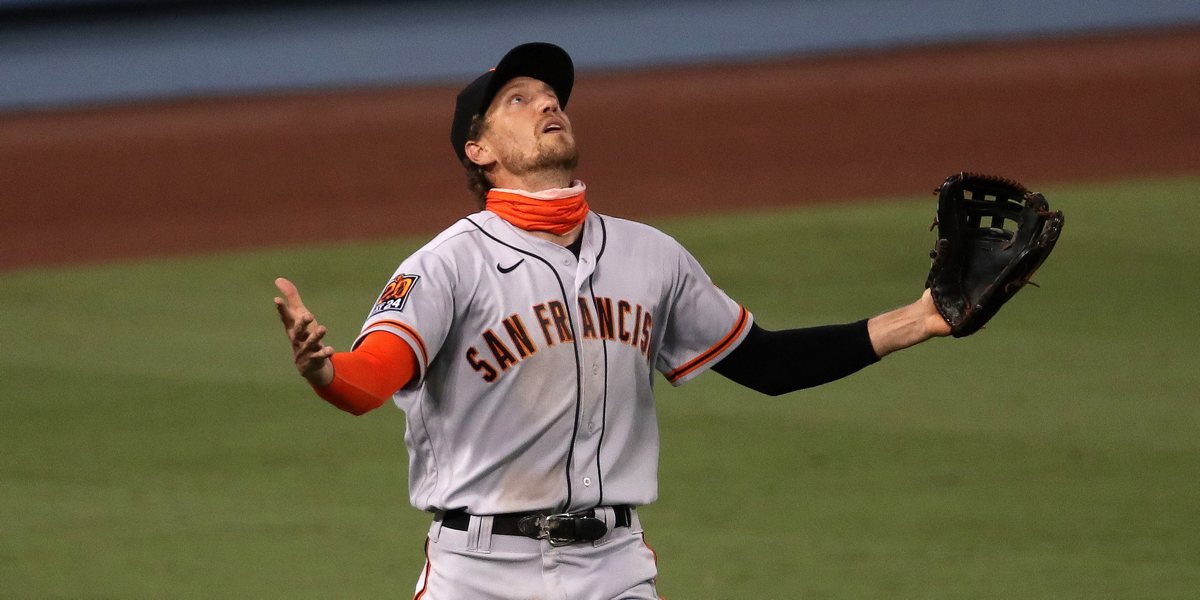 Since I’m of the mind that the Cubs will almost exclusively make minor, complementary-type moves this year, and since I think one of their biggest needs (well, big in the size of the hole, but relatively small in impact) is a righty bat to put out there against lefties, today’s news out of San Francisco is on my radar.

Today the Giants designated outfielder Hunter Pence for assignment, which means they’ll have seven days to waive, trade, or release him.

The 37-year-old outfielder has gotten off to a brutal start this year, and at his age, you always have to hold open the possibility that he’s totally washed. I don’t have any special insight on that front at this point, but I do know that the Trade Deadline is a week away, so the Giants – likely sellers – DFA’ing him now doesn’t necessarily mean they think he’s toast. It could just mean they know they’re either going to trade him or release him regardless. So DFA now, and then talk trades.

Pence had a huge season just last year for the Rangers, hitting .297/.358/.552 in part-time duty (128 wRC+). He’d been trending downward before last year as he dealt with health issues, but I mean, he just obliterated lefties last year (.327/.378/.636, 155 wRC+). I’d definitely be curious to know if he can still hit lefties a good bit, while playing passable corner outfield or DH’ing here and there.

Right now, when the Cubs want to go max righties, they have to rely on guys like Albert Almora and Josh Phegley, plus Ian Happ and Victor Caratini from their weaker side. Steven Souza (hamstring) could be back later this month, but who knows what you’re getting there. If Pence has anything left, he might be a solid addition to the bench group.

Something to keep in mind: Cubs’ former Assistant GM Scott Harris is now the GM in San Francisco, so there could easily be some open lines of communication even before Pence was DFA’d. In these times, it takes a lot to coordinate a trade – from knowing as much as possible about the player’s health and how he’s treating the pandemic, to knowing about the under-the-hood performance stuff, to knowing if you can justify giving up a tiny bit of value, to the money – so having that prior relationship is not a small thing.

The cost in acquiring a guy like Pence would likely be “virtually nothing.” It’s worth a phone call or two to see if you can get him for picking up a small portion of his prorated $3 million contract this year. And if he’s waived, I tend to doubt he’ll be claimed because even $500,000 is a lot of money in this environment, but he might clear and then look for a team to sign him quickly.