When the Cubs Stink for a Week Skip to content 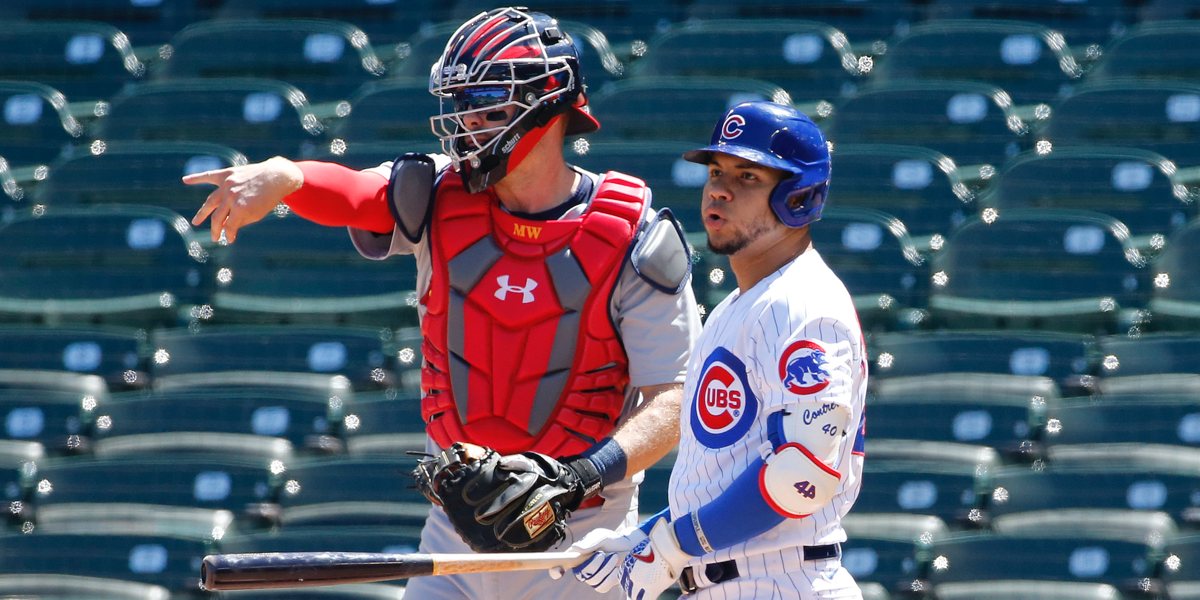 In a normal year, if the Cubs lost three of four to the Brewers, took three of five from the Cardinals but looked dodgy while doing so, and then lost two in a row to the White Sox, we’d be in fits. But the fits would be tempered by the knowledge that the shit week was but one of 27 weeks in the regular season. It doesn’t really TELL you all that much about the quality of the team, or its future performance. “They had some injuries, they had to play two doubleheaders, they got some really bad bounces against the Brewers, yada yada, I’m OK. It’s OK.”

… but in a year like this, whether this week tells us anything is almost immaterial. For one thing, the results are now baked in, and losing 7 of your last 10 is really bad. How bad? Well, the Cubs have seen an actual noticeable drop in their playoff odds, from 98.2% to 93.7%, per FanGraphs. Worse, this is what happened to the Cubs’ odds to win the NL Central: 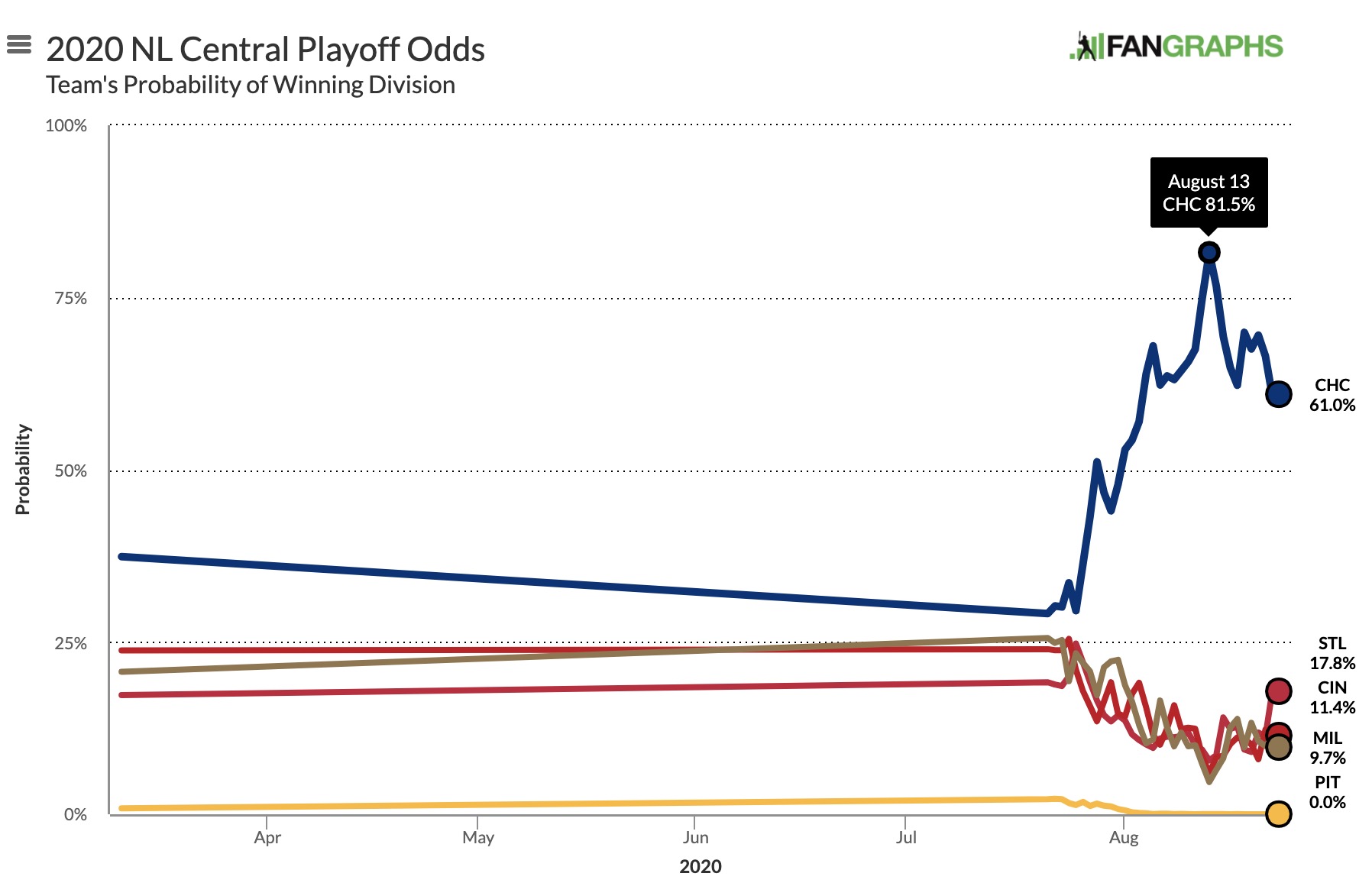 That’s a plummet, my friends.

Then there’s the other, bigger problem: even if bad results for a week in a normal season don’t tell you much about the future, that’s largely because the sample eventually becomes large enough to smooth out flukes, adjustment periods, nicks and scrapes, etc. But if some of these Cubs hitters are dealing with actual, “short-term” issues at the plate or with their bodies? There’s only a month left in the year to get it right! And if you want it to be right for a big chunk of that month, you’ve gotta get right almost immediately! And baseball doesn’t really work like that.

So, then, it’s back to those two things at once: what we’ve seen this past week is simultaneously not super informative, and thus freaking out is just one of those silly fanatical things not rooted in any kind of analysis or logic … but also what we’ve seen this past week is extremely concerning in a season like this, and you really aren’t some kind of fool if you’re freaking out about the possibility that scary performance could last for a huge chunk of the remaining season.

The bright side, in a non-analytical way, is that the Cubs could get great results for a week, and then those odds up there totally change course, because you baked in a ton of wins. It can change so quickly in either direction.

But right now, I’m not seeing great at bats from almost anyone in the lineup except Jason Heyward, Anthony Rizzo, and Ian Happ (from the left side), and even their results have tapered off. Javy Báez looks completely lost at the plate right now in guess mode, Kyle Schwarber is not driving the ball the other way, Willson Contreras suddenly isn’t hitting for power, Kris Bryant is on the IL and looked jacked up at the plate before he sat down, and David Bote has started whiffing like crazy.

It’s fair to be concerned, even as you acknowledge things can turn.