Better Performance Than You Thought, the Replay Screw-Up, Jeffress's Stones, and Other Cubs Bullets Skip to content 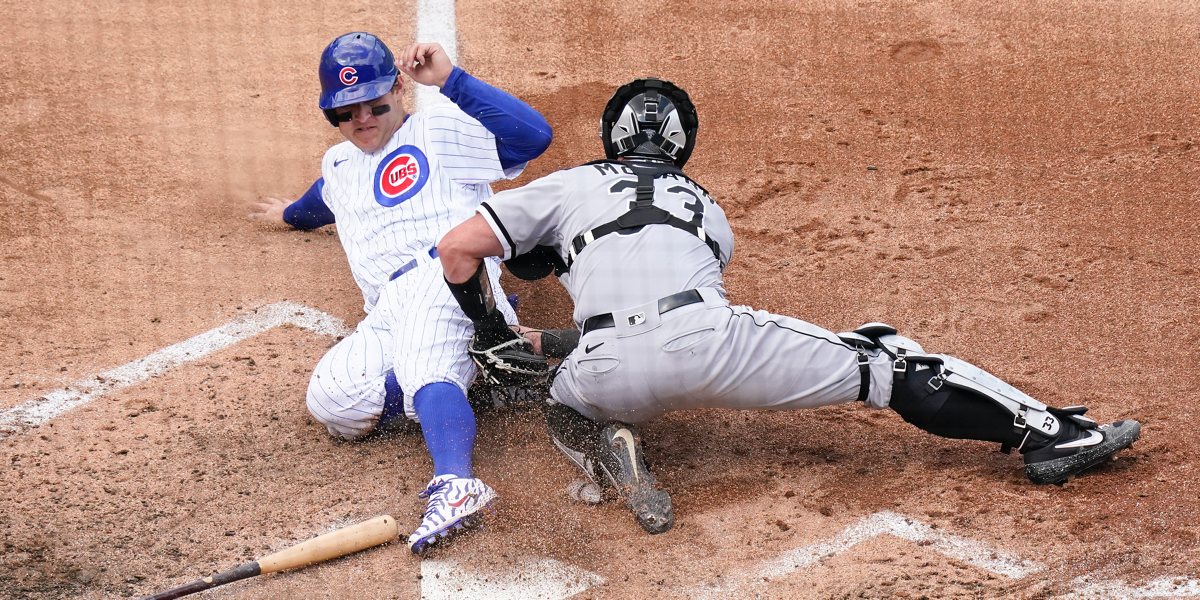 Today is the first day of school for the kids, which is all remote right now. That means dad puts on the helper hat, and stays up late/gets up early to do his day job so that he can focus on the kids during the day. Hey, I’m all about the safety concerns at the moment, and we are extremely fortunate to be in a situation where we can make this work. But, also, this is going to be very difficult.

•   Thanks to the weird way it played out – with the doubleheaders, with some ugly losses and ugly wins – it sure doesn’t feel like the Cubs are winning more than they’re losing lately, but you could have a little fun if you wanted and say the Cubs are currently winners of four of their last seven. It’s actually true! That .571 clip is a 93-win pace in a regular season, just for context. That’s what the Cubs have done in their last seven games. That’s extremely wild, yes?

•   To be sure, the underlying performance has looked much more concerning than that, and choosing those seven games conveniently axes off the four consecutive losses that preceded them. Keep playing as they have at the plate and I reckon .571 wouldn’t be their pace going forward. But at least the 17 wins they’ve already accumulated are in the books, and the 4 they got over the past six days count just as much as the other 13. Heck, the Cubs probably need to win only about 14 more games total to be a lock for the postseason. Baseball is so weird this year.

•   Things got a little dodgy in the 9th, but a note on Jeremy Jeffress coming into the dirty 8th:

•   Some of that is luck – always will be an element in baseball when you’re talking about so few situations – but some of it is a combination of being a guy who can throw multiple different pitches for strikes in any count, a guy who is generally difficult to barrel up, and a guy who is clearly unmoved by the moment. Some guys have the right set of stones for big dirty innings, and some guys are just better when they come in clean.

•   Speaking of the 8th, by the way, it was a couple two-out Craig Kimbrel walks that Jeffress was cleaning up after a pretty quick pull from David Ross. I don’t have a problem with quick pulls in a one-run game when you’ve got a reliever like Jeffress ready to go. I do think it’s worth noting, though, that Kimbrel looked really good again. He got the first two strikeouts, and then walked Yasmani Grandal on four really close pitches. Then he walked Jose Abreu on a 3-2 fastball that was really, really close. It didn’t quite feel like he was “losing it” or anything like that. All’s well that ends well, though, and maybe the pull wound up being better for Kimbrel’s psyche than if he’d giving up a dunker base hit or something and cost the Cubs the game, eh?

•   Workout equipment, protein shakes, ‘Game of Thrones,’ and Instant Pot are among your Deals of the Day at Amazon. #ad

•   I have watched all the replay angles available via Marquee (live while watching) and via NBCS Chicago, here:

White Sox challenge call that Anthony Rizzo is safe at home plate in the 4th; call overturned, runner is out. Powered by @Mitel. pic.twitter.com/PxnToAIlgw

•   The standard for overturning a call in that situation is that the video evidence must be “clear and convincing.” Anything less than that high standard and the call on the field is supposed to stand. Here, not a single one of the replays available on either broadcast met that standard. The replays were not clear, because they were all partially obscured, and even using them in tandem with one another did not make it clear what exactly happened. The replays were not convincing, because although I left them thinking Rizzo was probably out, that is not the standard. You must leave the replays CONVINCED that the call was CLEARLY wrong. Unless there were video feeds that we didn’t have (unlikely this year), then New York screwed this one up. We’ve seen it before: they do not apply their own standard, and instead simply decide, on the fly, which outcome they think was more likely. Here, upon review, I think Rizzo was probably out. BUT THAT IS NOT THE STANDARD.

•   Even a well-time still shot of the play is unclear and unconvincing:

•   With his at bats this weekend, Nico Hoerner has officially graduated as a Chicago Cubs prospect. So, then, Bryan has your insta-updated list:

•   Man, I’m so sad we didn’t get a minor league season this year. I just hope the development methods the Cubs have deployed at a distance will work for these guys, and I also hope we get some kind of expanded fall ball.

•   Thanks so much for checking this out – this week is it: