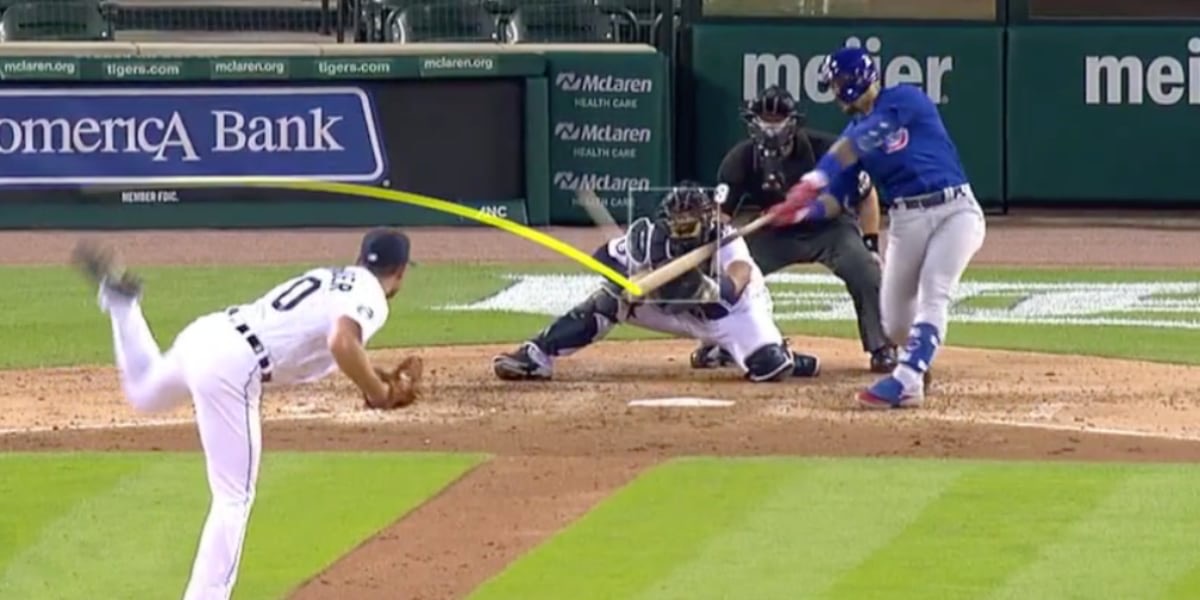 THAT is what we have needed to see from Javy Báez for so long. It doesn’t mean he’s “fixed,” and it doesn’t mean there won’t be tribulations the rest of the way for him. But sitting back and then going with power to right field? That’s such a huge part of his game, and it’s been entirely absent.

It’s a long way at Comerica to put a ball out there. But Báez has that kind of bat speed and power. Which means he can afford to stay back that fraction of a second longer to buy himself a little more time. When he does? Boom.