Roster Moves Coming, Hoerner's AB, Winning with the Core, and Other Cubs Bullets Skip to content 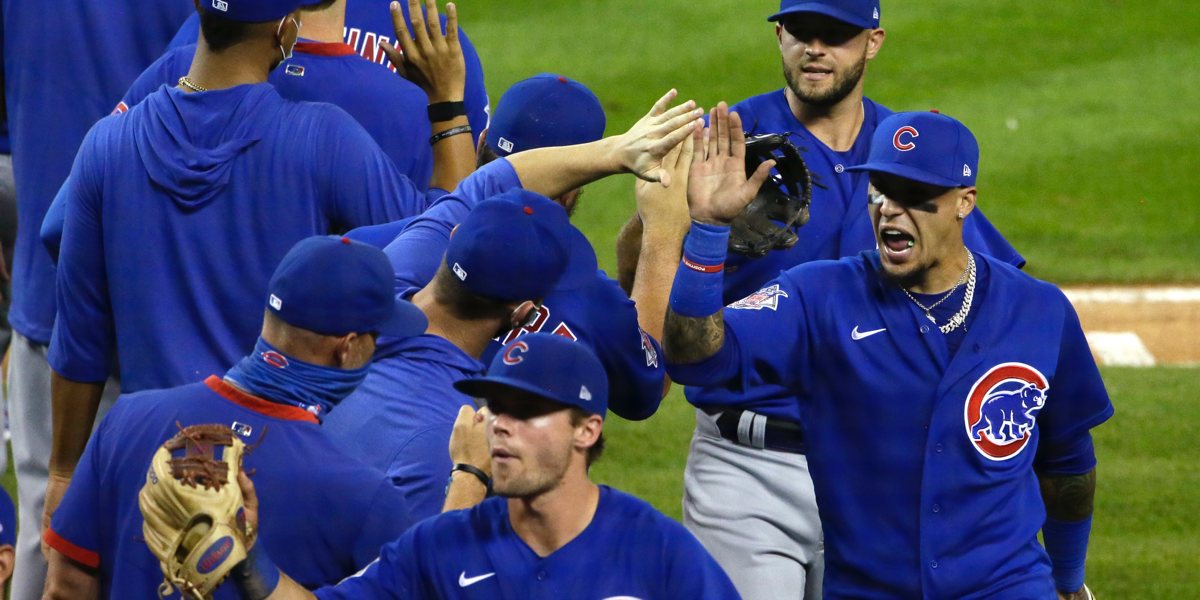 I will eat nothing but hot dogs all day Sunday and Monday for the Trade Deadline coverage. It is dumb and it will be gross, and it is all in support of Make-A-Wish. Please check it out. These are hard times for charities like Make-A-Wish, for understandable reasons.

•   Tyler Chatwood (starting) and Jose Quintana (bullpen) return tonight for the Cubs, and although it’s a different role than Quintana is used to, it turns out he’s been practicing a bit as a reliever in some of his simulated appearances (Cubs.com). He’s happy to be back, and to fulfill whatever role the Cubs need. Love that buy-in, and I remain bullish on how Quintana could really help the Cubs out of the bullpen this year. With apologies, his ability to max out a contract was already gobbled up by his fall-off late last year, his longer-term trends, and the pandemic. So, let’s all just accept the reality, and see him out there pitching meaningful innings the rest of the way.

•   As for the roster moves coming, it’s the best bet for the moment that the Cubs will move out the two lowest-totem-pole relievers, which would probably be optioning Jason Adam back to South Bend, and DFA’ing Duane Underwood, since he cannot be optioned anymore. If the Cubs don’t yet want to risk losing Underwood, they could instead move out someone like Ian Miller, who has made just one pinch-running appearance since replacing an injured Kris Bryant. That could at least buy you a little more time until Bryant or Steven Souza, Jr. return.

•   Nico Hoerner had maybe my favorite at bat that I’ve seen from him last night. Facing a righty with nasty stuff, Hoerner was subjected to the clear early book against him: stay down and away, and stay off-speed. That’s the book on a whole lotta young righties, but with Hoerner, the issue is less the whiffs and more his ability to put those pitches into play … for easy outs. You can see it in his zone profile at Brooks, with almost no success even in the strike zone so long as it’s low and away. But against Mize, he spat on that soft stuff away, away, away, eventually getting himself into a 3-1 count, and then spitting on another off-speed pitch away, even though it was a strike. That’s OK in a 3-1 count! If it’s not quite what you’re looking for, just take it. Then, with runners on base and a 3-2 count, Mize had to come back more into the zone, hanging a slider, and Hoerner was ready.

•   Hoerner was in there last night to start the game against a righty likely because of his ability to handle velocity (might be the best on the team), but there he was, executing an excellent plate approach against nothing but junk. I really loved to see it.

•   Speaking of working counts, Sahadev Sharma has much more on how the Cubs have been doing it, and what they haven’t been doing when they get there:

The Cubs bats are a patient group that sees more pitches in baseball than any other team and they're in favorable counts quite often. But are they taking advantage of those situations often enough? Another dive into this offense: https://t.co/MLq9vx430K

•   A lot of it tracks with what your instincts watching the team have showed you: the Cubs get into a whole lot of favorable counts, but when runners are on base, they aren’t doing enough damage in those counts. A singular issue in that situation? The Cubs wind up seeing, and taking, a lot of off-speed pitches when they are ahead in the count with runners on base. In other words, they’re probably looking fastball (as they normally should be), and they’re not getting it. That could be an artifact of the book on the guys in the Cubs lineup, or it could be an artifact of the pitchers the Cubs have faced (maybe they’ve faced a disproportionate volume of pitchers who are comfortably able to throw strikes with their offspeed stuff when down in the count).

•   More generally, I mention this:

Grinding at bats/working deep counts is good *if it happens organically as part of your plate approach.*

What you don't ever wanna do is take pitches just to take pitches in service of "grinding an at bat." Hitter's goal is to get a pitch to drive, whether pitch 1 or pitch 10.

•   In any case, the core here is the group that’ll have to put the offense together, as David Ross told Sharma: “We’re going to live and die with the core guys here. We’re going to be as good as those guys are. That’s our strength, those are the guys that are going to carry the day for us. Those are guys that if we want to go to the place that we expect to go, those guys have to be good. You gotta trust them, you gotta let them work through the ups and downs of a season in general.”

•   Outfielder Steven Souza Jr. (hamstring) is heading to South Bend today to start getting some game-ish action (Gonzales). That’s a mighty quick return for a hammy, and if Souza could be back to the Cubs by the end of the week, that’s nice to get a righty bat back for the outfield mix before Monday’s Trade Deadline. That’s not a lot of time or leverage, but still, you feel a little less backed-up to the wall to get another outfield bat from the right side.

Tonight the #Cubs get to #FlyTheW for the 11,000th time in regular season team history.

•   Kitchen supplies, baby stuff, memory cards, and more are your Deals of the Day at Amazon. They also have their big Summer Sale still going on. #ad